Arizona D-backs CEO Derrick Hall told 12 News that the information in the Las Vegas-Review Journal report was result of the city expressing interest in the team. 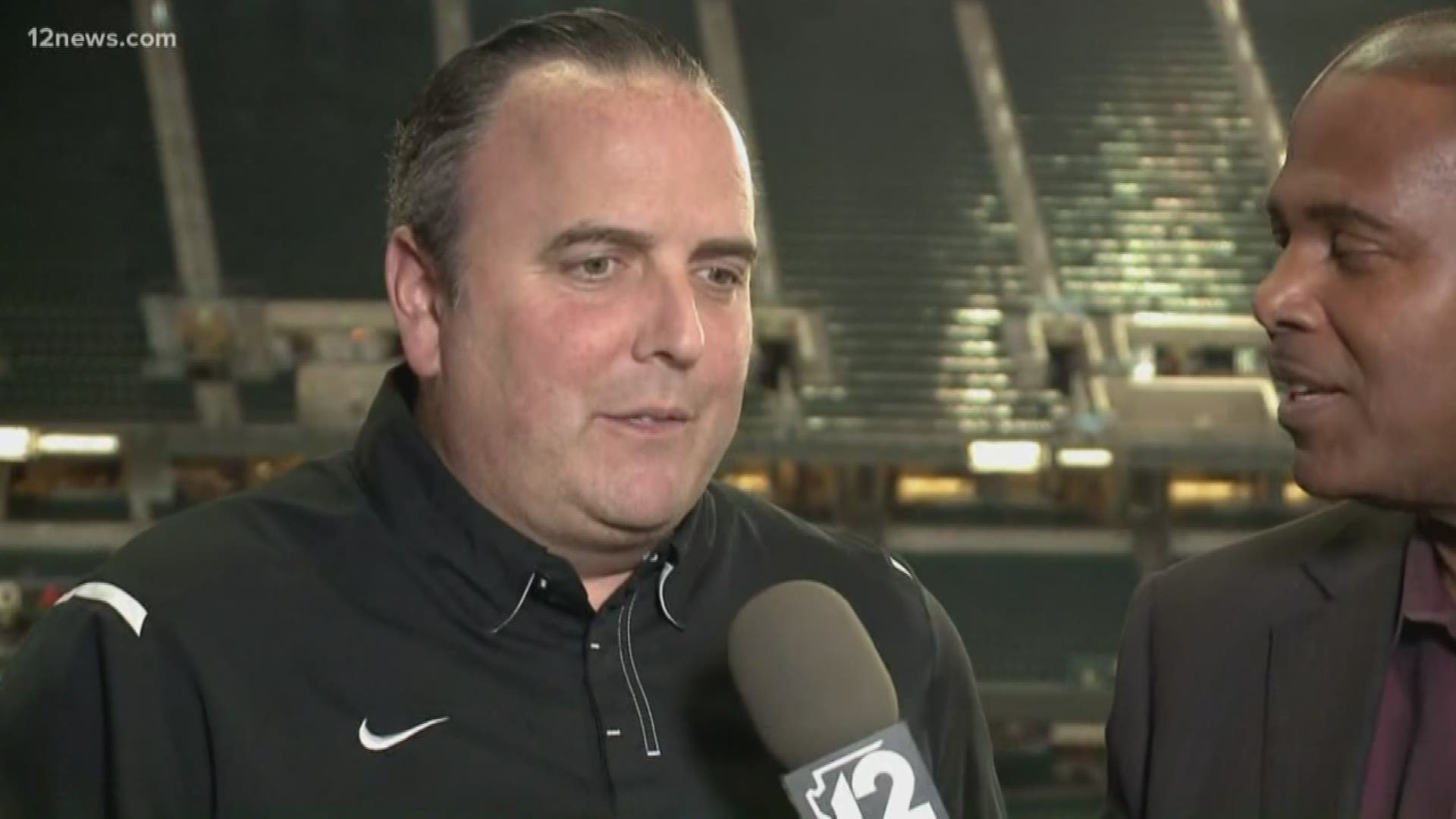 PHOENIX — The CEO of the Arizona Diamondbacks continued to stress that the team is staying put in the state amid a recent report that found the team signed a nondisclosure agreement with the city of Las Vegas last year.

Derrick Hall told 12 News on Friday that the report from the Las Vegas-Review Journal was the result of the city expressing interest in the team—not necessarily the other way around.

"There were a lot of places outside of Phoenix and outside of Arizona that expressed interest when we had this (request for proposal) process, it's them merely expressing that interest," Hall told Team 12's Bruce Cooper.

"But for us, we're focused on Arizona and we want to stay in Arizona. We're seeing what we can do here in this building or anywhere else in Maricopa County," Hall continued.

PREVIOUS: Nevada city tried to lure the D-backs from Arizona, but team says they want to stay

"It's flattering that there are other places that want a team, and in particular maybe ours, but I can tell you right now all we're doing is looking at Arizona."

The report from the Review-Journal said the agreement between the team and the city of Las Vegas was "executed" on Aug. 14, 2018.

The agreement indicated that both parties "were evaluating or pursuing 'certain mutually beneficial opportunities.'"

The paper reported last month that the city of Henderson "quietly" began an attempt to pull the D-backs away from Phoenix and into Nevada last year.

According to records obtained by the Review-Journal, the two sides were in talks "as late as February."

But the D-backs can't make a move like that without the permission of Major League Baseball.