On Tuesday night, a report surfaced that the defending World Series champion Houston Astros may have been caught trying to steal signs during Game 1 of the American League Championship Series in Boston. 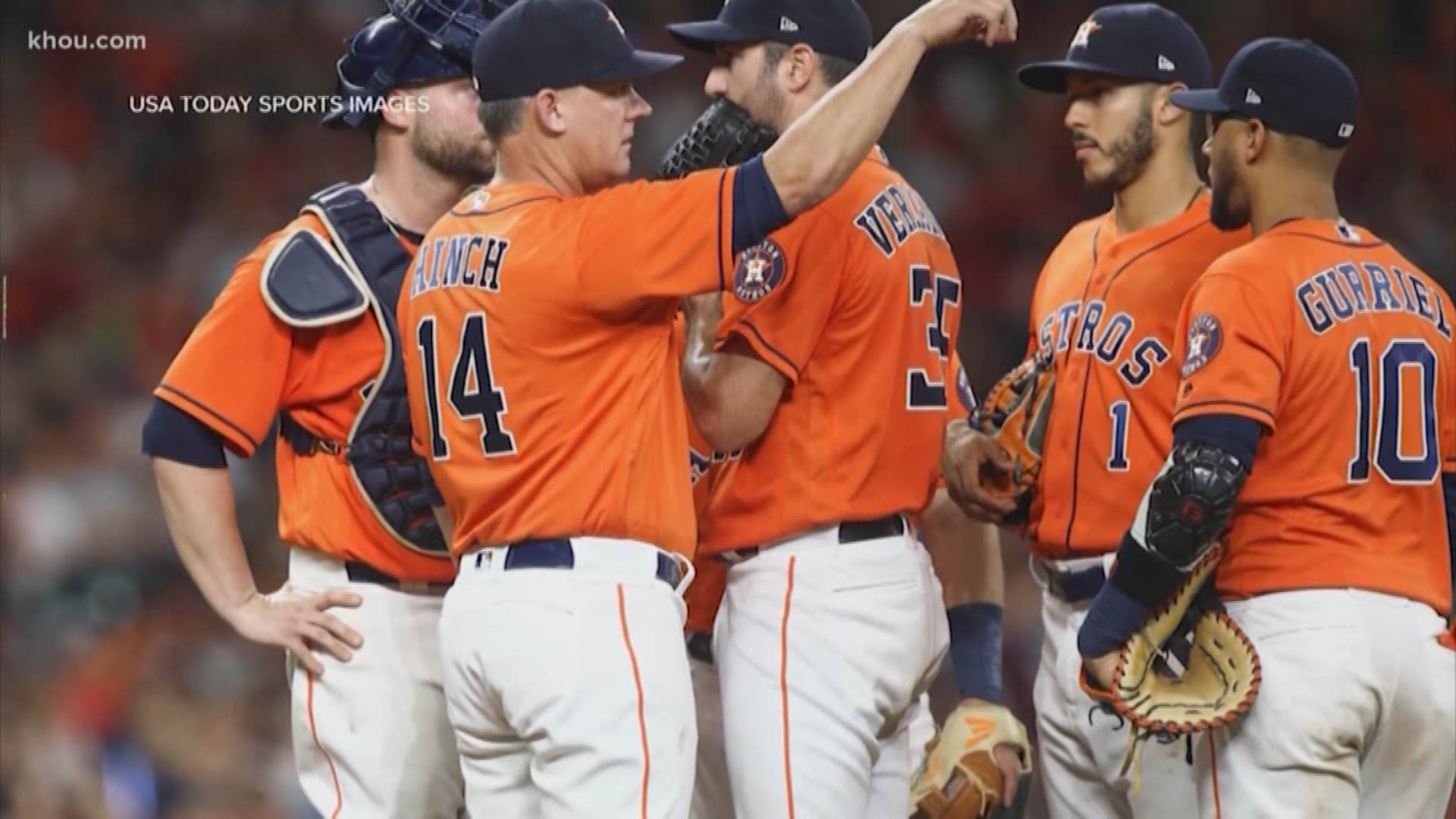 HOUSTON — Stealing signs has been a part of baseball for as long as popcorn and Cracker Jack.

On Tuesday night, a report surfaced that the defending World Series champion Houston Astros may have been caught trying to steal signs during Game 1 of the American League Championship Series in Boston.

Boston Metro reported Fenway Park security removed a man in a first-base photo pit claiming to be an Astros employee. He had a small camera and was texting on his cell phone.

Major League Baseball issued a statement, obtained by USA TODAY Sports, saying it's aware of the matter and it will be handled internally.

The Red Sox players say they were unaware of the report, but general manager Dave Dombrowski said that MLB informed him of the incident, although he said that he didn’t believe it had an impact during their Game 1 loss.

The champions also are under scrutiny for Game 3 of the AL Division Series in Cleveland. The Indians filed a complaint to MLB about a man associated with Houston attempting to film in the Indians' dugout, according to the Associated Press.

On Oct. 8, during the Astros' series-clinching win at Progressive Field, a man with a cellphone standing by the photographers' pit was removed "several times" by security personnel, a person familiar with the situation told the Associated Press on Tuesday night. The man's credential was requested by Houston, according to the person, who spoke on condition of anonymity because of the sensitivity of the matter.

“I’m always concerned about that throughout the season,’’ Cora said. “We don’t get caught up on the whole paranoia thing of the signs. We try to slow it down. If we feel there’s something going on, we switch the signs.’’

When asked if he felt like anything was going on the first two ALCS games at Fenway Park, Cora responded, "No, I don't."

Said Hinch: "I haven't been briefed. I'm worried about the game."

Just before the eighth inning, with the Red Sox clinging to a 3-2 lead, TV cameras caught Andrew Benintendi and Mookie Betts inspecting and comparing baseballs, perhaps to see if they had been doctored.

So if the Astros are stealing signs, something has gone wrong with the technology.

Earlier this season, Indians pitcher Trevor Bauer intimated on Twitter that Houston's pitchers may have been using banned substances to improve the spin on their pitches. Bauer didn't provide any specifics but his comments set off a social-media storm.