A week after a potential plan was reported that the MLB could teams begin their seasons in Arizona, Gov. Doug Ducey said the state is interested. 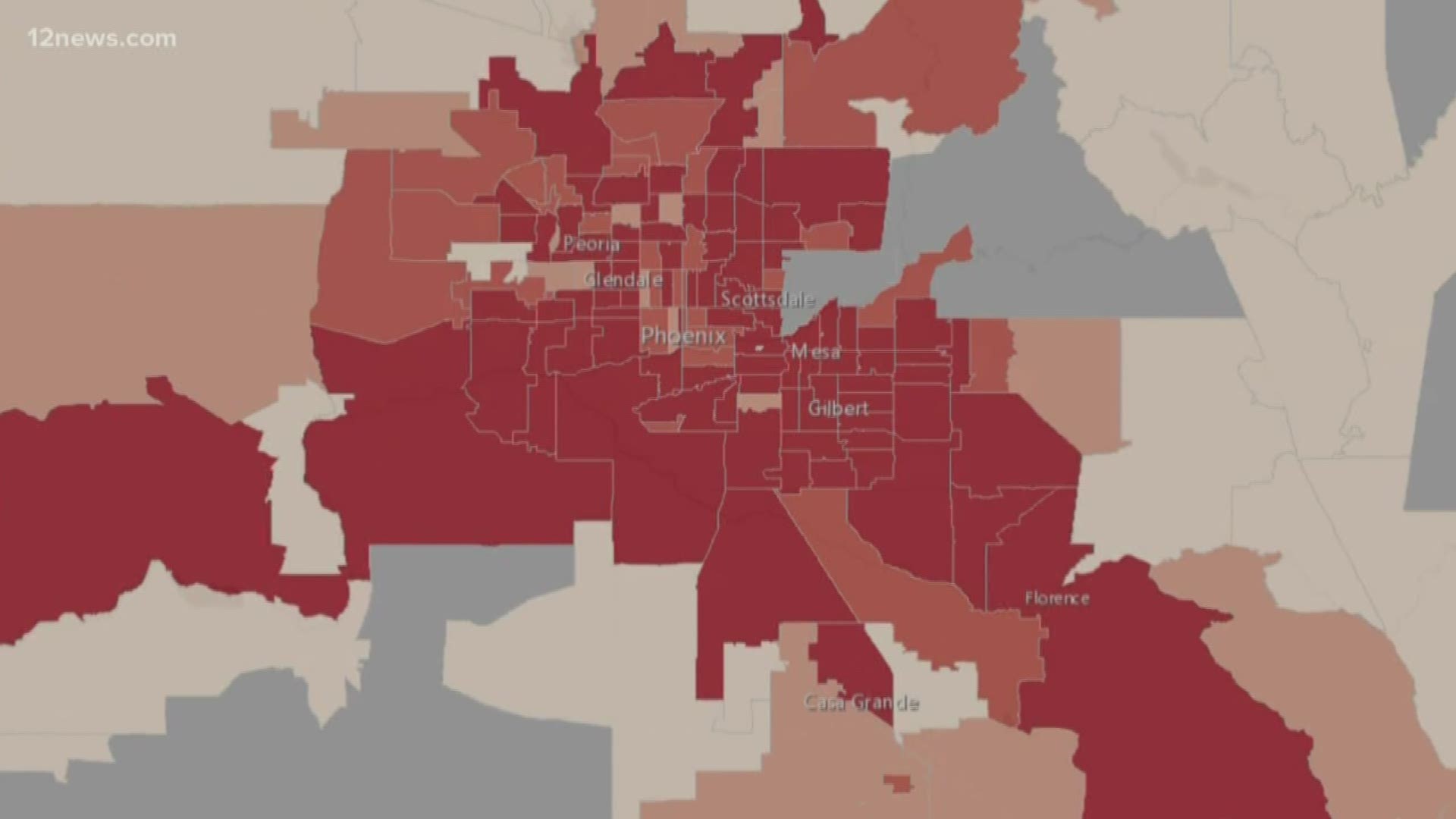 PHOENIX — About a week after the report surfaced that Major League Baseball could be interested in beginning its season with all 30 teams playing Arizona in front of no fans, Gov. Doug Ducey said the state is "very interested" in hosting the MLB.

On April 6, ESPN's Jeff Passan reported baseball was looking into multiple plans for a return, with one potential plan having each MLB team beginning their 2020 season playing games in front of no fans either at Chase Field or one of the 10 spring training facilities in the Valley.

"Players, coaching staffs and other essential personnel would be sequestered at local hotels, where they would live in relative isolation, and travel only to the stadium and back, sources said," according to Passan.

Other plans came out in the past week suggesting the MLB could have half the league begin in Arizona and half in Florida.

At Gov. Ducey's press conference Tuesday, he said Arizona is open to hosting whatever Major League Baseball would like.

Major League Baseball put out the following statement on April 7 regarding Passan's report, saying they have discussed playing games in one location but have not settled on that option or developed a detailed plan.

In his April 6 report, Passan said officials with the CDC and National Institute of Health are supportive of a plan that would "adhere to strict isolation and promote social distancing."

"While the possibility of a player or staff member testing positive for coronavirus exists, even in a secured setting, officials do not believe that a positive test alone would necessarily be cause to quarantine an entire team or shut down the season, sources said," Passan writes.

PREVIOUSLY: Report: Baseball could be eyeing potential May return with all 30 teams playing in Arizona

This could mean teams will have larger rosters to account for players testing positive for coronavirus and to also counteract the heat in Arizona.

Chase Field has a roof, but the 10 spring training stadiums do not.

The plan would require the league to figure all logistics and buy-in from players who may not want to separate from their families during the pandemic to play in Arizona.

According to Passan, after a two- to three-week training camp that would take place for teams in Arizona, the MLB could consider beginning its regular season, sources said.

Additionally, Passan reports the MLB and MLBPA are considering further changes to the game due to the coronavirus pandemic, including:

- Implementing an electronic strike zone to allow the plate umpire to maintain sufficient distance from the catcher and batter
- No mound visits from the catcher or pitching coach
- Seven-inning doubleheaders, which, with an earlier-than-expected start date, could allow baseball to come closer to a full 162-game season
- Regular use of on-field microphones by players, as an added bonus for TV viewers
- Sitting in the empty stands 6 feet apart – the recommended social-distancing space – instead of in a dugout

In addition to teams, the league and players, the sides will also have to work with local television contracts.

NCAA to give spring sport athletes extra year of eligibility