It was announced in 2018 the Super Bowl was returning to Glendale, now, the date is set. 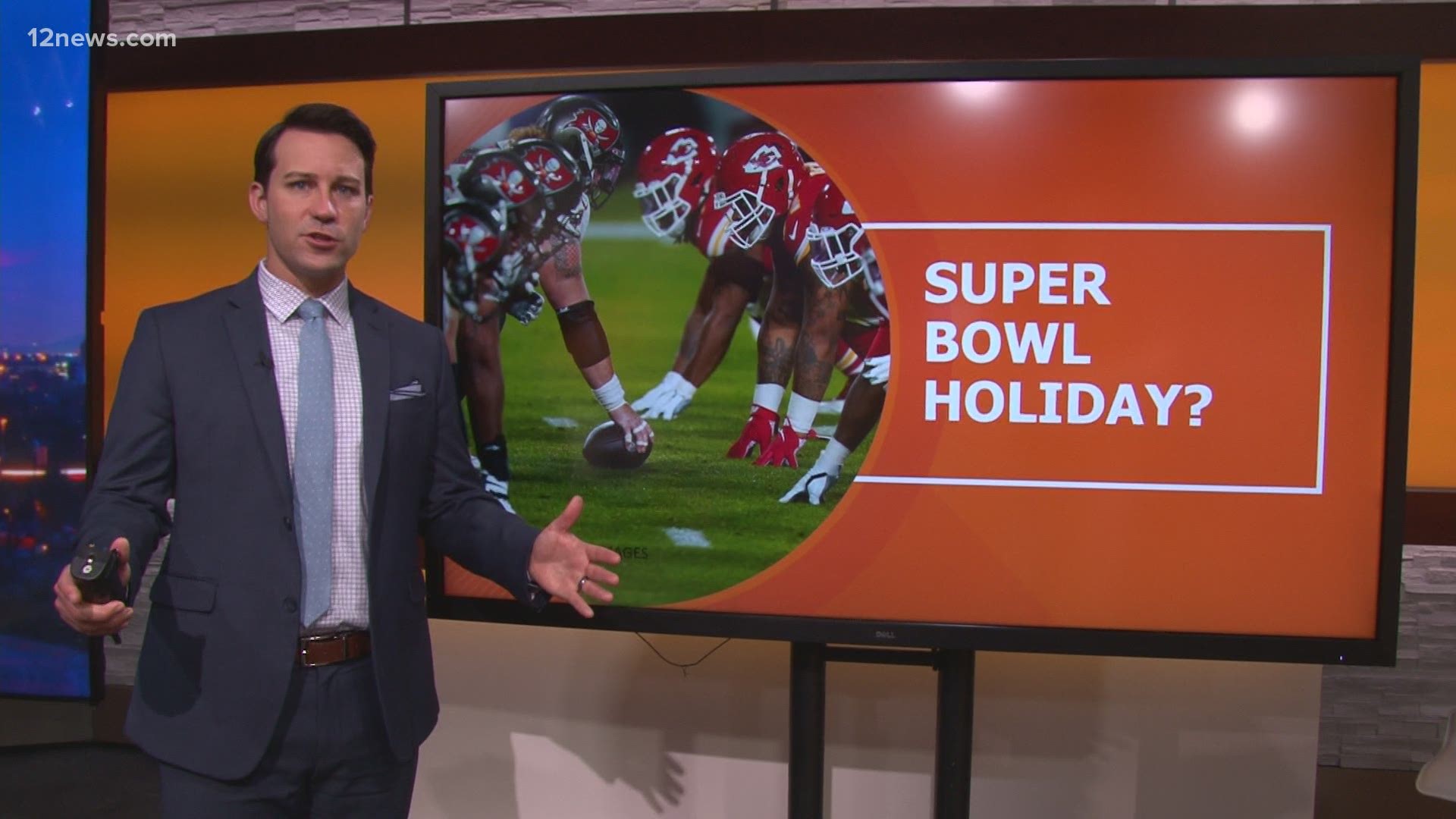 GLENDALE, Ariz. — The NFL and Arizona Super Bowl Host Committee announced on Wednesday that Super Bowl LVII (57) will take place at State Farm Stadium in Glendale, the home of the Arizona Cardinals, on Feb. 12, 2023.

It was announced in 2018 the Super Bowl was returning to Glendale, now, the date is set.

It's the fourth time the Super Bowl is heading to Arizona. In 1996, the championship took place at Sun Devil Stadium and at State Farm Stadium in 2008 and 2015.

This upcoming season will be the first year that the Super Bowl is not played on the first Sunday in February since 2003, because the NFL is expanding to a 17-game regular season. Therefore, the game will instead begin taking place on the second Sunday in February.

The State of Arizona is joining South Florida, Tampa, New Orleans and Los Angeles as the only sites to host the Super Bowl at least four times.

The @NFL and @AZSuperBowl Host Committee have announced that Super Bowl LVII will be played at @StateFarmStdm on Sunday, February 12, 2023.