Will the Arizona Cardinals have a postseason? Here are the questions the team must answer

As training camp gets underway this week, there are several big questions which the Cardinals needs to answer if hopes of a postseason are in play. 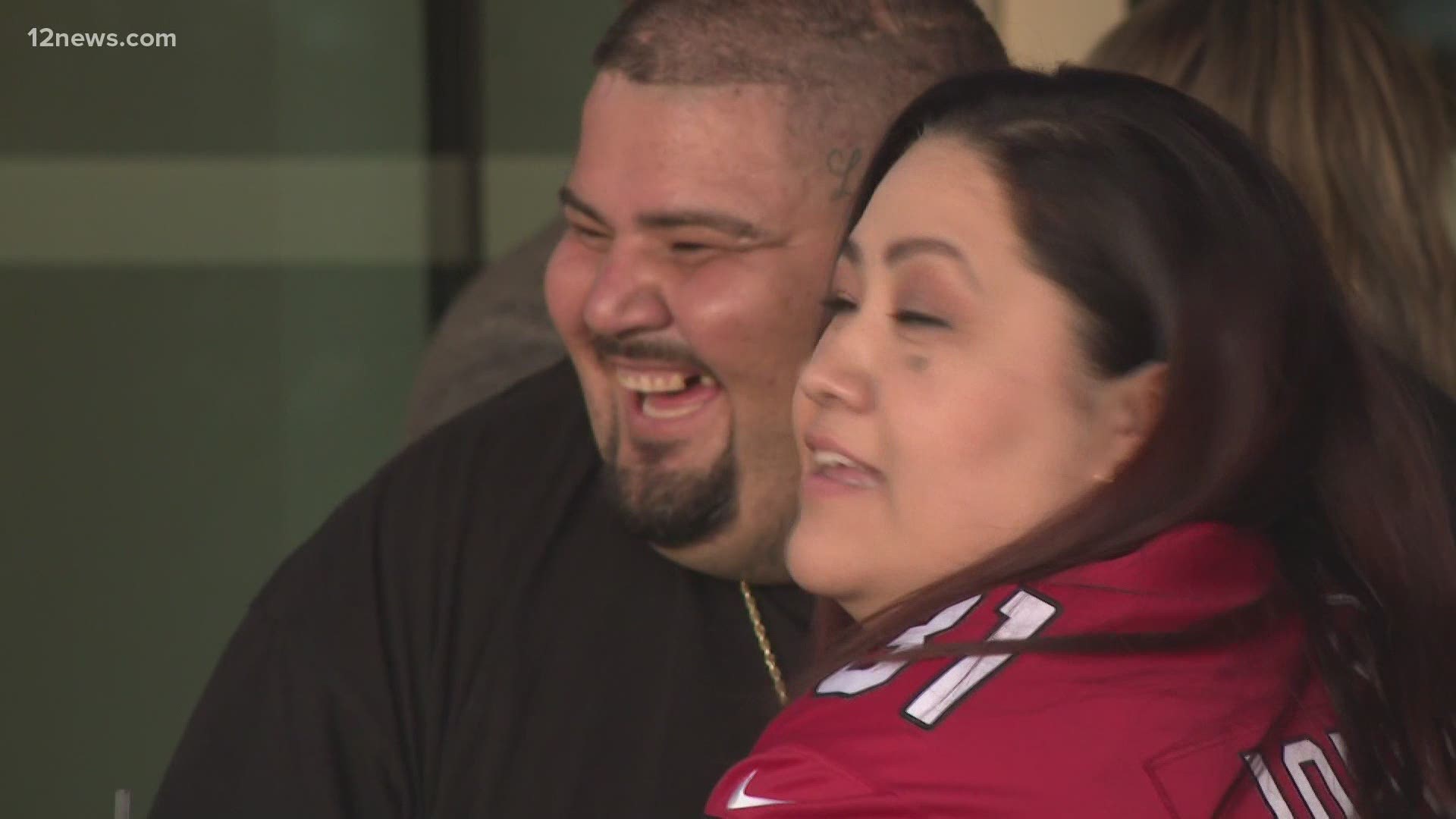 ARIZONA, USA — If the season is half as successful as the off-season, the Arizona Cardinals might just be the most intriguing turnaround story in the NFL.

General Manager Steve Keim probably feels like he’s done enough to turn this 8-8 team into a playoff lock. But, there are no guarantees in the NFL, and games are not won on paper.

As training camp gets underway this week, there are several big questions which the team needs to answer in a favorable way to make the postseason.

What did Kliff Kinsbury learn from two seasons of NFL head coaching experience?

The question marks were there when Kingsbury was hired for the gig after being fired with a losing record at Texas Tech.

Many of those questions still exist as Kingsbury enters his third year with the Cardinals. From questionable play calls, to icing his own kicker, to clock/timeout management, Kingsbury is out of excuses with a fanbase ready to win right now.

As with any human who makes mistakes though, these issues are correctable if treated as learning experiences. Kingsbury’s decision-making will be under a microscope early and if he can navigate the end of games, this team can and should make the playoffs.

How does the new-looking defense come together?

Aside from maybe cornerback, Vance Joseph has all the tools he wants to take his defense to the next level.

The organization showed commitment to Joseph’s plan by drafting defense in the first round and putting Tulsa LB Zaven Collins in a starting role right away. Collins will be paired with second-year pro Isaiah Simmons as two of the rawest, yet talented backers in the NFL. Those are two massive question marks in the middle of defense trying to slow down the Russell Wilson, Matt Stafford and Jimmy Garoppolo-led offenses in the NFL.

Adding JJ Watt to a defensive line which is arguably the most dominant position group of the unit could be key to the team’s success if Chandler Jones isn’t traded.

Rashard Lawrence, Zach Allen, Leki Fotu and Jordan Phillips are all expected to be major contributors alongside two future Hall of Famers being Watt & Jones.

Budda Baker is the unquestioned leader of the secondary, but this is where the questions become vital. Patrick Petersen is a Minnesota Viking and this leaves Malcomb Butler, Robert Alford and Byron Murphy to fight for playing time at cornerback. Butler is big and physical but hoping to prove he’s not on the downside of his career. Murphy is quick and athletic, but still hasn’t proved the ability to cover alone on the outside, and Alford hasn’t played in two seasons after injuries derailed his year in training camp both years as a Cardinal.

There are a lot of moving pieces and a ton of inexperience, but the ability of this unit to gel and execute Vance Joseph's exotic blitz packages will be key to competing in arguably the toughest division in football.

Is the kicking game a problem of the past?

At this point, you’re asking why the kicking game is a question ahead of Kyler Murray’s progression and Rodney Hudson’s impact on the offensive line?’

If Zane Gonzalez made late-game kicks against either the Patriots or Dolphins, the 2020 Arizona Cardinals would have been in the playoffs.

Insert Matt Prater and Steve Keim feels like he has added the most reliable placekicker on the market. Prater was a model of consistency in his seven years with Detroit and putting the Cardinals kicking woes in the past is key to winning close games down the stretch.

Phil Dawson #4 of the Arizona Cardinals kicks a 57 yard game winning field goal against the Jacksonville Jaguars in the second half at University of Phoenix Stadium on November 26, 2017 in Glendale, Arizona. (Photo by Christian Petersen/Getty Images)

Kyler Murray taking the next step, staying healthy and remaining consistent through what is now a 17-game schedule is immensely important to the growth of this team. If Murray can do all of these things in year three, he won’t just lead the Cardinals to a playoff spot, he will be in the discussion for MVP.

We still have no idea if the greatest wide receiver in Cardinals’ history is coming back. The Cardinals have repeatedly said they want Fitzgerald to be a part of this team and are giving him all the space, he needs to decide. Stay tuned.

Anyone other than Deandre Hopkins?

DeAndre Hopkins is not a question mark, but virtually everyone else in the wide receiver room is. Who will be the number two and three option in an offense lacking TE talent and major questions at the RB position?