Andrew Chapman, broadcaster for the D-backs Double A affiliate Jackson Generals, was going through some footage when he discovered video he didn't shoot. 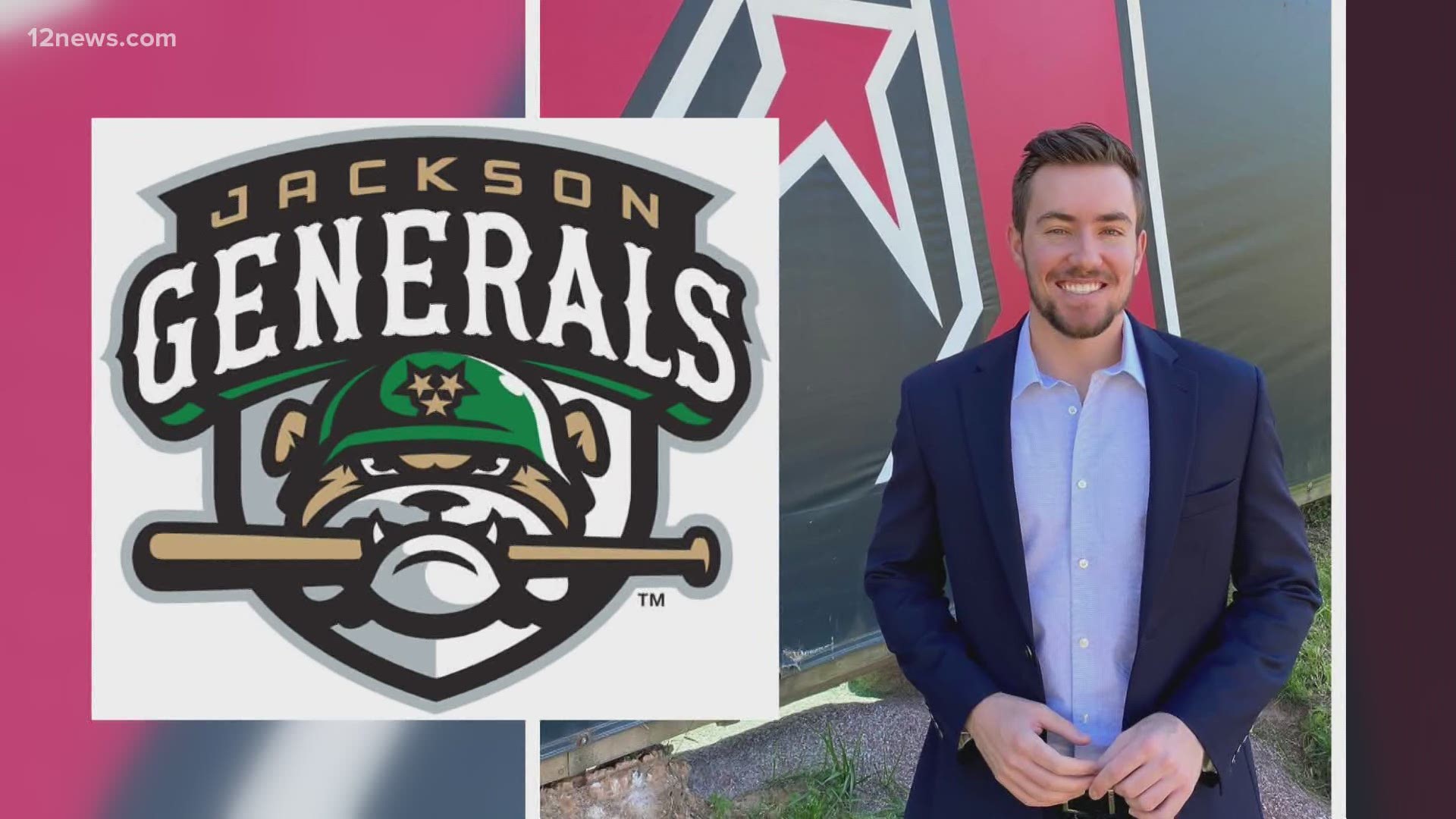 PHOENIX — Call it a uniquely quarantine story. How would you feel if you found out someone broke into your place of work while you weren’t there, only to leave a behind video? It sounds like something out of a movie right?

Well, that’s exactly what happened to a former ASU Cronkite grad. Andrew Chapman, broadcaster and media director for the Jackson Generals, the Arizona Diamondbacks Double-A affiliate, was going through some footage from a recent team charity event, when he discovered a piece of video that he didn’t shoot.

“You know, I haven’t touched this camera in months, so who would’ve recorded something?” said Chapman. “My curiosity turns to utter shock when I realize this kid snuck into the ballpark, walked into a press box that was unlocked and decided to sit down and film a testimonial introducing himself."

From the kid in video: “It’s April 26, 2020. I decided to sneak into the ballpark amidst all this, you know, quarantine s---. I was very bored, sitting at home, you know. Not continuing my future like I should have been. Been stuck inside. And I figured I would leave something on this camera I found in case all this gets back to normal and someone finds this. And I’m sure someone will because this stadium is bound to open up at some point… To anyone who does find this, I hope you’re doing well, I hope your family is doing well, and I hope you didn’t shafted out of your plans for the future like I did.”

“He told us about his future and wanting to get ready to purse a college degree that was temporally put on hold,” said Chapman. So he was a little disappointed about that. Sounds like it was just a kid going through a hard time.”

No harm, no foul. Nothing was stolen or really even touched so the team didn’t press any charges. Chapman was able to find the kid after launching a social media campaign, but is choosing to keep his name private.

“He reached out to me and was very apologetic. A lot of people on social media kind of got a laugh out of a kid breaking quarantine and sneaking around a ballpark. But we would prefer our fans buy tickets.”

RELATED: Zach Hoffpauir was a star athlete. No one knew what was happening inside his head.