'It was a labor of love': Meet the Valley family business that came up with the first Suns logo

A logo can create a legacy. It can become a classic, a throwback or simply a memory. 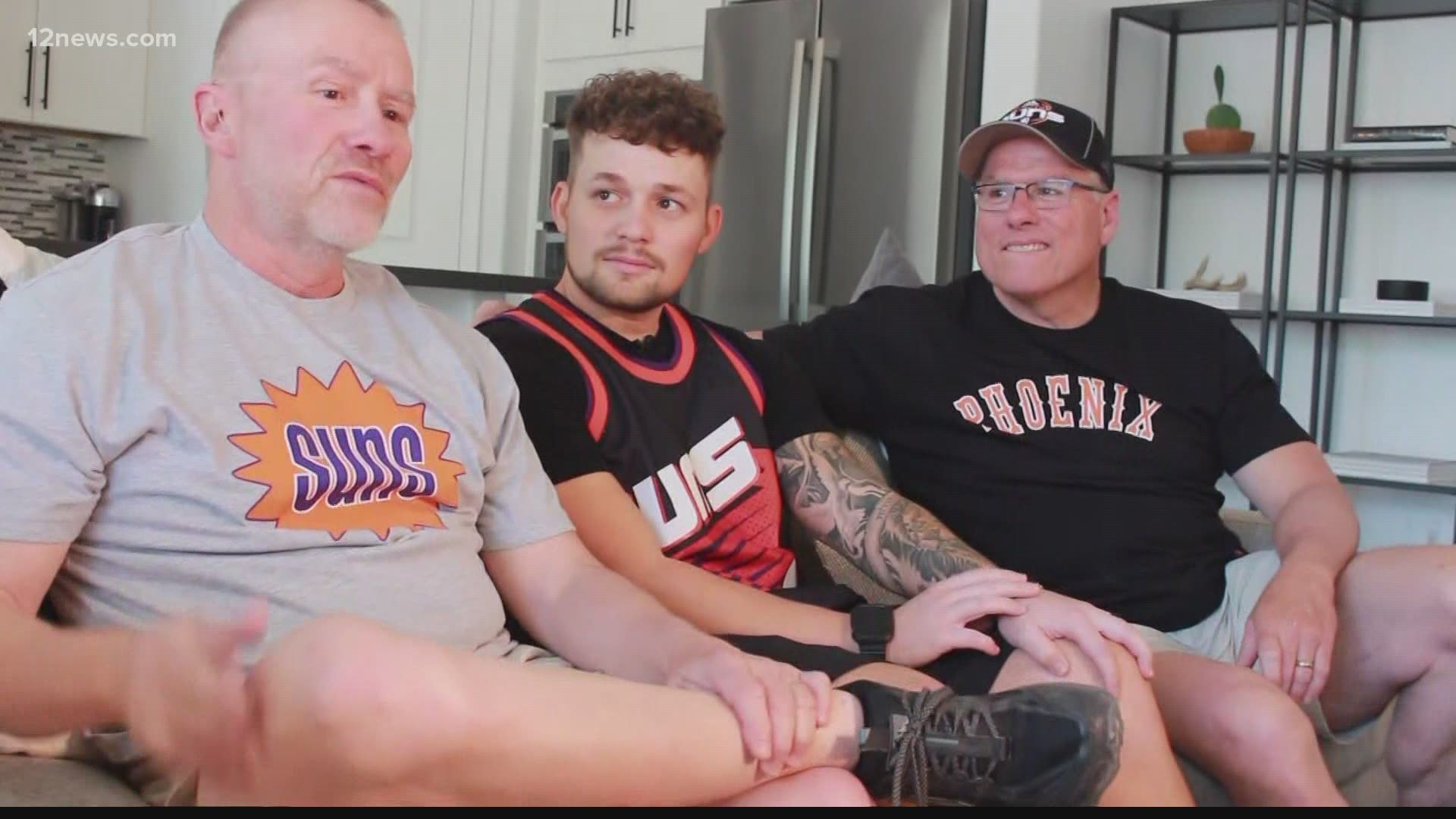 PHOENIX — A logo can create a legacy. It can become a classic, a throwback or simply a memory.

In 1968 the Phoenix Suns had none of that. They were just beginning as a new franchise, and they needed jerseys and a design.

That’s where Mary Crabtree came in.

Phillip was eight when he said his mother sketched out a design before meeting with Sun officials over a family room table.

“They met with Jerry Colangelo and they designed this original starburst where the Suns is the same upside down or right side up,” Phillip said.

It was the beginning of a more than 20-year relationship. Mary, with the occasional help from one of her sons, would stitch every letter.

She would make banners for the ring of honor and advertisements to hang at the Madhouse on McDowell.

When the lettering changed, she was behind it.

“We cut every letter, they were all sown on the jerseys by hand,” Phillip said.

“It was a labor of love.” Bill Crabtree, Mary’s youngest son, said. “Amazing, that she had that creativity to do that.”

Jersey’s were valuable back then. The Crabtrees remember recycling jerseys to save on costs. At times they would learn of trades a day or two early because they had to recycle a uniform.

Over those two decades, the entire Crabtree clan became Suns fans. In the early years, they would often have tickets left for them at will.

“It’s been something that has united us really,” Bill Crabtree said.

Even after leaving the business in 1989, Mary was a die-hard Suns fan.

“My grandma would get so mad at Charles Barkley because he could not make his free throws,” Justin Crabtree, Mary’s grandson, remembers.

Even until the end, Mary loved the Suns.

“When she was in hospice that was the one thing on the tv the entire time,” Justin said.

Mary would pass away in 2011. However, her legacy is still felt by her family, and in the very fabric of the team she loved.

“I think about my grandma writing these hand sketches and something as big as a suns logo was done on a sketch pad with two guys in a living room,” Justin said.

The Crabtrees are still fans. Bill and Justin were at Game 2. All are hoping to see the Suns raise a championship banner for the first time.

“I just hope now, this year, we get to lift the banner," Justin said. "That's going to be so cool for us that when we look up, even if she didn’t design it or didn’t stitch it, we will still see her in it."