Churchill Downs officials said there will be no fans at the track during Derby week due to an increase in COVID-19 cases. 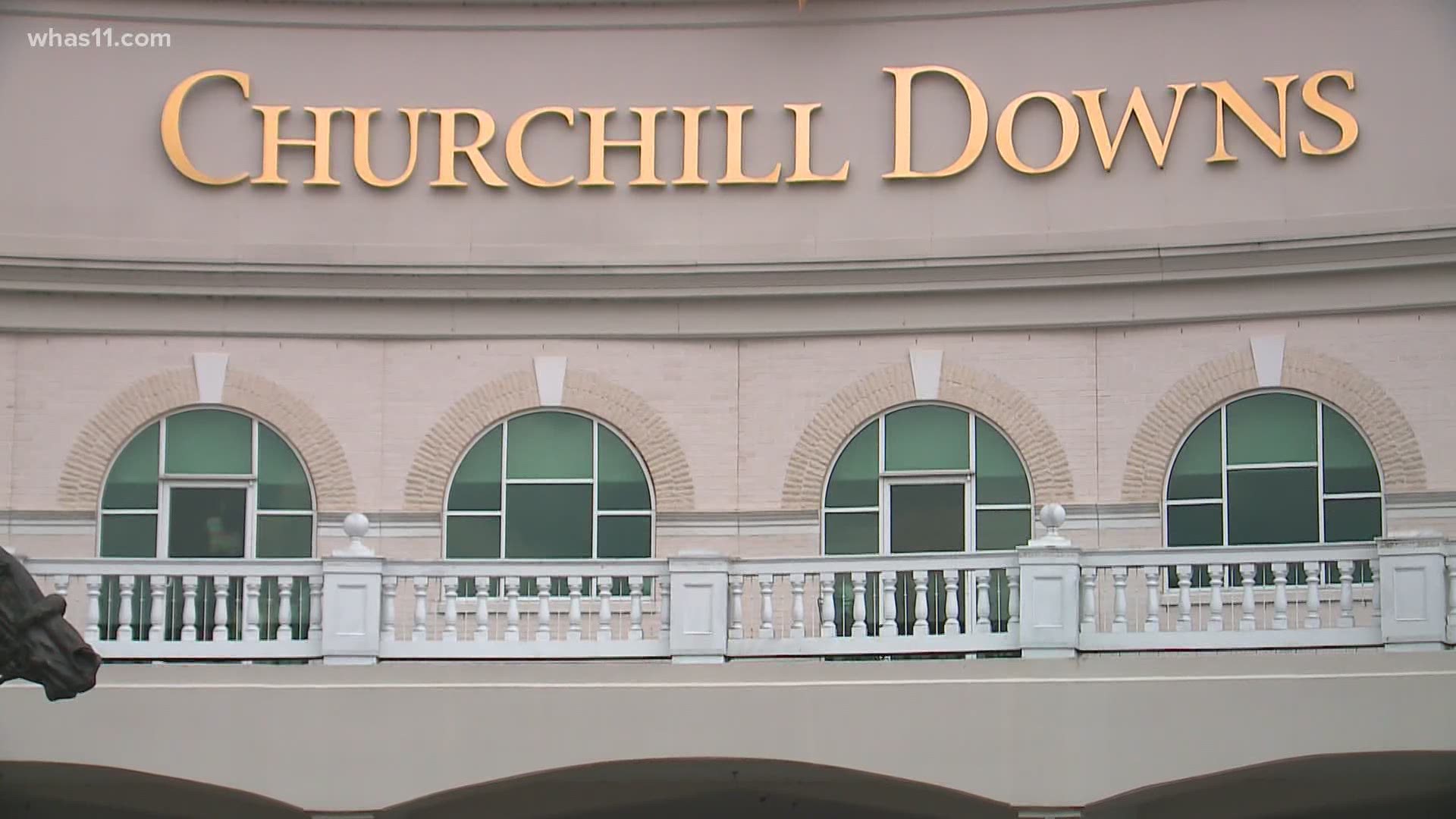 LOUISVILLE, Ky. — Churchill Downs has announced its decision to run the 146th Kentucky Derby without fans.

In a statement, racetrack officials said they reevaluated their previous plans due to a significant increase in COVID-19 cases in Louisville and across the region.

"We have made the difficult decision to hold this year’s Kentucky Derby on September 5 without fans. Churchill Downs and all of our team members feel strongly that it is our collective responsibility as citizens of Louisville to do all we responsibly can to protect the health, safety and security of our community in these challenging times and believe that running the Derby without spectators is the best way to do that. We deeply regret the disappointment this will bring to our loyal fans," Churchill Downs Incorporated said.

Racetrack President Kevin Flanery said the track was in constant contact with health officials, deciding it could not in good faith bring thousands of visitors into the city and into one place.

"We just couldn't figure out how to responsibly do it and bring those folks into the facility," Flanery said.

WHAS11 asked Flanery if recent calls to boycott or protest the Derby had a factor in the decision. Flanery said the Derby has been a uniting event in the past, saying "unfortunately given where everything is right now, we can't do that this year."

"I think when you look at all the circumstances, a lot of people are hurting who said in the past, 'We want that dialogue,'" Flannery said. "That dialogue will continue. I know that a lot of folks want to have meaningful conversation on it. We will be apart of that as we move forward."

He said the whole situation is about safety and they did not get a recommendation from the state, law enforcement or anyone else, to shut down.

Gov. Andy Beshear said he supported the decision. On Tuesday, Beshear announced Jefferson County was a "red zone" per White House data that showed a positive test rate of over 10%.

"I applaud Churchill Downs for continuing to monitor the virus and for making the right and responsible decision," Beshear said. "I am asking all Kentuckians to take action to stop the spread of the virus so we can get back to the many traditions we enjoy, like the Kentucky Derby."

Kim Wirth lives right next to the track and waits for the big race every year for people to pay to park at her home.

"It hurts us a little bit because our people that park with us are people that come every year so they are like family," Wirth said.

Another neighbor, David Tate, says it's going to put people back financially who have already been struggling. But he says atleast people will feel safe.

"Louisville being in the red zone per say and with these horses and folks coming in from not just the united states but all over the world. That can take this into the catastrophic category," Tate said.

In an interview with WHAS11 earlier this month, Mayor Greg Fischer said the city would have to reevaluate its plans for the Derby if cases continued to rise.

"We can control what this virus does if we take the precautions," Fischer said. "I know people are getting tired of hearing this, but until we effectively put those measures in place, the virus will continue to spread."

The decision means there will be no fans at Kentucky Oaks or any other races the week of Derby. Ticket holders will be automatically refunded.

"While we were hopeful for any amount of economic relief a reduced capacity Derby would have had for the hospitality industry and its 60,000 pre-pandemic jobs, it is something we have all been preparing for," said Karen Williams, President & CEO of Louisville Tourism. "Thankfully through today’s technology, fans from around the world can take part in the pageantry of the Kentucky Derby from the safety of their home...And it is our hope that the spotlight on Louisville converts some of those viewers into future visitors."

Flanery said the race's importance to the community was a major factor in trying to keep fans in the stands, but said they are looking forward to having the Derby with fans in 2021.

RELATED: 'We'll make our presence known.' Protesters plan to head to the track on Derby day