September is National Suicide Prevention Month and Dane White is using his voice to send a message to teens who might be struggling with thoughts of suicide. 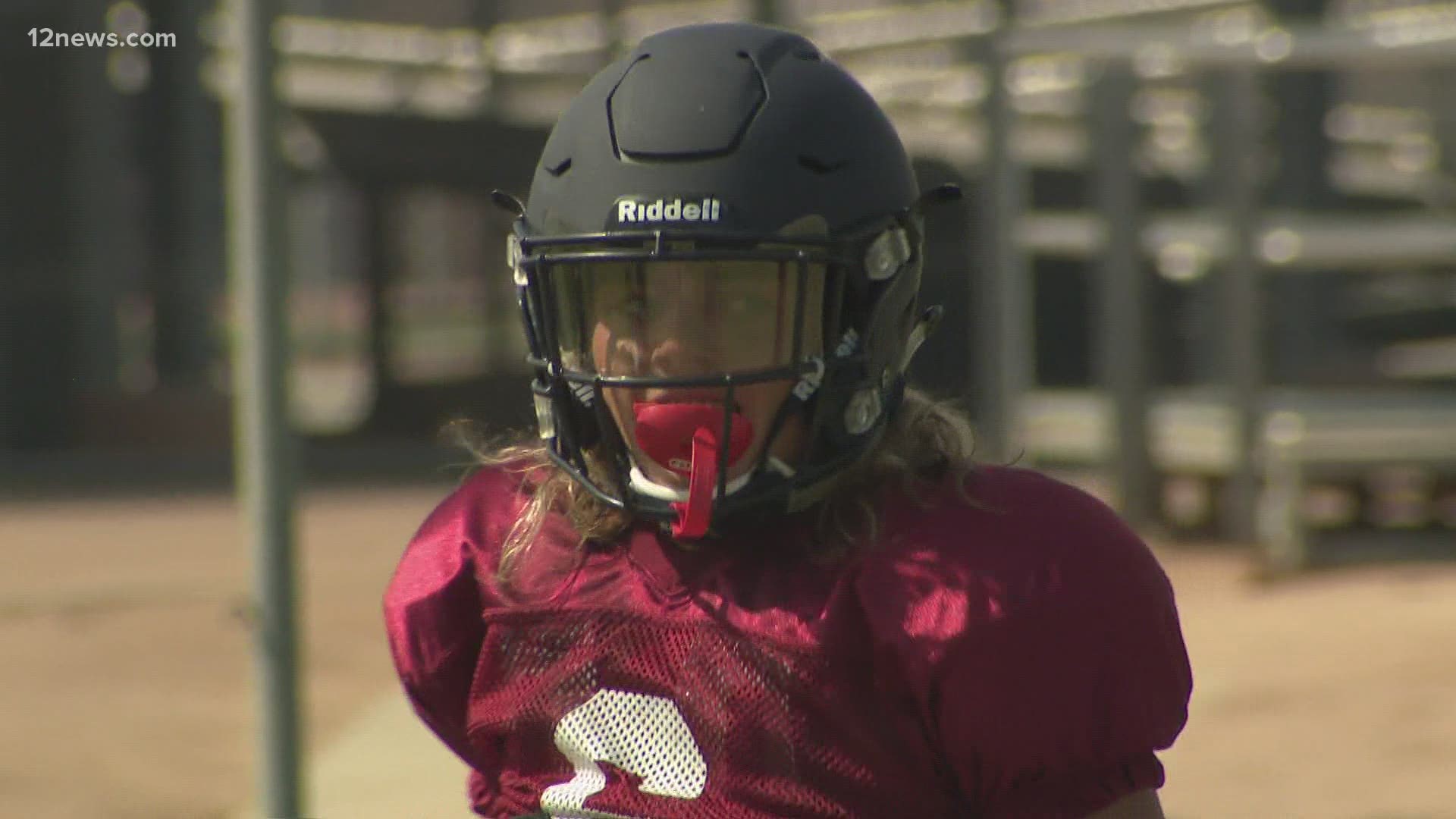 GILBERT, Ariz. — Perry High School senior Dane White finally took over as quarterback for the Pumas and he is using his platform in an incredible way.

September is National Suicide Prevention Month and White is using his voice to send a message to teens who might be struggling with thoughts of suicide.

“He’s always been that guy whether he’s playing or not. He has positive energy and positive attitude and leadership," Jones said.

With all that has happened in 2020, his leadership qualities might be the most important.

“When you’re getting adversity which has been a lot throughout the summer and spring, you always are kind of looking and gravitating toward your leaders and because he’s one of our leaders people are constantly looking to him,” Jones said.

White was one of them, and it is something that hits close to home for him. He had a family member take their life on his 16th birthday.

White has not talked much about it but wants to make sure others know they can talk to him.

“It’s some hard times right now for everyone, everyone’s going through things so we just wanted to get the word out that people will always be there for them.”

Perry High School has always had a football program that embraces the "more than a sport" mentality, and this year, Dane White is at the forefront.

According to Teen Lifeline, Arizona’s teen suicide rate is double the national average and the state ranks second in the nation for the rate of teen suicide.