The AIA said after Gov. Ducey's press conference Thursday, which did not give further direction on a school start date, practices can still begin Aug. 17. 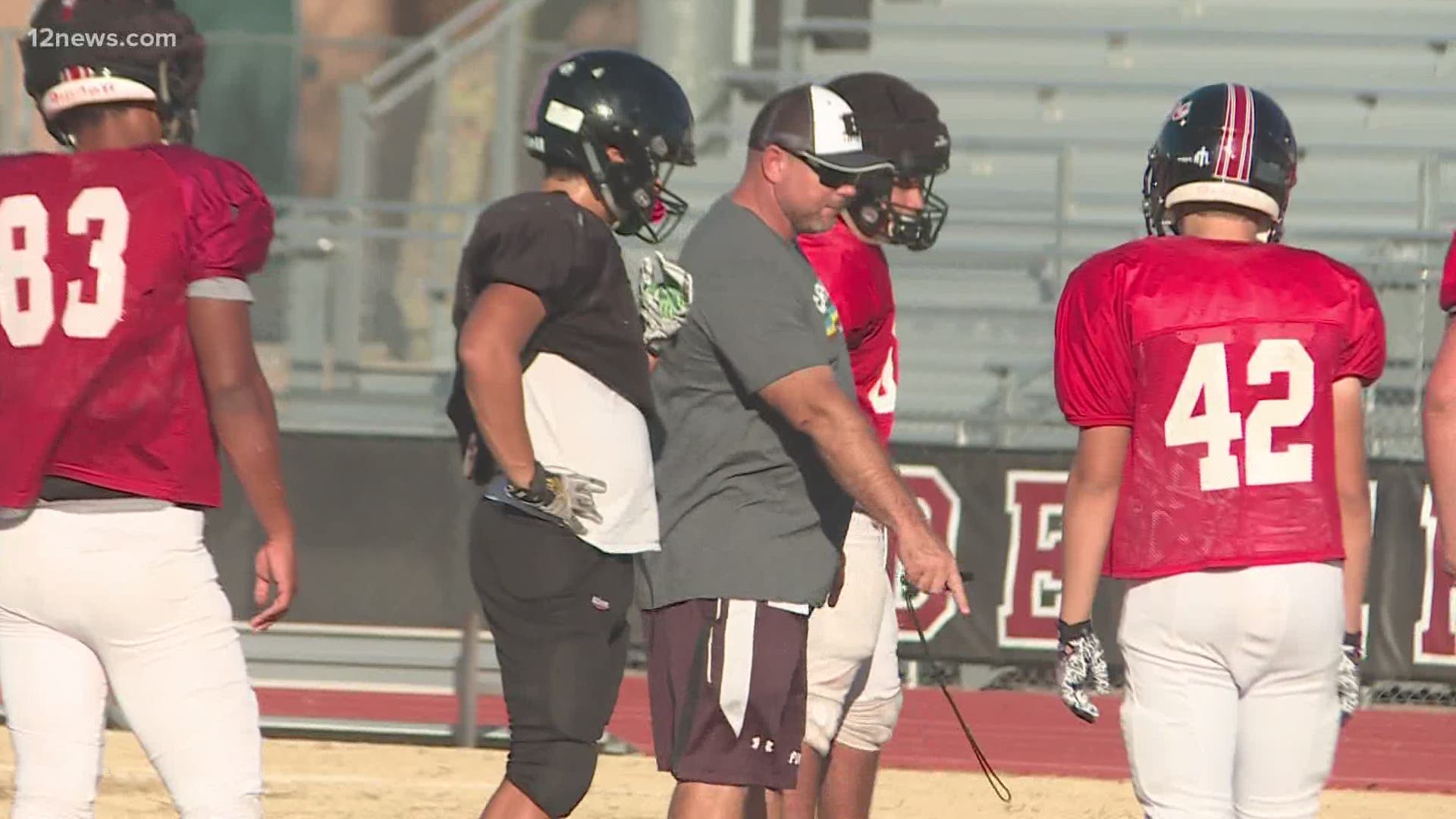 Gov. Doug Ducey issued a new executive order Thursday that provides millions of dollars for schools as educators plan for the upcoming school year, but he gave no direction for a statewide order on when campuses should reopen.

Schools were previously ordered to hold off on in-person classes until August 17, and Ducey is allowing school districts to formulate their own plans for reopening after that date.

On June 29, the AIA moved it's dates back for the fall season, saying sports practices would begin Aug. 17 and season start dates would be delayed, unless Ducey makes additional changes pushing those dates even further back.

"With Governor Ducey's latest announcement that the start of in-person school has not changed, AIA fall season will move forward as scheduled. Aug. 17 is first date of practice," the AIA wrote on Twitter Thursday.

Ducey has also instructed the Arizona Department of Health Services to create a health plan for a safe return to class by August 7, but some school districts begin their year before that date.

As COVID-19 cases and deaths continued to rise in Arizona, many school districts took matters into their own hands and announced various plans for the upcoming school year.

The majority of districts that made announcements offered three types of plans for students: Full-time in person, full-time online or a hybrid of the two.

RELATED: Maricopa County recommendations for schools include masks, what to do if someone on campus tests positive for COVID-19