Only a 10 minutes drive separates Basha and Perry high schools. They play in the second week of the 2021 high school football season. 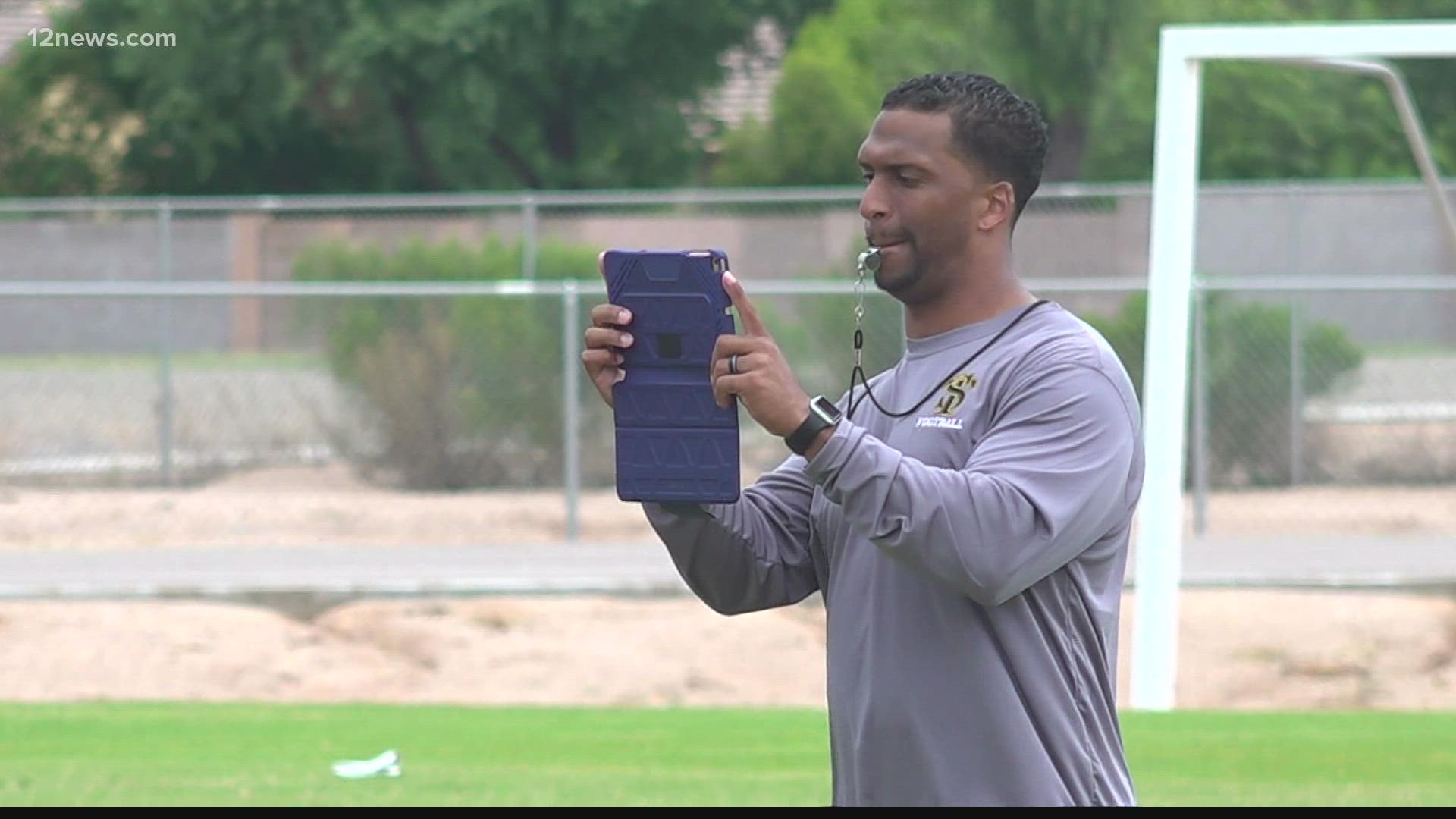 GILBERT, Ariz. — It's a battle of Val Vista Drive. Basha High School and Perry High School 3.9 miles apart, less than nine minutes if you hit the lights right. And they'll be playing again Friday, another installment in a series the Perry Pumas lead 6-5.

Both teams come into the second week of the season undefeated.

The Bears beat the O'Connor Eagles last Friday at home in a non-conference game, 42-17 and the Pumas defeated the Desert Vista Thunder, 35-28.

"This Friday, facing Basha, we're really excited," said Perry's head coach Preston Jones. "First of all, we're very excited just to be back in what seems like a normal football season again and then the opportunity to play them. You know, we ended the season with them last year and a lot of the guys on the team and a lot of the coaches weren't able to be there because of being sick and whatnot."

Although Basha has a good quarterback who knows how to distribute the ball, and an experienced offensive line, much of their success last week can be attributed to some of the youngest on the team -- six touchdowns came from sophomores.

Perry has tons of experience on their squad.

"We got a lot of seniors, been with us for four years, 50 seniors, a little bit smaller junior class," Jones said. "But we're really relying on those seniors for their leadership and all the stuff they've done over the four years and their experiences to help bring those juniors and sophomores along."

"I'm looking for a blowout to be real," Williams said.

Before last year Perry beat the Bears every year the faced off until 2015.

McDonald said, "It's a lot of emotions going into this. We were able to beat them last year."

"Were looking forward to get revenge. Last year we lost a close game but this year we're looking up," Perry defensive end Aiden Herring said.