The Panthers will celebrate their centennial year by wearing special throwback uniforms. 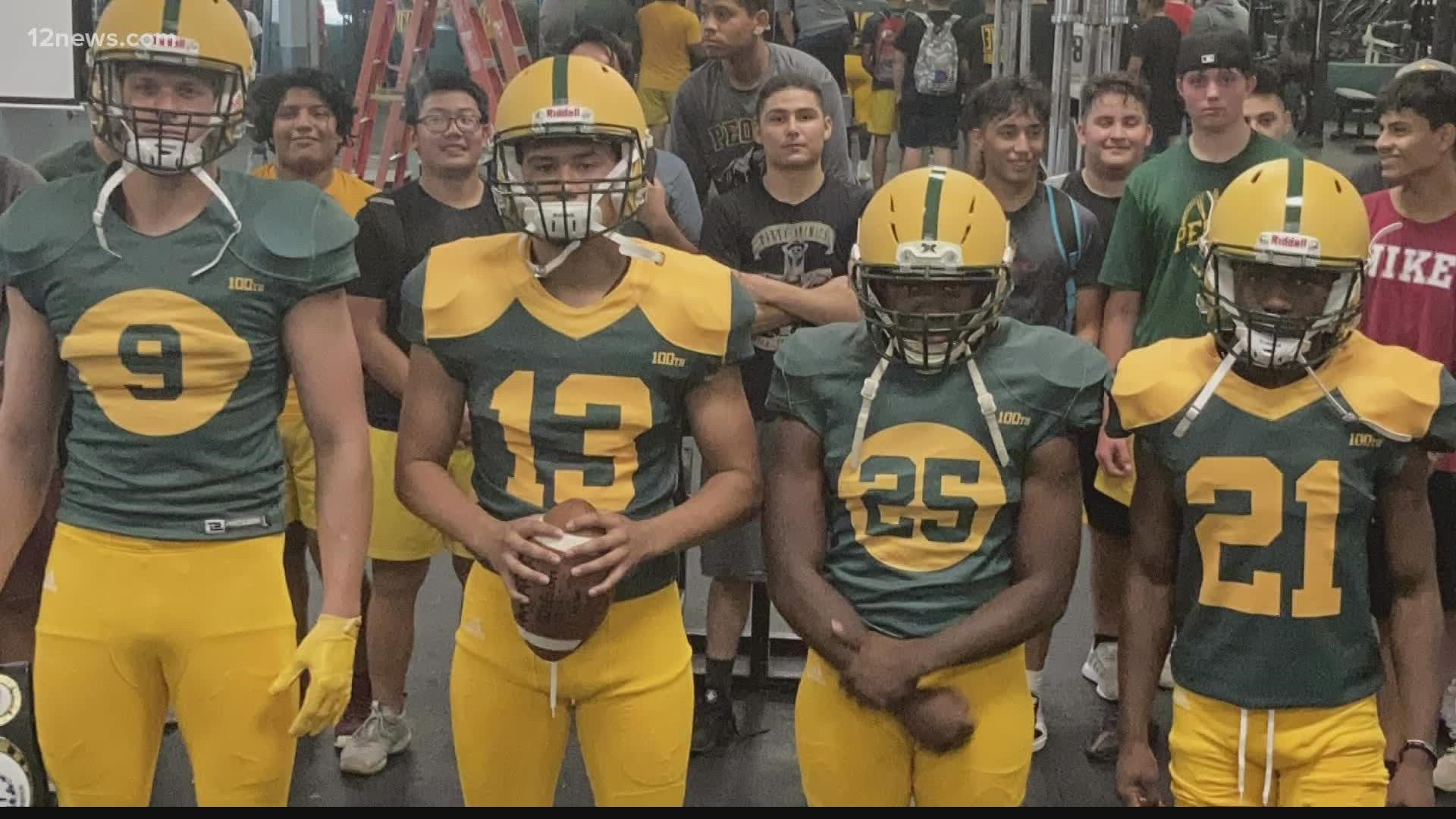 PEORIA, Ariz. — With the 32nd season Friday Night Fever about to begin, our show here on 12 News has a lot of history in the Valley. But it doesn't even compare with the history of the Peoria Panther football program, which is heading into its 100th season.

“For me, it’s just an honor to be a part of it," Peoria head coach Will Babb said. "Growing up in this area and coming to games when I was younger and hearing about all the names of the past, the big games and the coaches, that’s the amazing thing is that you get into a situation where sometimes you feel like football or whatever you’re involved in started when you got involved in it, but the amazing thing is that it’s been going on for such a long time.”

Babb is not the only one in awe of the team's history in the Valley, that feeling extends down to his players.

"It feels like there’s a whole bunch of eyes watching us," senior running back Cameron Mack said. "It’s like passing the torch down, following in the footsteps of everyone else who has been to Peoria, playing on the same field, wearing their numbers."

That is something Babb hopes to change.

To celebrate the centennial season, the Panthers will wear jerseys modeled on those the team wore in the 1920s and 1950s, and the players are excited.

“It’s definitely unique," senior defensive end/tight end Jake Price said. "It’s pretty cool, not a lot of schools have been around for that long, so it’s different. We were pretty excited.”

“We were pretty excited and pretty hyped about having a throwback uniform and being able to wear them,” senior linebacker Richard Cortez added.

As they look back on the past 100 years, the team is setting high expectations for 2021.

"I always want to go undefeated," Mack said. "Sometimes it doesn’t go that way but that’s always the main goal for me. Just (to) create a strong brotherhood between the team, so if a play happens we’re not fighting over it, just keep pushing.”

And while Babb wants to win a state championship as a coach, he also wants to inspire his players to become great men in the future.

"We always talk about maximizing who we are. If we maximize who we are, as people and as athletes, we’ll be fine," Babb said. "Football’s going to go away. It goes away for everybody. Somebody tells you to stop playing and that’s just how it goes. The thing I want to do is make sure these kids are ready to be fathers and work jobs and take care of their families and do all the things that life’s gonna require.”