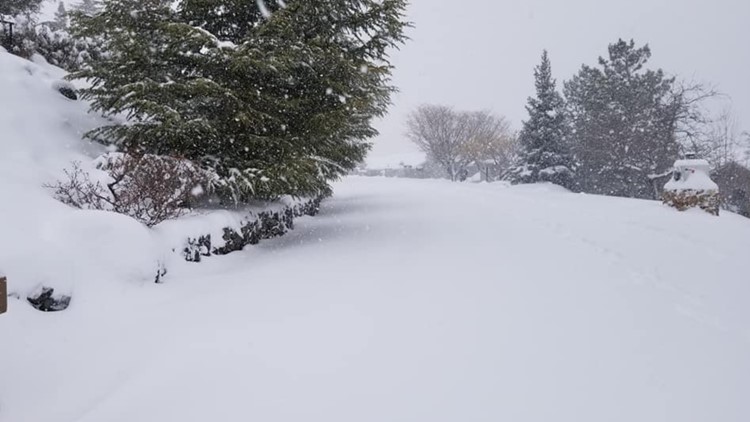 UPDATE: The AIA announced Friday the games would be postponed due to the severe weather.

The AIA says it will keep the high school basketball championship tournament as scheduled although the City of Prescott declared an emergency due to a big winter storm Thursday.

The playoff tournament for both the 2A and 1A divisions will take place in Prescott Friday and Saturday as previously scheduled. The AIA says the decision was to keep the schedule as is was a "difficult one to make."

Prescott Mayor Gren Mengarelli declared an emergency for the city Thursday morning as the storm is expected to drop up to two feet of snow in the area.

STORM UPDATES: Flagstaff nears record-breaking snow with 'once in a decade' winter storm

Concerned parents and family members of student athletes commented on a Facebook post from the AIA begging them to consider the danger of having the school teams travel on the icy roads to get to a city in an emergency.

Family members and other community members also messaged 12 News with concerns, specifically for the teams and fans of southern Arizonan schools who are traveling Thursday.

The AIA says it had a conference call with the schools involved Wednesday that was unproductive in finding a consensus.

"Without a consensus or a viable alternative from the call, including a recommendation for postponement, it was decided to keep the tournament as scheduled," AIA Sports Information Coordinator Seth Polansky said in an email to 12 News.

The southern Arizona school district says there were "many attempts by school districts to try and suggest alternative venues in Phoenix or quite frankly anywhere safer for our student athletes, coaches, staff, parents, and fans."

The Facebook post continues: "We were told that it was not an option to go anywhere but Prescott based on logistical concerns. In addition, we were advised that if ADOT closed a route and a team could not make it to Prescott, they would have to forfeit."

The AIA confirmed that teams who do not make it to Prescott will be forced to forfeit the game but that the association will make arrangements if teams are running late.

The Thatcher High School team left for Phoenix Thursday. The school district said the bus was diverted through Tucson due to "deteriorating conditions between Globe and Superior."

The AIA suggests fans watch the games from home as they will be streamed online.