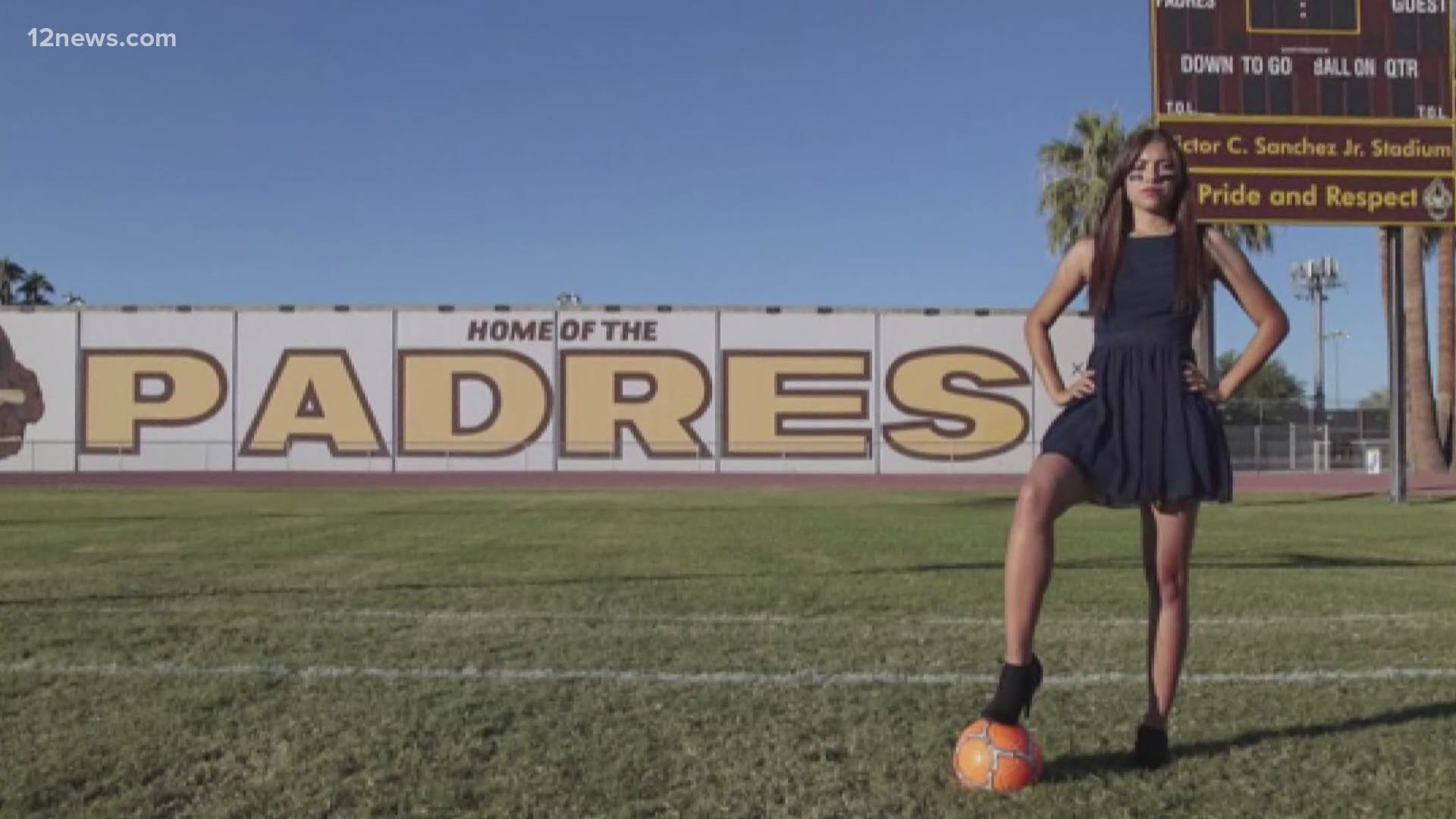 PHOENIX — Krysten Muir was told she would likely never walk again after a horrific car accident. Now, the local high school football standout is defying the odds again, but this time, it's not for being a girl on the gridiron.

Members of the Arizona Cardinals’ organization and dozens more turned out to the home of the Padres on Saturday morning to support Krysten Muir, who kicked for the varsity football team roughly five years ago. Famously, she became the first female to score a point in an AIA state championship game.

“It’s really awesome that these kickers wanted to come out and support this event,” Krysten said.

She’s being humble. They are all here for her, including her parents, encouraging her to continue to push as she recovers from an accident earlier this year that left her with an exploded vertebra and confined to a wheelchair.

“These people, they love her,” said Luis Zendejas, a former ASU and NFL kicker. “This community loves her. Marcos opened up the doors for us to make sure that she knew that Marcos loves her too.”

Initially, doctors told her she was likely to never walk again. But from the jump, Krysten was having none of it, telling therapists she was ready to be transferred to a wheelchair immediately.

Now, she says the medical experts expect her to be walking by the end of the year. And despite her ongoing fight, Krysten offers words to those who may be in the middle of their own: “Tell yourself every day, ‘Hey, you got this. It’s okay. We’re going to be strong. We have all this time. We’re still here. We’re alive. So, now let’s make the best of it,’” she said.

For Krysten, that means staying involved with the game of football.