A storm is bringing potentially record-breaking rainfall across the Valley. 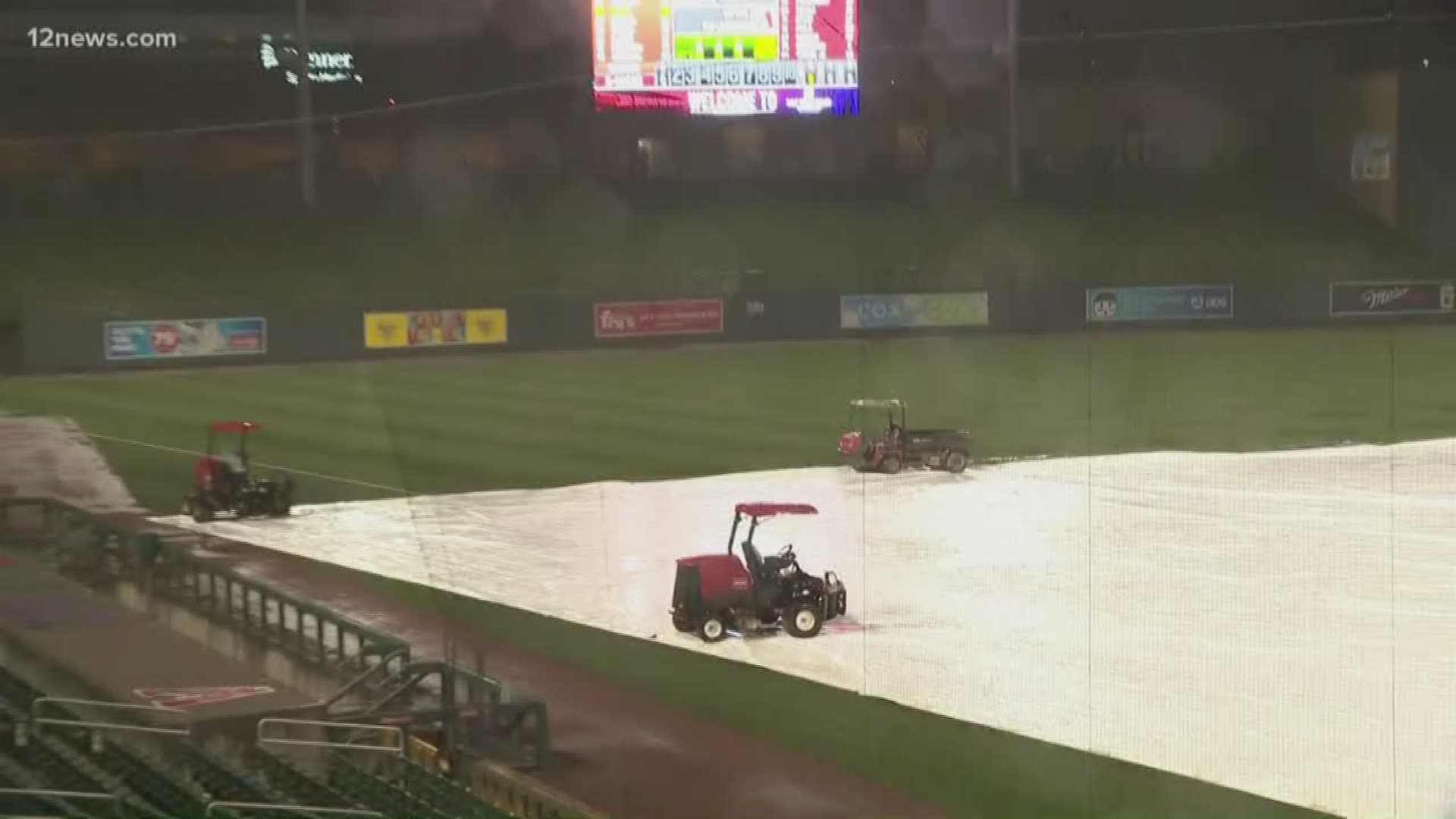 PHOENIX — A storm is bringing potentially record-breaking rainfall across the Valley with half an inch to an inch of rain on the Saturday forecast.

See the rainout policy on your ticket or on the stadium website if your game is delayed or canceled.