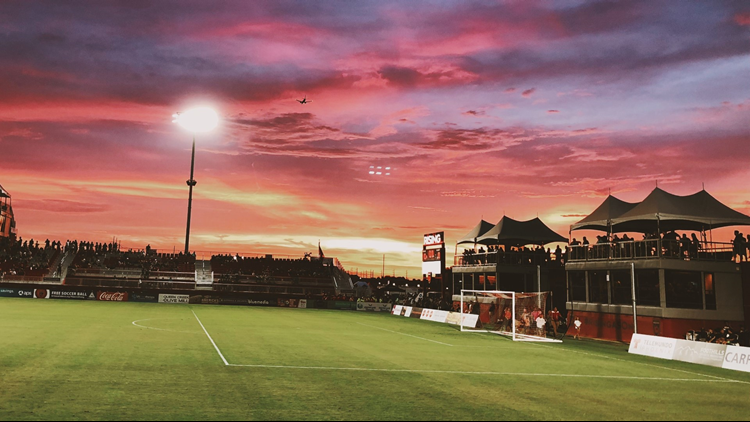 Photo by: Gabe Trujillo/12 News
Arizona's Phoenix Rising is a win away from capturing the 2018 United Soccer League Championship!

Phoenix Rising FC is just one win away from capturing the 2018 United Soccer League Championship!

After last Saturday’s thrilling 2-1 victory over the Orange County SC, the Rising is the new USL Western Conference Champions. On Thursday, Nov. 8, the team will play for the league championship in the USL Cup in Louisville.

Standing in the way of Phoenix’s championship dreams are Louisville City FC, is looking for their second league title.

So how can you watch the Phoenix Rising play? Here are your options:

Watch them on TV

For those who are in the Valley, fans can attend a watch party Thursday hosted by the club at the Phoenix Rising Soccer Complex. Gates open at 5 p.m. and snacks, pizza, and non-alcoholic drinks will be served in addition to beer at happy hour prices.

More information at the event can be found on the Phoenix Rising website.