Gov. Ducey: Pro sports can resume in Arizona after May 15

Ducey's new order allows the stay-at-home order to expire, but those vulnerable should continue to stay home and all Arizonans are supposed to resume distancing. 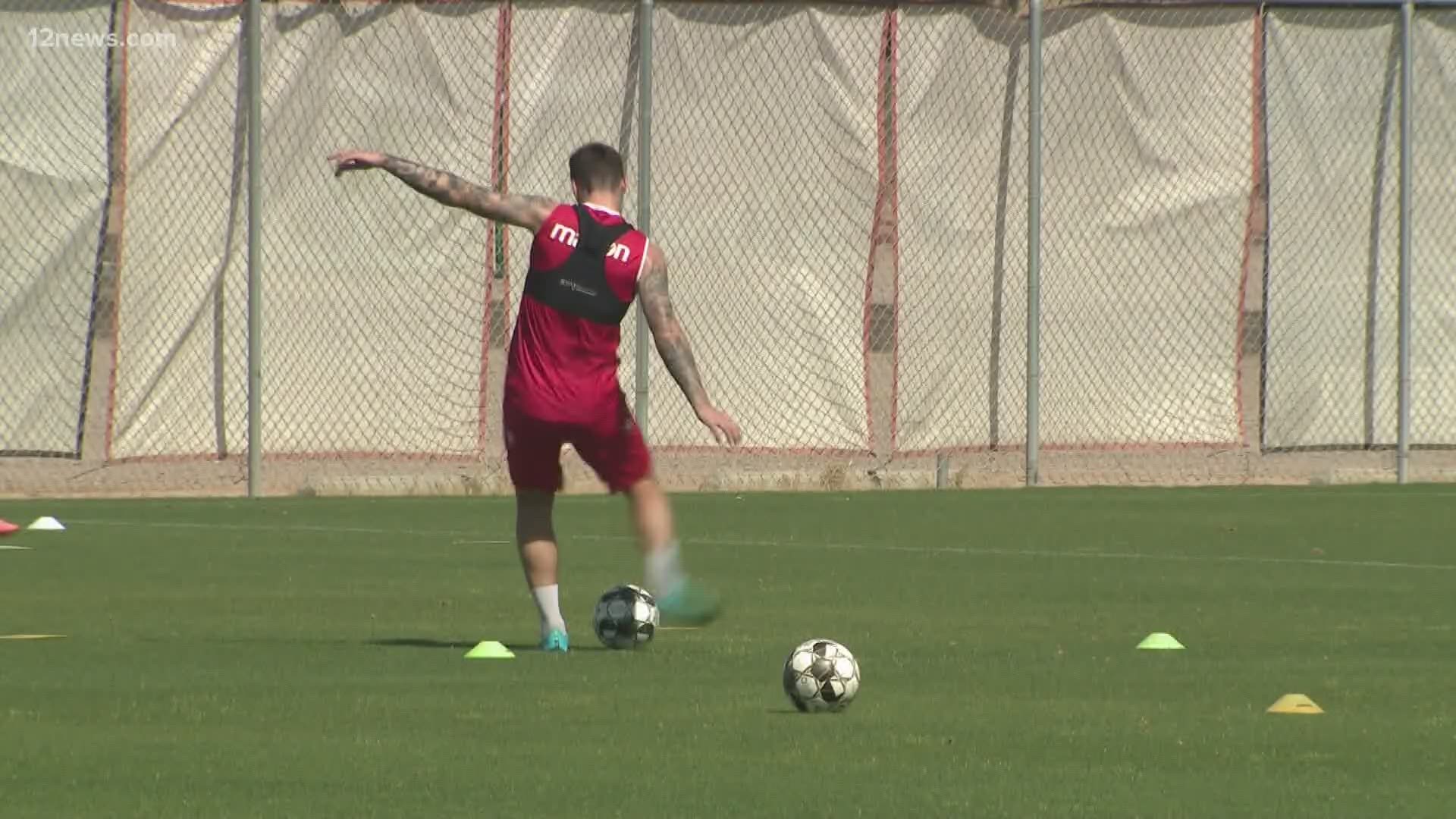 PHOENIX — Arizona Gov. Doug Ducey announced at a press conference Tuesday afternoon that professional sports can reopen in the state, without fans, after May 15.

Other than the UFC, which held an event in Florida in front of no fans over the weekend, and NASCAR, which is expected to resume its season May 17, U.S. major sports leagues are still suspended on a national level.

Major League Baseball owners accepted a proposal for an 82-game season to begin in early July on Monday, but are now in negotiations with the players' union.

Initial reports said the league was looking into having all 30 MLB teams begin their seasons in Arizona, or half in Arizona and half in Florida. It appears those talks have now shifted to teams playing in their own parks in front of no fans.

However, with Ducey's order to reopen the state and allow the stay-at-home order to expire on Friday, things could continue to change.

On May 8, the NBA opened team facilities for limited individual workouts. On Monday, Phoenix Rising FC resumed training at its facility.

Ducey's "Stay Home, Stay Healthy, Stay Connected" order was extended on April 30 to last until May 15. That order will now expire and be replaced with "Stay Healthy, Return Smarter, Return Stronger."

The new order allows the stay-at-home order to expire, but those who are vulnerable should continue to stay home and all Arizonans are supposed to resume distancing.