Tickets are sold out for every day of play from Thursday through Sunday. 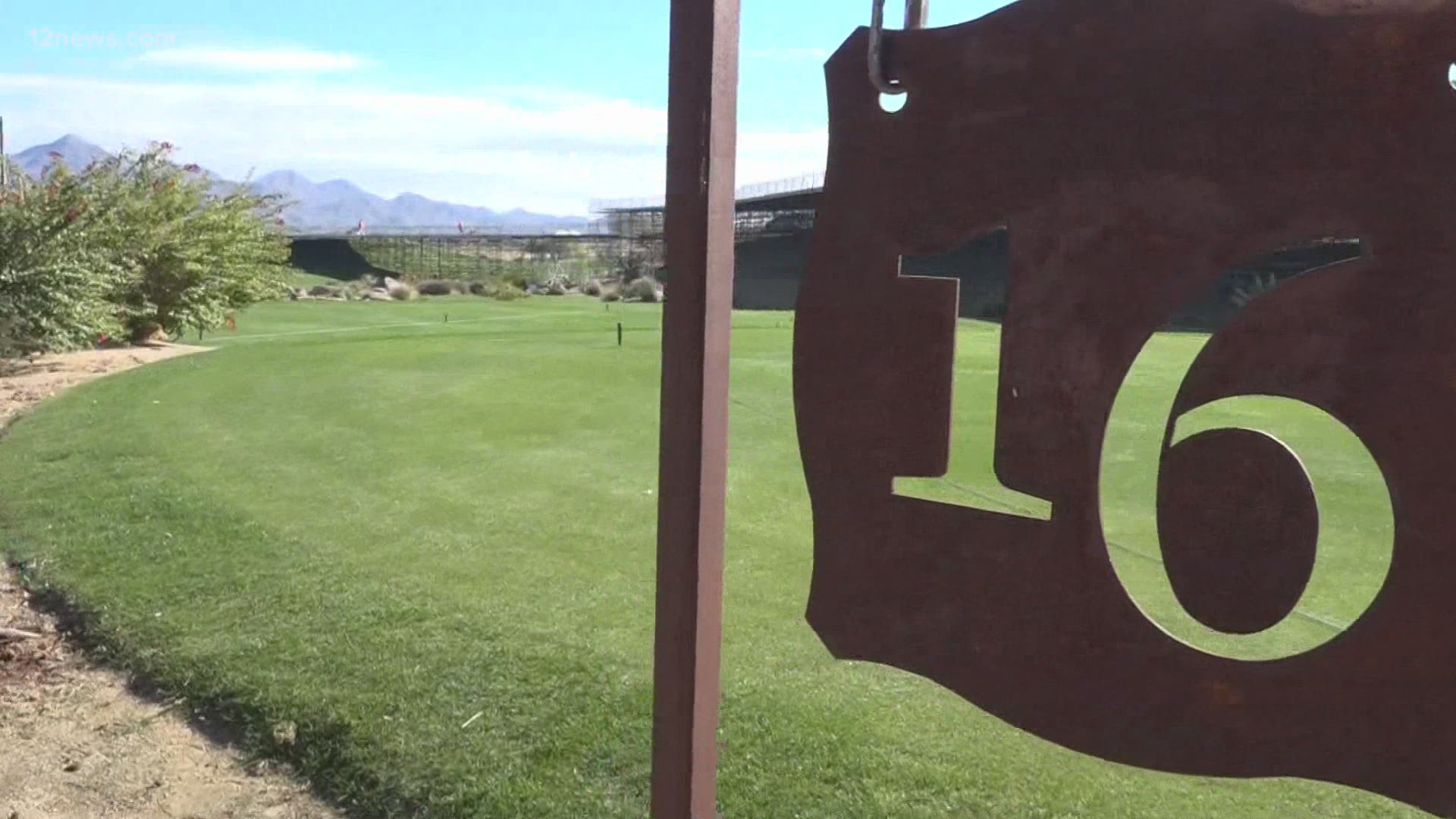 SCOTTSDALE, Ariz. — Editor's note: The above video is from a Jan. 3 newscast.

The Waste Management Phoenix Open, which is scheduled for the first week of February, has further reduced attendance, limiting the event to 5,000 fans per day.

General admission tickets are sold out for every day of play Thursday through Sunday. As of writing, tickets remain for Wednesday's pro-am and practice rounds.

In early December, the WMPO said it was limiting attendance to 8,000 fans per day, according to multiple reports. In late December, the tournament said they were working on an exact attendance figure.

The tournament did not sell more than the allotted total of 5,000 per day, so no refunds will need to be issued unless the number continues to go down further.

The decision comes "in light of the current COVID climate," according to a release from the tournament. More changes could come, as the tournament remains hopeful to host an extremely limited number of socially-distanced fans.

The decision comes as Arizona continues to hold the highest rate of COVID-19 spread in country with 129.5 cases per day over the past seven days, per CDC data.

For those attending, the tournament says strict safety protocols will be in place including mandatory wearing of masks through the entire tournament grounds and thermal screening of everyone who enters.

The WMPO is consistently one of the highest-attended events on the PGA Tour each year, dubbed "The People's Open" for it's party-like atmosphere, especially at the iconic par-3 16th hole, set up stadium style each year.

The tournament has announced a number of high-profile commitments this year including past winners Brooks Koepka, Rickie Fowler, Webb Simpson and Gary Woodland along with ASU alum and World No. 3-ranked Jon Rahm. Players have until Jan. 24 to commit.