The most disrespected job at the Waste Management Phoenix Open

Bill Quade holds a "quiet" sign at the 16th green, but nobody listens. 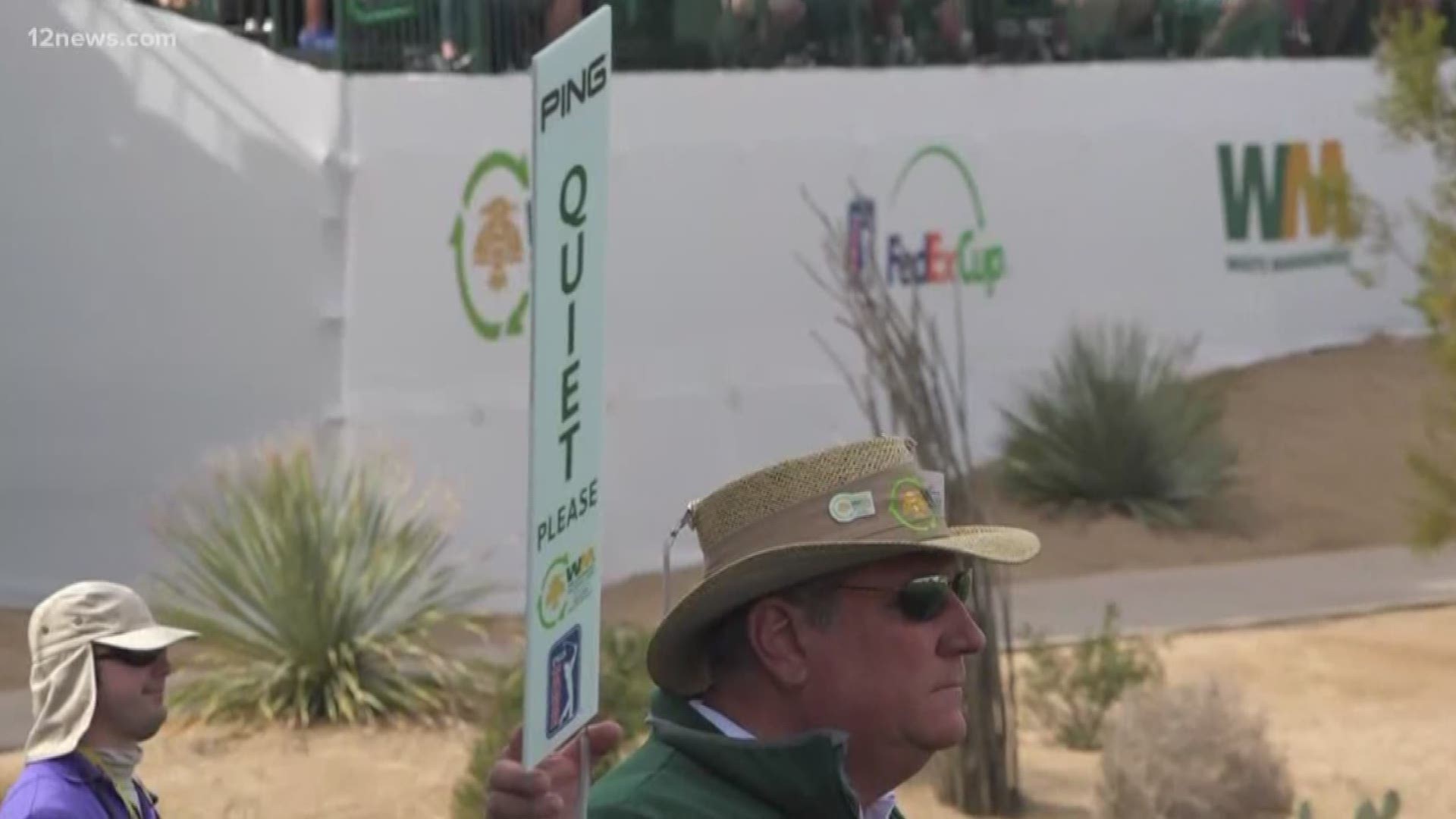 SCOTTSDALE, Ariz. — It's the loudest hole in golf, but for some reason the Marshals still hold signs telling fans to be quiet. There are folks who clean porta-potties just a few yards away, but even their job is looked at with more respect from fans.

"That's like a lifeguard at the Olympic swimming event," one fan said from the stands.

"It's useless," another yelled from his seat.

Bill Quade is the man behind the sign. It's Quade's third year telling people to be "quiet" at the 16th green, and he doesn't feel disrespected at all.

The feelings are mutual, in fact, toward the tail end of our interview, fans started chanting Bill's name as they saw he was going to be on television.

Turns out there is no disrespect at all, rather a mutual understanding of the rules inside the tour's ONLY fully enclosed stadium hole.

"This is the premier hole to be on. It's the busiest hole, it's the craziest hole. That's what it's all about and that's why I'm here," Quade said before hoisting a sign 20,000 people ignore.