Hundreds of fans lined up outside the gates, so they could get the best seats on the course. 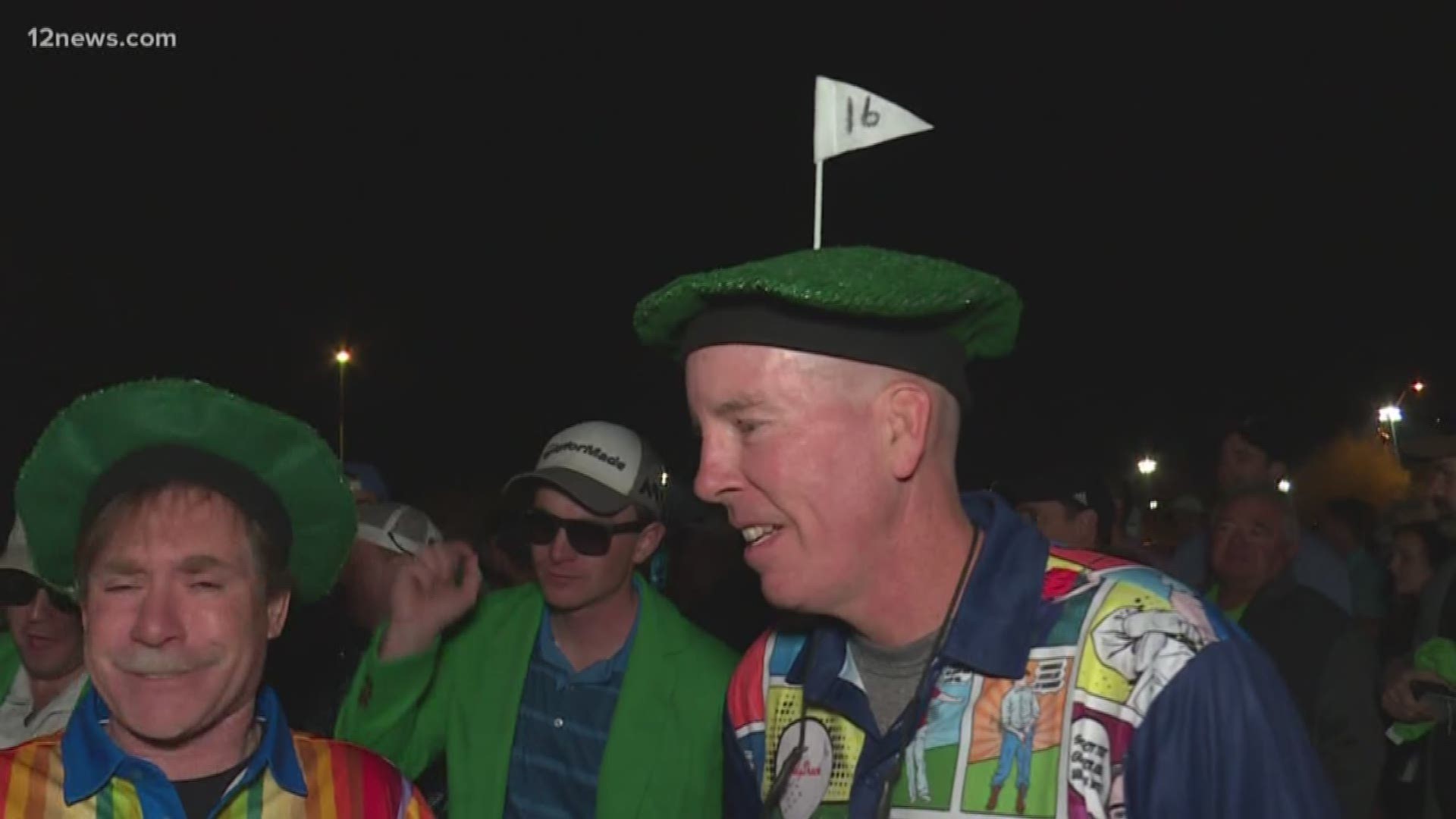 It’s another beautiful day at the Waste Management Phoenix Open in Scottsdale. For some fans, they tell us they didn’t sleep last night. They went straight from the Birds Nest partying all night, to line up at the gate. They wanted to be the first through the door.

One fan we talked with told us he had a couple shots of whisky and he’s looking for a hole in one on the 16. Another group woke up at 3:30 am to be sure they arrived a couple hours early, so they could sprint to the 16th hole as soon as security let them through.

The Phoenix Open is packed with plenty of people wearing wild and wacky outfits once again.

“We try to add something new every year and it’s been the hats and then last year we had dart boards and people would throw little balls at us,” said Jon Nost. “We have a good time.”

“This year we have a Caddyshack theme,” said Mark Close.

This time of year is all about golf, but for so many sports fans, it’s also about football of course. A group of Patriots fans showed up wearing their jerseys rooting for their favorite football players, but also for Rickie Fowler.

“We did our calisthenics this morning and we’re all prepared,” said Mike Lucas. “You’ve got to start with a deep lunge and you really stretch out them glutes.”

“My buddy’s bachelor party is this weekend and we came down for the golf tournament specifically,” said Mike Adams, visiting from Seattle.

The fun really gets going when the gates open and everyone gets sprinting.

Hundreds of people ran from the entrance to the 16th hole, known as the best spot to party on the course.

The energy the fans bring is really what makes the Phoenix Open the Greatest Show on Grass.