Is this the luckiest golf course in Arizona?

Since April 11, this golf club has seen fourteen holes-in-one made by 14 different people. See what happened when we took a camera out there. 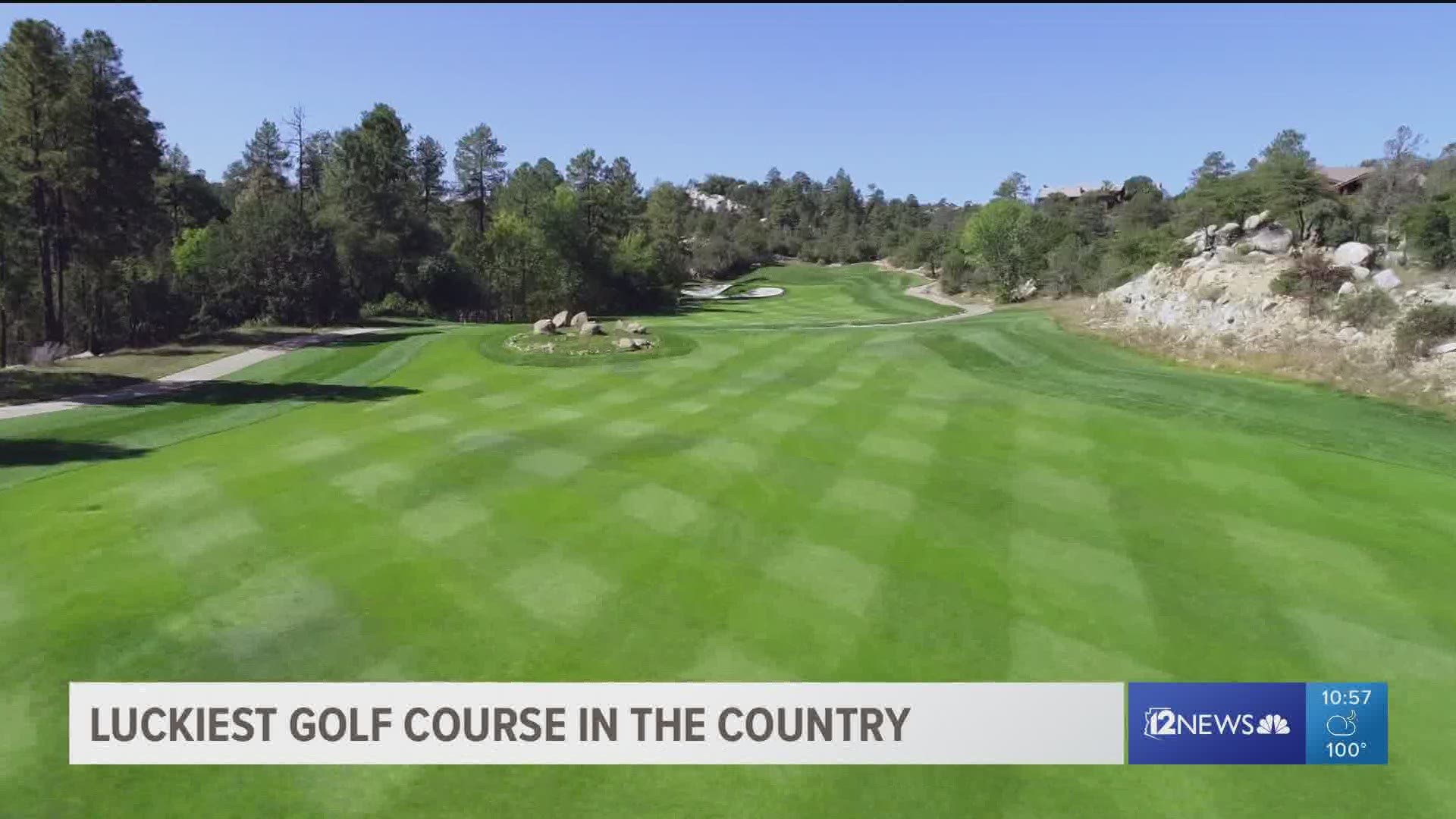 PRESCOTT, Ariz. — The odds of an average golfer making a hole-in-one are about 12,500 to one, but what if we told you there's a golf course here in Arizona where those odds aren't quite so high?

"I can be playing golf at Capital Canyon and I can be having a bad day, but all I got to do is look at the scenery around me and everything is cool," member David Barreira said.

The views are breathtaking, but it's the stories that make the course legendary.

"No one can really explain it, everyone is amazed," Barreira said.

Since April 11, there have been 14 holes-in-one made by 14 different people.

"We got up to the seventh hole and I just went for the pin and the ball just kept rolling down towards the pin and I couldn't believe it went in the hole," Seppanen said.

"I've never been around a club that has had this many holes-in-one," Cochran said.

We gathered some of the members and headed out to the 140-yard par 3 sixth hole at Capital Canyon to see if anyone could get one on camera.

And it was member Gary Hicks who made a hole-in-one on camera.

"I'm a little worried about the bar bill," Hicks joked.

So what's the deal?

"The course itself challenging so it has nothing to do with it being an easy course," Seppanen said.

"I don't know if it's the spirit here or it's the water or the camaraderie or the people here or it's just God looking over us," Barreira said.

RELATED: MLB stars and over 200 fans team up for a virtual 'Take Me Out to the Ballgame' choir