Anthony Griggs is a 61-year-old veteran who suffers from PTSD. He's also a successful amateur golfer, using just a putter to win tournaments.

PHOENIX — Through my time at 12 News, I’ve seen and done some unbelievable things on a golf course.

Among those are playing alongside some of the biggest names in Valley sports while shooting our annual 12 Sports Tonight Phoenix Open Golf Show.

But this past week, I witnessed one of the most incredible things I’ve ever seen on the golf course, and the player only needed one club to do it.

“Being a veteran who suffers from PTSD, I have to challenge my mind constantly,” said the recently turned 61-year-old.

“And a putter helps me do that.”

A putter helps him to everything on the golf course. Every round, every shot (tees, fairways, bunkers, and of course, greens), using one trusty club.

Four years ago, Griggs was bored with the game and wanted to make it hard (like golf isn’t already hard enough, right?!). Someone joking suggested he use a putter.

“I started hitting the ball with the putter (on the driving range) and the ball kept going straight. And I was like, ‘I can do this,’” he said.

From driving the ball 230-plus yards, to hitting a flop shot, fade, draw, toe-jam -- now there’s not a shot Griggs can’t hit on the golf course.

Originally, Griggs used a Scotty Cameron putter, but he snapped it while preparing to play early on.

“So I told the guys I was playing with to hold up while I run to a nearby Goodwill store. This old Wilson Staff putter was the only one in the bin. It’s like it was waiting on me," he said.

In early May, Griggs did something most of us deemed impossible: Win a tournament using only a putter.

He shot at 84 to capture the D Flight of a Golfweek Amateur Tour event at Whirlwind Golf Club in Chandler. 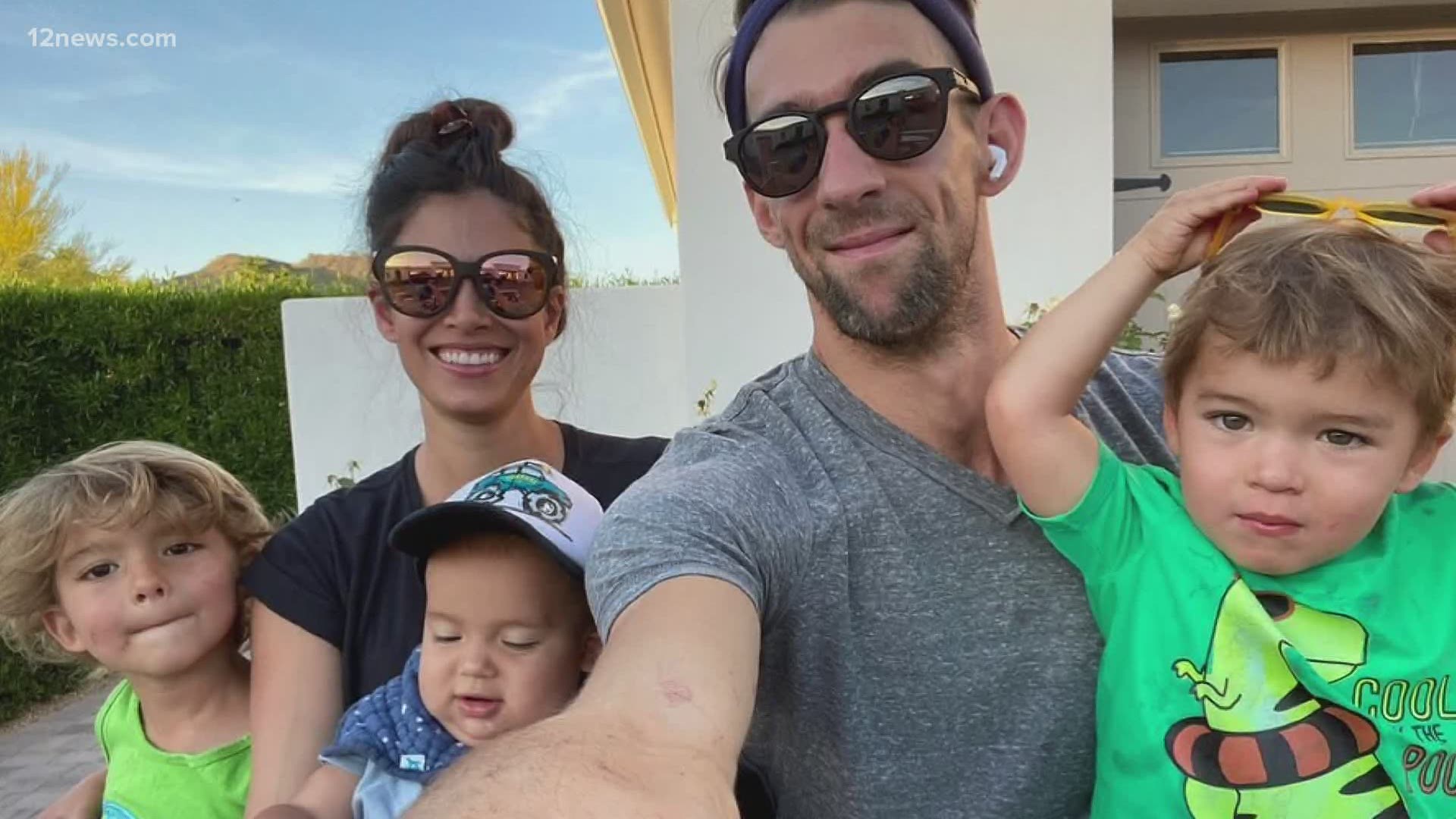 After the round, members of Griggs’ group and tournament officials couldn’t believe what just happened.

“And it was his playing partner that kind of got my attention,” said Gabe Garcia, the director of Phoenix and Tucson Golfweek Amateur Tour.

“They said, ‘Gabe, the guy only uses a putter.’ And it’s just not registering because everyone uses a putter. Then I looked back at Anthony’s golf cart and realize there’s no golf bag. As I was explaining this story to everyone, people’s question went from ‘how does he do this and that, to how can I play with him next time?’”

Along for the ride is his best friend, caddie and sometimes manager Larry Vinson. The duo has been working on perfecting Anthony’s putter for nearly four years.

Since Golfweek doesn’t allow caddies, Vinson couldn’t be by Grigg's side for his first win, but he was the first person Griggs thanked afterward.

“After he won it, he came by my house and dropped the trophy off,” said Vinson. “That meant the world to me. It means we got there.”

Griggs’ reward for winning at Wild Horse Pass? He’ll be promoted to the B Flight for future events -- which is fine by him, because it’s just another challenge.

“There were a few times I thought about putting this putter up because it was too hard,” said Griggs.

"But that’s where my military background kicks in and says, ‘No! You got a mission.’ And that mission is to shoot in the 60s with this putter. Keep challenging yourself. Believe in yourself. God has given me this talent for some reason. So I’m going to get out there and work it as long as I can.”

But there’s one part of his game that he still needs to work on, according to his caddie.

“I need to teach him how to putt,” said Vinson, laughing.

About Golfweek Amateur Tour: They provide amateur golfers the chance to play like the pros in professionally run tournaments. Made of 51 city tours around the country, they create competitive individual stroke play events for any skill level or any age. They have guys shooting under par winning championships, they have guys shooting in the 90s winning championships. Visit amateurgolftour.net for more info. 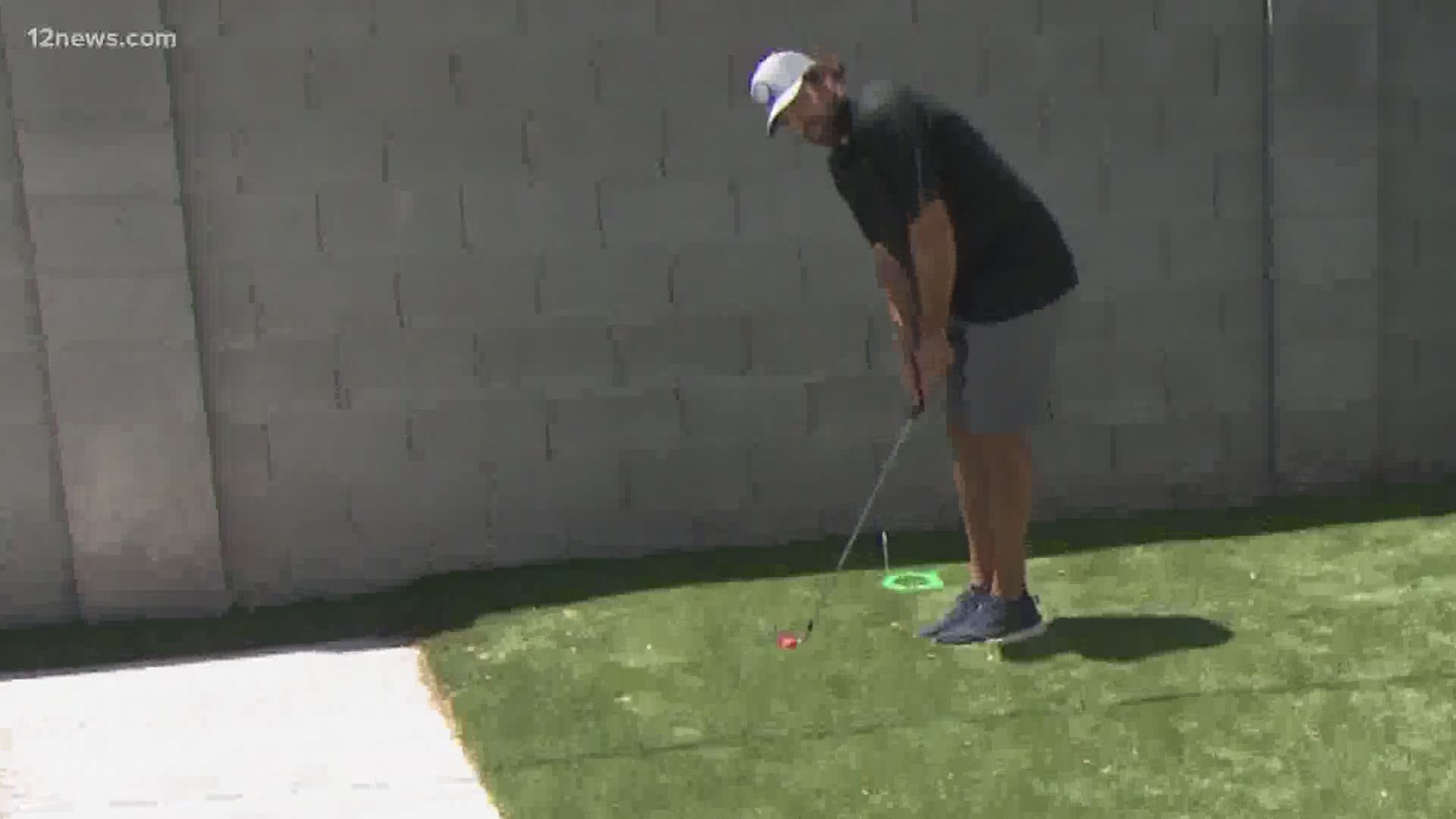