The Phat Scooters concept was created by three friends, including two former University of Arizona athletes, in 2017. 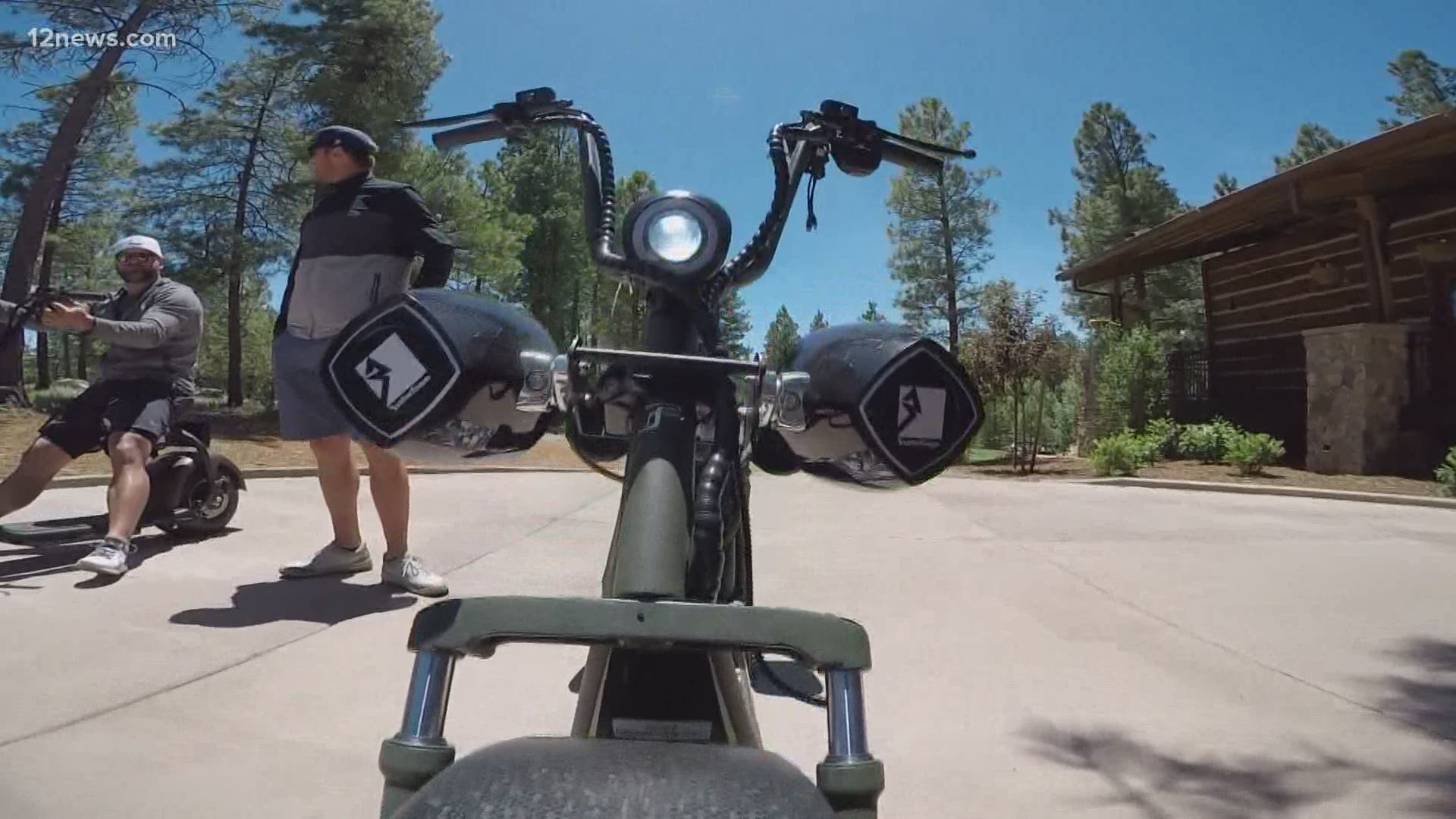 TEMPE, Ariz. — The way we play golf could be changing for the better, and Pine Canyon Club in Flagstaff is at the forefront of that change.

They’ve teamed up with Phat Scooters, a Tempe based company, to provide members with the most fun and efficient way to hit the links.

The Phat Scooters concept was created by three friends, including two former University of Arizona athletes, in 2017.

“It was at a bar on a paper napkin,” said Phat Scooters CEO Peter Johnson.

The company has since taken off, especially within the realm of professional sports. For example, Cardinals quarterback Kyler Murray purchased them for his offensive line for Christmas and general manager Steve Keim is said to own nearly a dozen.

“There’s a lot of professional athletes, they love getting on a scooter,” said Johnson. “They love customizing them.”

The idea to use the scooters as a modern-day golf cart came later.

“We said well let’s see if the concept is real at the PGA year, how it’s accepted. It was great, and then every year since it’s just grown, and grown and grown.”

“I think the COVID issue made the demand even higher but we never expected the response that we’ve gotten,” Miller added.

If you’re already envisioning yourself going 50 mph on the fairway, not so fast.

“They are limited to 20 mph,” said Phat Scooters president Derrick Mains. “We do that because then it is considered an E-bike so you can ride it around and not worry about registration and plates and all that stuff.”

As fun as they are to ride, the best aspect is that they help up the game.

“As a foursome really, you almost shave an hour and a half off the route on average,” said Johnson.