Mike Bercovici's story proves everything truly happens for a reason. 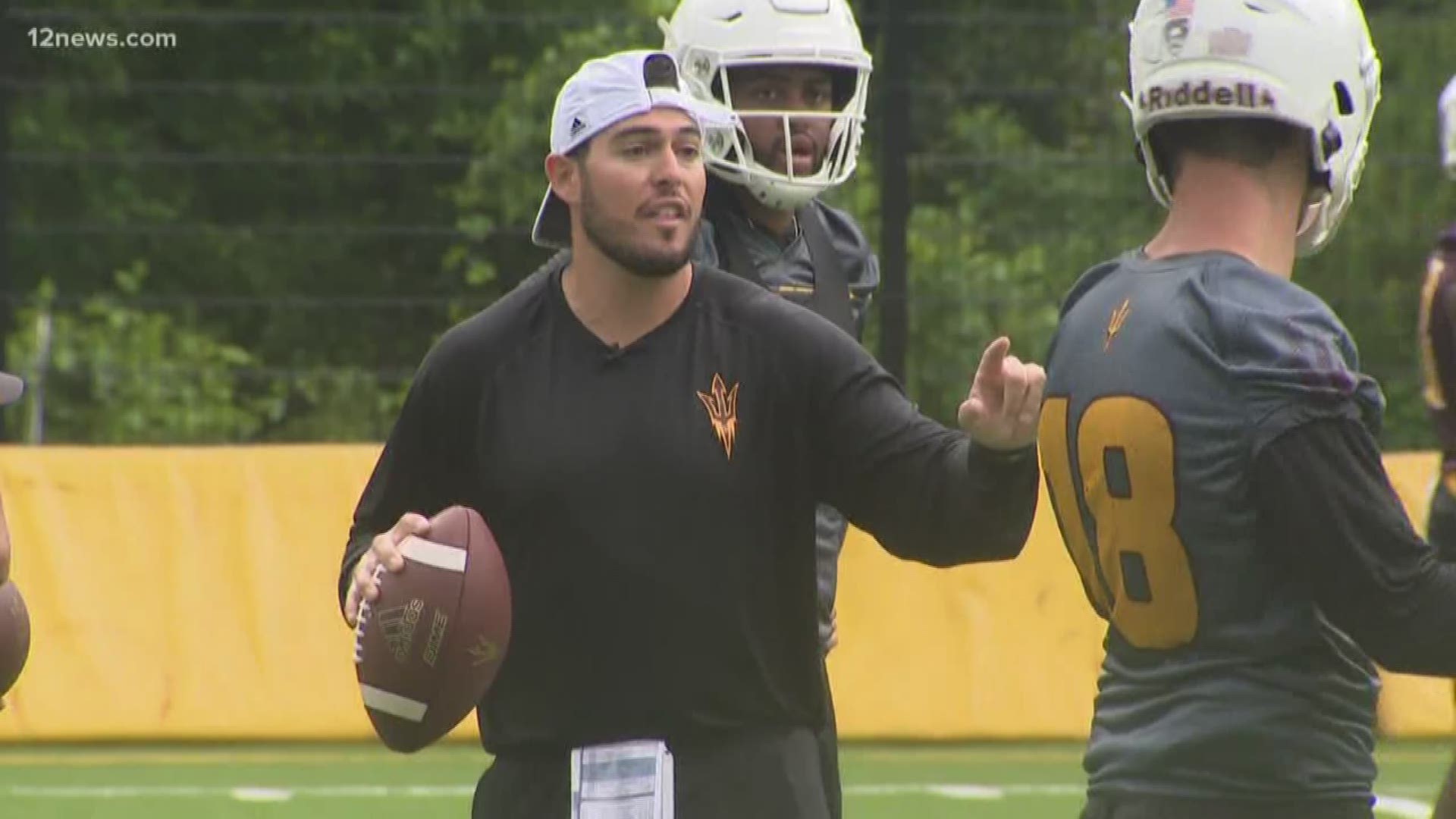 Former ASU quarterback Mike Bercovici joined the staff as a graduate assistant this year following a professional football career that never quite took off.

After hopping around the NFL followed by a brief stint with the now extinct AAF, he was looking for a sign that it was time to hang up his cleats. That sign came in the form of a phone call from Herm Edwards.

It was an opportunity he couldn’t pass up.

“I was so eager to kind of end my career and stop chasing my career of playing because I wanted to be in a position in coaching where I could connect to guys on that level,” said Bercovici.

It’s like they say, everything happens for a reason. Bercovici had landed in the AAF, and in the league’s debut, took a hard hit. That hit caught the eye of Herm Edwards.

“I was watching the games and I remember the hit he took,” said Edwards. I said you know, maybe I ought to call him and see if he wants to be a coach,” he laughed.

Not far removed from the game or the university, Bercovici can provide invaluable insight to ASU’s young quarterbacks.

“The majority of my career here I was the backup,” said Bercovici. “That’s kind of the first thing I said to the second team huddle today. I said, ‘Hey fellas, I lived in this huddle for four years. Don’t ever step into this huddle not thinking you’re a starter.”

“When he talk to quarterbacks, if you’re not the starter, he has a fantastic story,” said Edwards.

ASU wraps up it’s time at Camp Tontozona with an open scrimmage Saturday at 10 a.m.