Dr. Anthony Fauci: 'Football may not happen this year'

Appearing on CNN, director of the National Institute of Allergy and Infectious Diseases Dr. Anthony Fauci warned that the 2020 football season isn't a certainty. 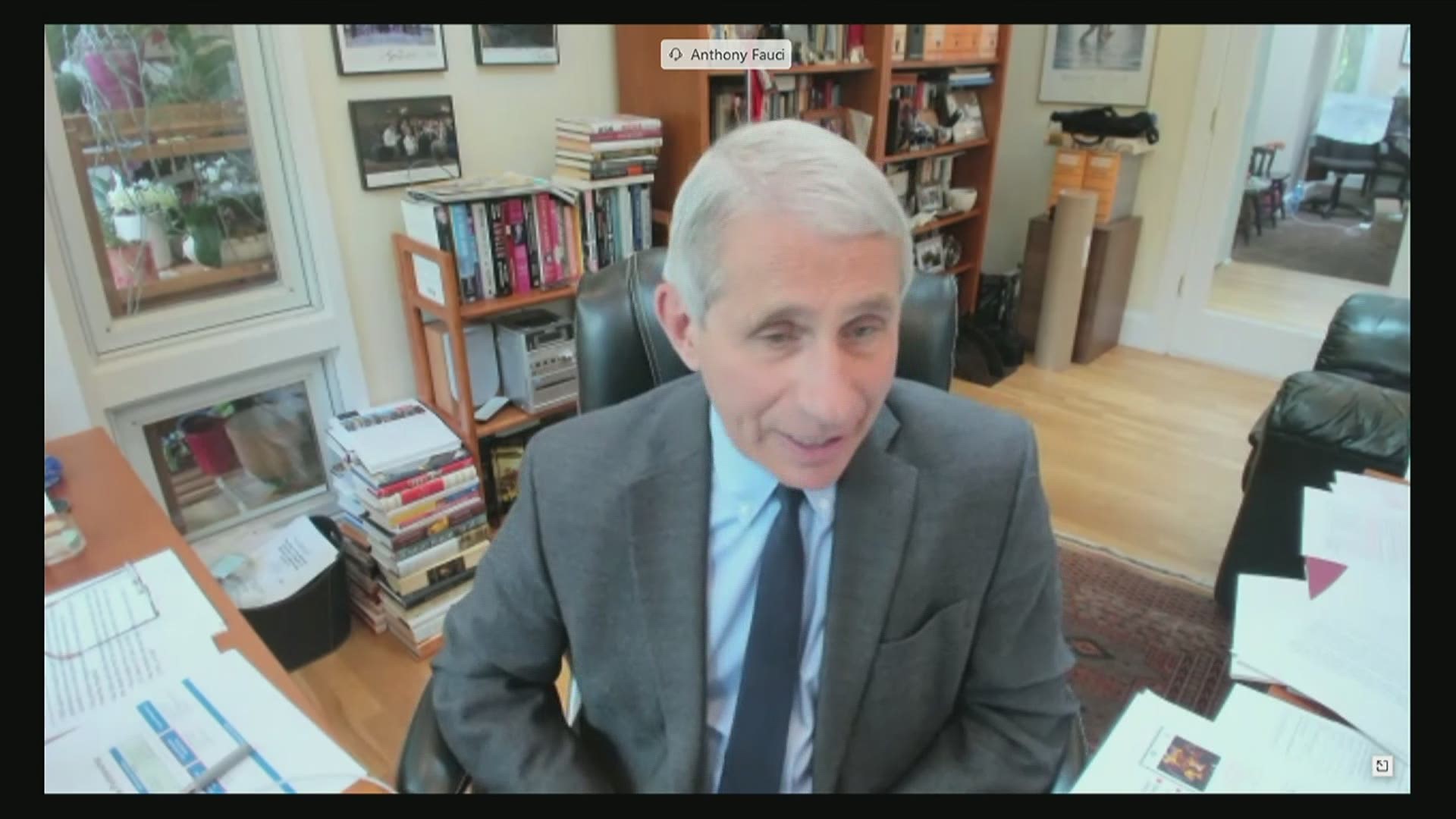 As the NBA prepares for a late-July resumption and the MLB continues to negotiate its own return, the 2020 college football and NFL seasons appear to be right on track.

Appearing on CNN on Thursday, however, director of the National Institute of Allergy and Infectious Diseases Dr. Anthony Fauci warned that may not necessarily be the case thanks to the ongoing coronavirus (COVID-19) pandemic.

"Unless players are essentially in a bubble -- insulated from the community and they are tested nearly every day -- it would be very hard to see how football is able to be played this fall," Fauci told CNN Chief Medical Correspondent Dr. Sanjay Gupta. "If there is a second wave, which is certainly a possibility and which would be complicated by the predictable flu season, football may not happen this year."

Fauci's comments come days after it was reported that several players for the NFL's Dallas Cowboys and Houston Texans have recently tested positive for COVID-19, including Cowboys star running back Ezekiel Elliott. On Thursday, the University of Texas football team announced that 13 of its players recently tested positive, as players returned to campus for offseason workouts.

The "bubble" that Fauci mentioned could be similar to the one being implemented in the NBA, which plans to have 22 teams resume an eight-game regular season on July 30, followed by a 16-team playoff. All of the games would take place at a facility in Orlando, with players being confined to a campus in order to reduce risk.

Despite the NBA's agreement to return, recent concerns from a subset of players regarding health concerns and the ongoing Black Lives Matter movement have put those plans in question. On Thursday, ESPN's Dianna Russini reported that NFL players had a long call on Wednesday to discuss testing and protocols in regards to training camp and that almost all players on the call agreed that they don’t want to start training camp earlier than July 28.

In a statement to Tom Pelissero of the NFL Network, the NFL’s chief medical officer, Dr. Allen Sills, said that the league "will make adjustments as necessary to meet the public health environment."

RELATED: These companies are giving their employees time off for Juneteenth

RELATED: Trump: Kaepernick 'absolutely' should get another NFL shot 'if he deserves it'