Fans cheer on Arizona Cardinals from outside State Farm Stadium

Sunday was another week of virtually no fans inside State Farm Stadium. But that didn’t stop the faithful from cheering on the players. 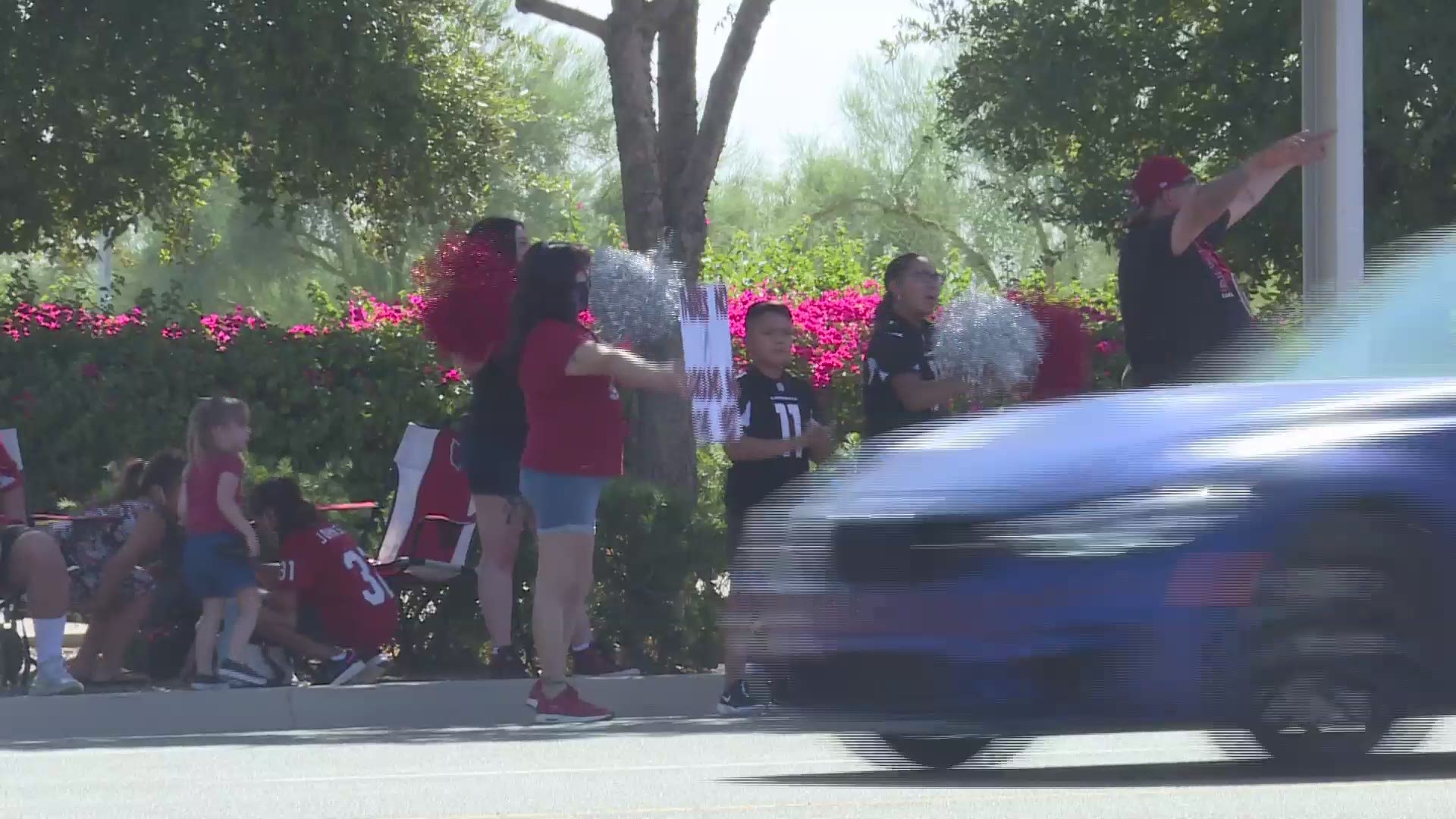 PHOENIX — It was another week of no fans inside State Farm Stadium, but that didn’t stop the faithful from cheering on the players.

In fact, fans seem to be gaining momentum as the pregame action only continues to build in numbers and in hype along Cardinals Way.

The adage “winning cures everything” apparently applies to poorly attended tailgates. Last week only two dozen showed up. Now, about 40. Don’t knock it! That’s about a 60 percent increase.

“We watched people come in! They all enjoy it. The vibe is big," Don Turrentine from Waddell said. "The whole scene is going to continue to grow. Pretty soon there won’t be standing room here,” referencing an area of sidewalk on Cardinals Way.

Unlike last week, fans as well as players' family and friends are allowed inside State Farm Stadium, but only a select few.

Most were on the outside looking in no matter how ardent of supporter.

Doreen Inzalaco said, "I’ve been a season ticket holder ever since ‘97. Started off at ASU; started taking my mom back then; she’s 82 now. And we enjoy coming to the game and hope we can get in.”

Unfortunately for Doreen Inzalaco, who rode her bike to the stadium, that’s not going to happen this game day.

She hopes the NFL will reverse course in the weeks to come.

“Hopefully, my seniority as a season ticket holder, [I'll] be one of the first ones to come back," she said.

In the meantime, virtually all fans are relegated to Cardinals Way.

“We’re out here cheerin' for you. We can’t be in the stadium, but we’re here on the street. Go Cards!" one fan yelled clapping into the camera.