ESPN confirms that Brees will start on Sunday in what will be his first game back since thumb surgery. 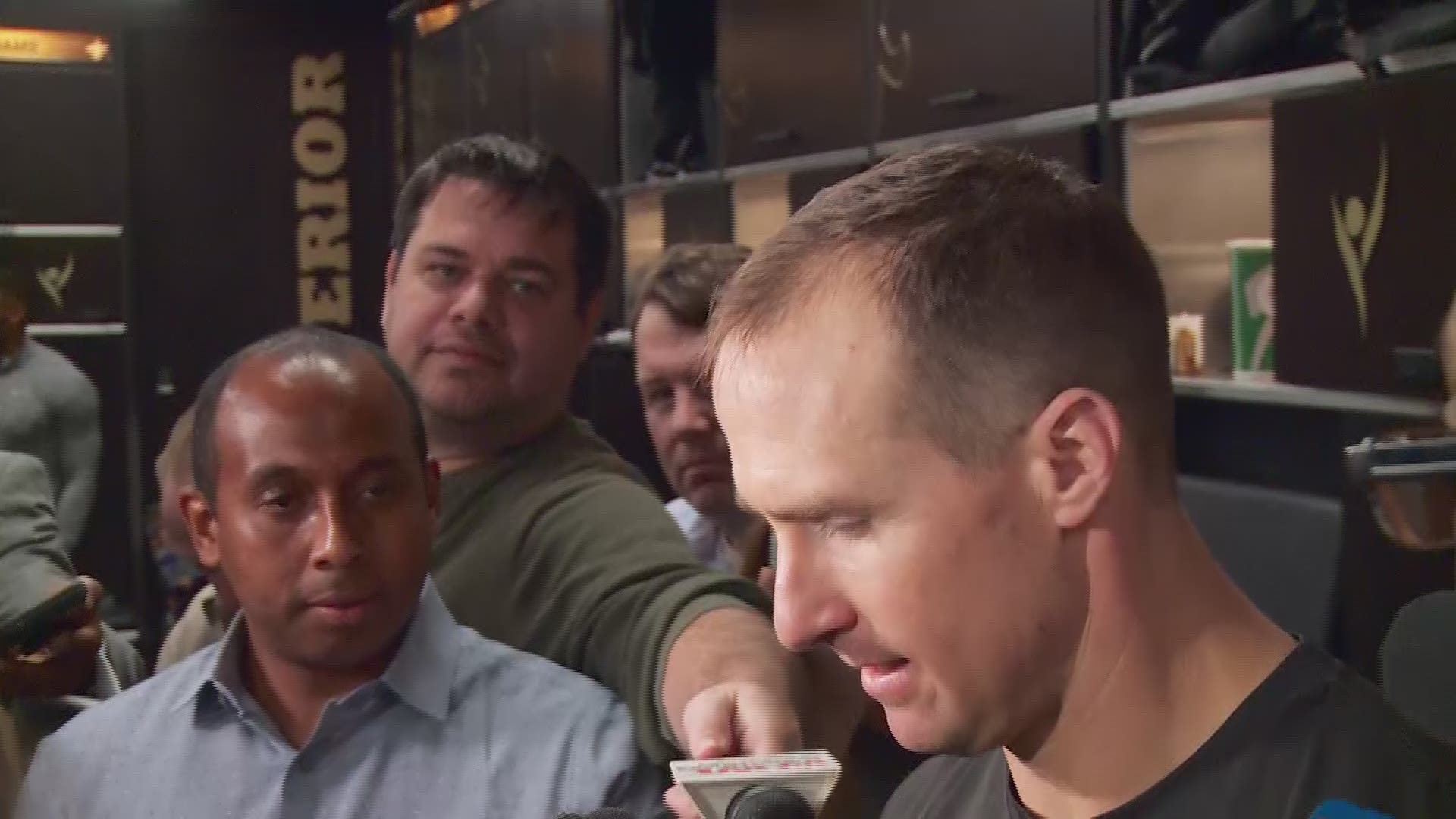 There's been a lot of talk about whether quarterback Drew Brees would return for the Saints' match up against the Arizona Cardinals after undergoing surgery on his throwing hand thumb after Week 2.

Brees has repeatedly said he's planning on playing, and according to a new report by ESPN, he'll start as well.

"Drew Brees will start for the Saints against the Arizona Cardinals sources tell me and @edwerderespn," ESPN's Dianna Russini tweeted Saturday.

RELATED: Forecast: As Brees returns, let's not forget what Bridgewater did

It'll be the first game back since the future hall of famer tore a ligament in his thumb during the Rams game in Los Angeles last month -- the Saints only loss of the season.

Earlier this week, Brees said this:

Brees affirmed that he does indeed feel like himself and that he threw the ball well at practice Wednesday but added that he wants to see how he performs throughout the week in team drills to ensure his accuracy, timing and overall effectiveness meets his standards.

"I need some competition," Brees said.

Brees said that, technically, his thumb won't be fully healed until he's three months out of surgery, which was performed on his ulnar collateral ligament in Los Angeles on Sept. 18. But Brees noted that a surgically inserted internal brace provides enough support for him to grip the ball firmly now, five weeks later.

"Today it was good to have him out there throwing," Payton said. "He's done a great job with his rehab.

"He's been medically cleared to play," Payton added. "He's got the strength and all of those things necessary when it's on your throwing hand — and your thumb is almost 50 percent of that. But we'll assess it day by day ... and we might have to wait until Sunday to see if he's playing."

With backup QB Teddy Bridgewater filling in, the Saints (6-1) have won all five games Brees has missed since his injury during New Orleans' Week 2 loss to the Rams in Los Angeles.

They enter their bye week after this Sunday, meaning that if Brees didn't play against Arizona, he'd have seven weeks of rest before returning in Week 10 against Atlanta. But Payton asserted that he doesn't hold players out of action longer than necessary because every victory counts the same, no matter the perceived strength of a given week's opponent.

RELATED: The Saints' backups are playing better than other NFL starters

RELATED: Where the Saints rank in the national power ratings

The Cardinals are 3-3-1 after winning three straight.

"I think a lot of people from the outside in say, 'Well, let's rest him one more week, then we have a bye week,'" Payton said. "Look. If he's ready to play, he's ready to play. This game's an important game just as the first game after the bye is important. So our approach will be just that."

Brees, listed as limited in practice on Wednesday's injury report, said that throughout his recovery he's been training to throw — even when he couldn't grip a ball — by working on all the parts of the body, from head to toe, involved in the mechanics of delivering a pass with optimum velocity and accuracy.

► Get breaking news from your neighborhood delivered directly to you by downloading the new FREE WWL-TV News app now in the IOS App Store or Google Play.