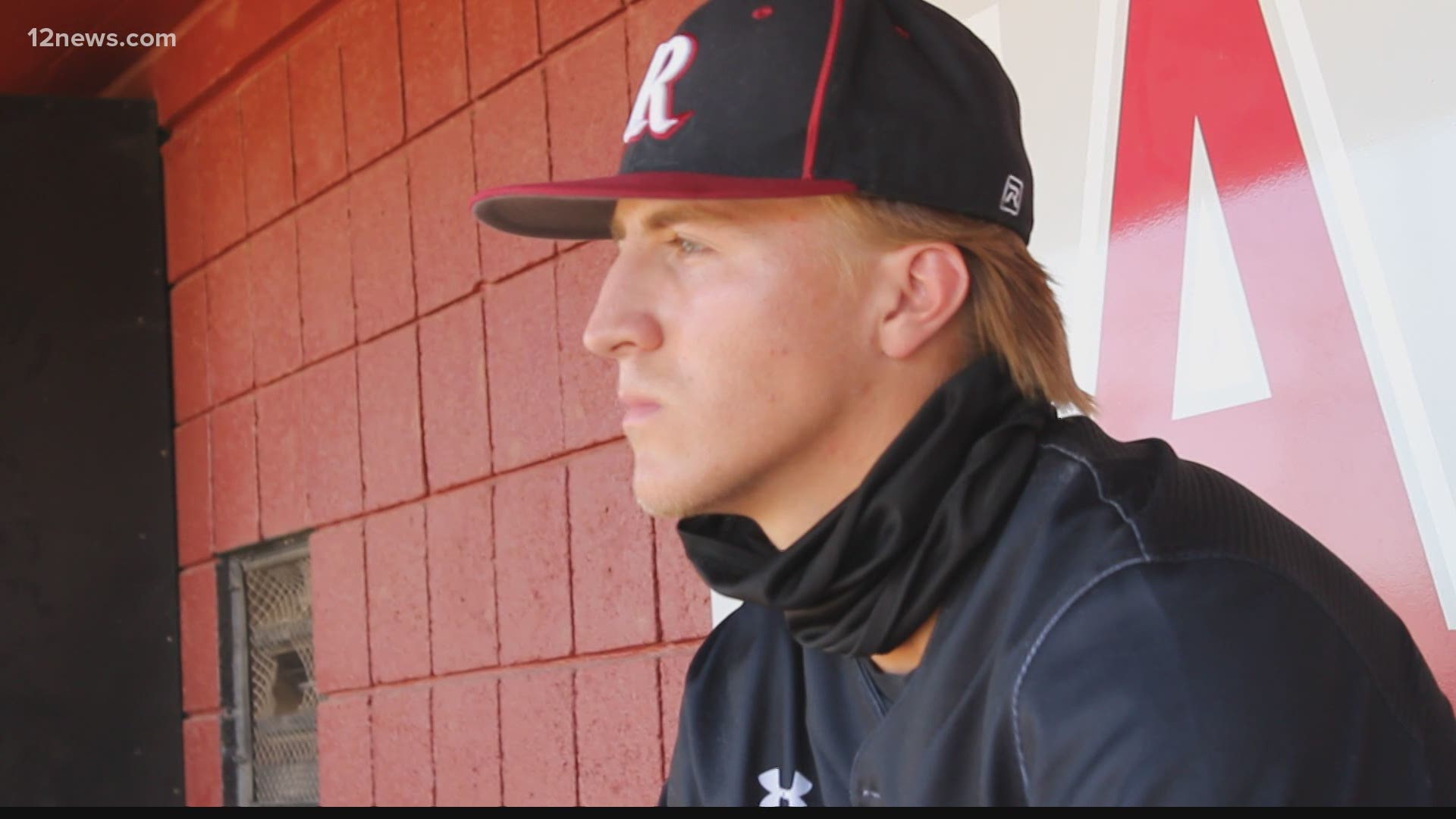 MESA, Ariz. — Desert Ridge High School senior Ayden Markovich played a big role on the Jaguars team this year despite the tragedy he’s faced and the strength it took to get here.

Ayden lost his dad James Markovich to suicide in 2018 when he was just 15 years old.

“I wanted to keep going in life, I didn’t want to just give up right then and there,” said Ayden. “I knew I had a lot of fight in me and my sister and my mom and I always knew we were going to be a fighting family.”

Ayden wants to make all his dreams come true for his dad, who he says always believed in him. But in order to do that he’d have to drive 20 hours from Montana where he moved with his mom and sister to Arizona by himself.

He’d have to live with a friend and former teammate from Casteel High School and join a brand new team at Desert Ridge halfway through his senior year.

“Brand new school, brand new team, brand new coaching staff,’ said first-year head coach Joseph Ponce.” I knew that’s not going to be an easy transition from any player so myself, my staff, we were ready to welcome him with open arms from the minute that he arrived here.”

“I knew that my future is baseball and if I really want to keep going in this sport, this is the right move for me,” said Ayden.

Montana doesn’t have high school baseball, making it difficult to catch the eyes of college scouts, but a few months at Desert Ridge is all took to land on their radar.

“He would have been a great addition to any school that would’ve taken a chance on him and I think where he’s going is going to be a great fit for him,” said Coach Ponce.

Ayden’s hard work and sacrifice paid off. He landed a scholarship to play baseball for Cal State San Bernardino.

“I’m never going to take that for granted one time because I know it can be gone in an instant,” said Ayden. “A lot of kids you know, they’ll stop doing what they love because of something like this. I overcame that and I’m happy where I’m at right now. If I wasn’t here right now it was because I gave up and I’m happy to think to myself that I didn’t give up, I just kept going, kept doing it for my mom and my sister and my family and I’m ready for the next step in my life.”

Ayden’s next goal is to be the best Cal State San Bernardino baseball player he can be, but his ultimate goal is to one day get drafted in the Major League Baseball draft.