At 23 years old, Low is coming off the most decorated junior career in bowling history. 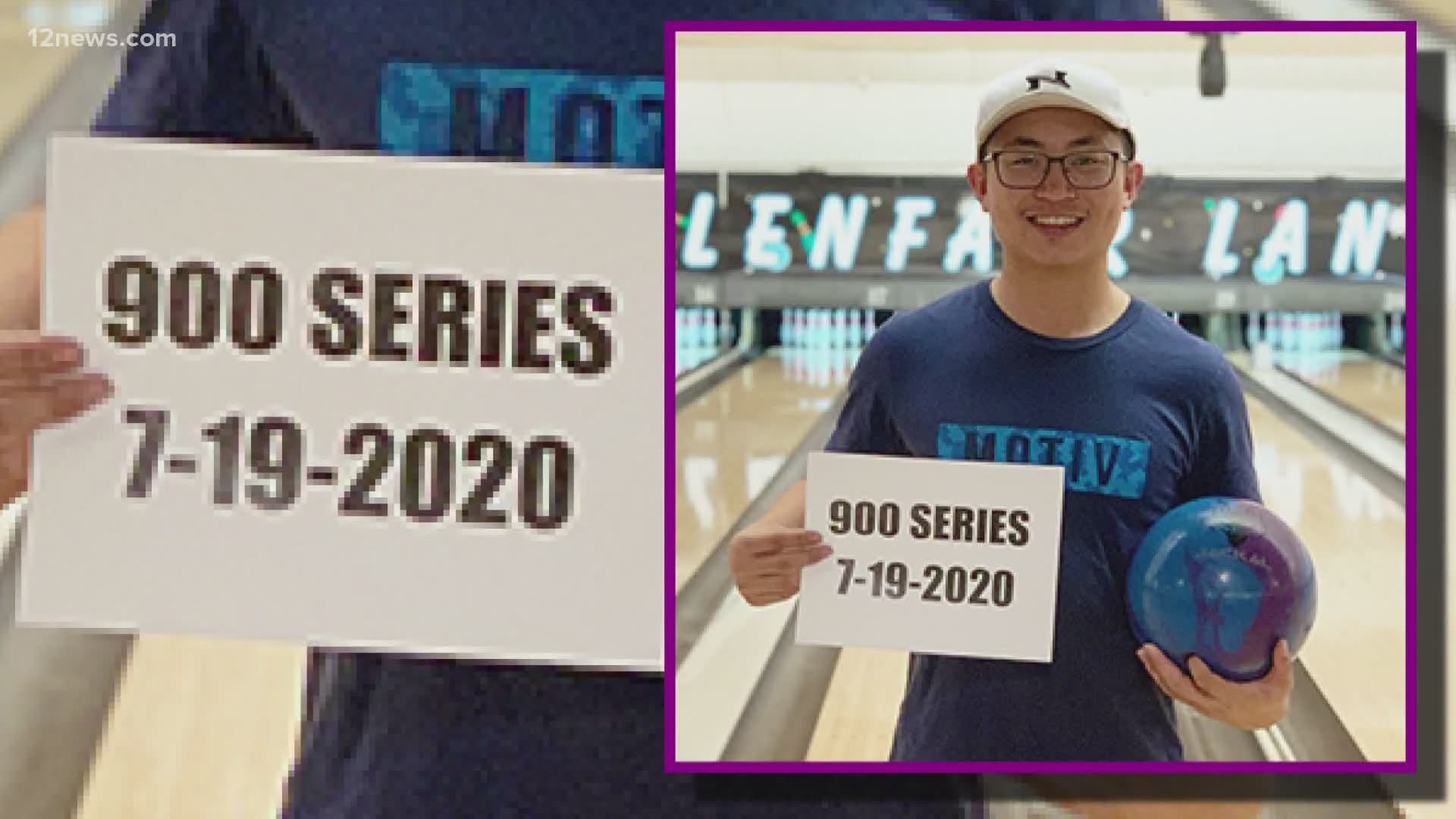 GLENDALE, Ariz. — Wesley Low is use to knocking all the pins down.

“It literally is like a kid living his dream right now,” said the Palmdale, California native.

The left-hander, competing in the 44th Annual Ponderosa Singles Classic at Glenfair Lanes in Glendale, started the 10-game event with 36 consecutive strikes, becoming the 36th bowler in history to roll a 900 series.

“I shoot the very first 300 game, and by buddies are like “hey, good job!”,” said Low. “I shoot another 300 game. So now I have two, back-to-back, I’ve never done that before. All of a sudden everyone has got their phones out and they’re just looking at you."

"Going for 900, I threw a very bad shot. As I watched it strike, it was like such a big relief. One I shot 900, and two it struck off something I didn’t think had a chance.”

The crazy part, he wasn’t even planning on bowling that day. His friends in Arizona convinced him to fly down to practice, and once he landed, they told him about a last-minute bowling tournament. “I didn’t have any expectations,” said Low. “I just went there to practice.”

With the PBA shutdown due to COVID-19, Low has been going to the Valley to train with his longtime friend Mike Calderon, owner of Bowl 300 Pro Shop and B3 Performance Training Center in Tempe, Arizona.

Low first picked up a ball at the age of three. Now at 23 years old, Low is coming off the most decorated junior career in bowling history. His list of accomplishments include a pair of wins at the Junior Gold Championships in 2013 and 2017, five appearances on Team USA, more than two dozen international medals and some bowling records.

“When I was 15 years old I actually became the youngest bowler to ever win a professional bowler event as an amateur,” said Low.

For more information on any USBC records, click here.