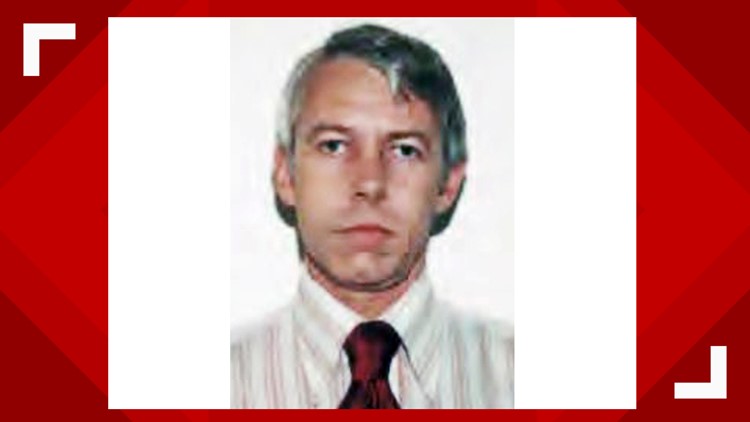 Photo by: AP
FILE – This undated file photo shows a photo of Dr. Richard Strauss, an Ohio State University team doctor employed by the school from 1978 until his 1998 retirement. A year after Ohio State announced an investigation into allegations of decades-old sexual misconduct by Strauss, a team doctor, his accusers are still waiting for the findings. Strauss killed himself in 2005. (Ohio State University via AP, File)

COLUMBUS, Ohio (AP) — The State Medical Board of Ohio ignored credible evidence in 1996 that an Ohio State University team doctor had been sexually abusing male students through genital exams for years and missed a chance to stop him, the governor and a review panel announced Friday.

A state working group that reviewed the old investigation said it couldn't determine why the medical board never took action against Richard Strauss or reported the now-deceased doctor to law enforcement, but it found no evidence the case was intentionally buried. One former employee said the investigation fell into a "black hole," according the group's report.

"That's code for: Somebody didn't want to do something," said Garrett, a former nursing student who says he witnessed and experienced sexual misconduct by Strauss while briefly working at the physician's off-campus clinic in 1996, after the medical board investigation.

Lawyers suing Ohio State over Strauss' misconduct say they now represent over 300 accusers whose allegations span from 1979 to 1997 — nearly his entire career at the university. A law firm that separately investigated allegations for the school concluded officials learned of concerns about Strauss as early as 1979 but did little to stop him .

Adele Kimmel, an attorney for some of the accusers, said the collective findings "show that every institution and person with a duty to protect Ohio State students from sexual abuse by Dr. Strauss completely failed them."

Attorney Richard Schulte, who represents a different group of about 125 survivors, said the available evidence still shows Ohio State was in the best position to stop Strauss but didn't.

The university has publicly apologized and acknowledged that failure.

Based on the state working group's findings and recommendations, DeWine is asking the medical board to identify whether there are any licensed Ohio doctors who knew or suspected Strauss' misconduct and should have reported it but didn't. He also wants the board to review about 1,500 closed cases from the past 25 years that involved sexual assault allegations against medical staff to see if any others involved evidence of criminal misconduct that was ignored.

The medical board said it welcomed the working group's recommendations and is reviewing the findings but doesn't know what went into the decision-making in 1996.

"Today we have a completely different medical board, a different investigations and enforcement team, with different processes in place to prevent this from ever happening again," board spokeswoman Tessie Pollock said. "We also have knowledge of predators and how they groom their victims. We're looking at this retrospectively with 20/20 vision because we have learned so much from the survivor community."

Ohio State officials never initiated an investigation about Strauss by the medical board or law enforcement, the working group said. Ironically, the board investigation of Strauss began because of information learned about him in a separate investigation that he had initiated against another physician.

Charles Stienecker, who was board president in 1996, said he isn't aware of the Strauss case or any other case of that nature being swept under the rug. He said only two board members would have known about the investigation unless it advanced to a hearing, and those members are deceased.

Stienecker said he wasn't aware of Strauss until he read allegations in the newspaper after the university announced an investigation last year.

Messages seeking comment were left for the other surviving members of the 1996 board.

Details of the investigation had remained confidential by law until Friday, when the board released some documents about it.

Those records show Strauss denied inappropriately touching a student who complained about him, and he suggested the student invented the complaint to cover up an embarrassing medical finding.

In a response to the complaint, Richard Strauss said he conducted a "very thorough examination" following high standards. He also said he had treated thousands of men for problems such as genital issues and sexually transmitted diseases, and none complained.

The medical board's investigation sat inactive while Strauss was able to retire from the university in 1998 with an honorary status, keep a medical license and move to California, which he filed documents to open a men's clinic.

He killed himself in 2005. No one has publicly defended him.

Ohio State said it will review the findings about the medical board investigation. The school had been forced to redact those references from the investigation it released in May but has said its goal is to share an unredacted version of the report.