Flyers posted on college campuses around the Valley cause concern

"Groups or individuals emboldened and becoming more public with their hate and promoting and recruiting, that's what we're seeing," a representative of the ADL said. 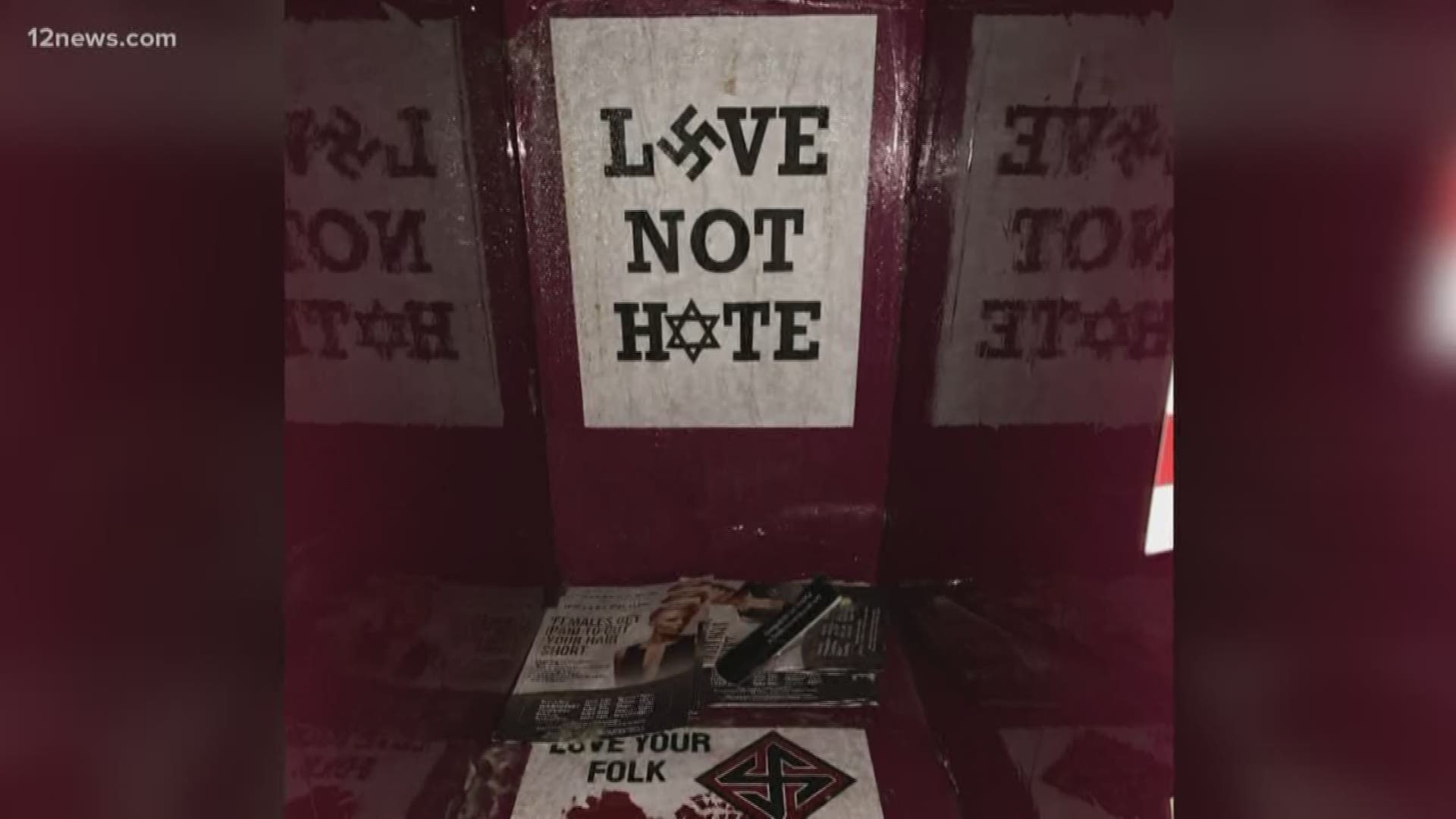 12 News spoke with Carlos Galindo-Elvira with the Anti-Defamation League about how often incidents like this happen in the Valley.

"We first must, denounce the use of a swastika. It is a hate symbol and represents a horrific period in our world history," he said.

Flyers were posted around Arizona State University campuses, according to witnesses. The ADL says this isn't the first time anti-Semitic symbols have surfaced on college campuses.

"It's worried some students and it's worried concerned citizens who have already been calling our office," he added.

RELATED: After hate-motivated shooting, what are the hate crime laws in Arizona?

The problem isn't just plastered in public. As Galindo-Elvira explains, it's on people's private property too.

"Groups or individuals emboldened and becoming more public with their hate and promoting and recruiting, that's what we're seeing," he said.

While the ADL sees a steady increase in reported hate crimes here in the Valley, he says, it's clearly an attempt to expand.

"These hate groups want to grow their ranks and they view their potential to do that on the college campuses, this is now the first time this has happened, it has happened before," he added.

Galindo-Elvira said the only way to combat this kind of hate is to form coalitions fighting hate for good.