“As of Thursday, the student who had tested positive was still in the same dorm room.” 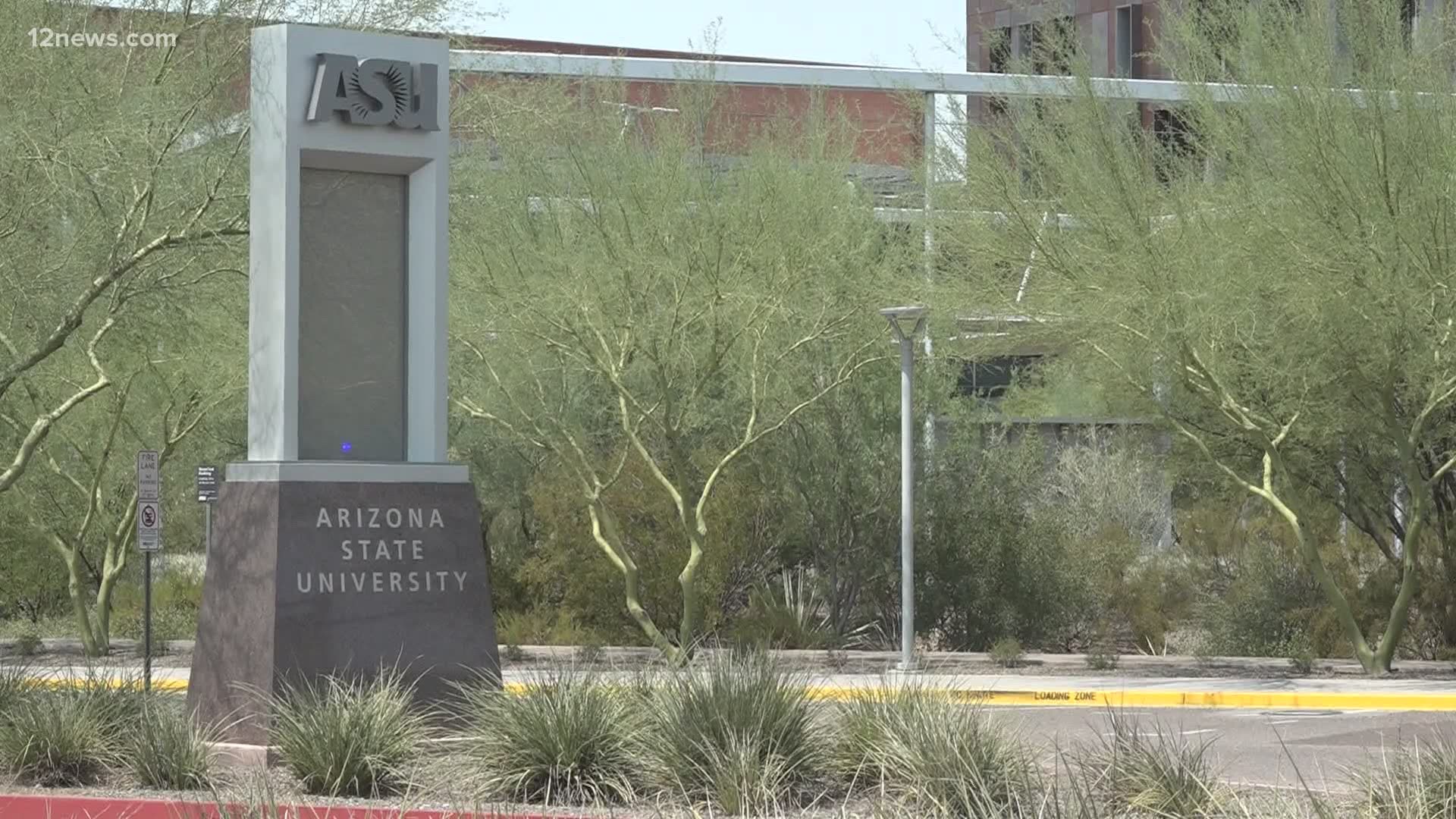 PHOENIX — Arizona State University students began classes in-person on August 20 and as of Friday officials are reporting 480 positive Covid-19 cases both on and off campus with 205 students isolating at the Tempe campus.

Those numbers have tripled in a matter of days since ASU announced 161 positive cases last Tuesday.

A mother who claims her freshman son and his suitemates tested positive in the Tooker House on Tempe's campus said the protocols put in place by the ASU officials aren't doing enough to protect her son and others.

“He’s too worried to give his parents COVID, that my son doesn’t want to come home,” said the mother. She does not want to give her identity out of caution and fear the university may retaliate.

“As of Thursday, the student who had tested positive was still in the same dorm room,” she said.

She says her son's suitemate tested positive the day before he found out his results and he had little to no guidance on what to do.

“Health services did not contact my son and say okay here are next steps,” she said.

The university says they have strict safety protocols with testing.

“We’ve got isolation spaces and any student who goes into isolation will have a team of individuals from the university that will work with them. We will have food delivered to them,” said Vice President of Media Relations and Strategic Communications at Arizona State University, Katie Paquet.

“That is not the case. They are being self-isolated in their rooms with roommates who are testing negative,” said the concerned parent.

Depending on circumstances, students who test positive may stay in isolation in their current residence hall room. If roommates or suitemates are waiting for test results and are deemed by medical staff as ‘presumptive positive’ because of their high level of exposure, there is a chance they could be told to isolate where they are.

The mother also claimed that her son was only receiving two meals a day but didn't receive any food until she reached out to university officials.

The university acknowledged their error in delivering food and all students are now receiving three meals a day.

Regarding meal delivery, an error occurred where students were only being delivered two meals per day. This has been corrected and all students are receiving three meals a day.

However, the student's mother said that even today her son only received two meals and no one has called to check on him.

"My son only received two meals again today and no one has been checking on him daily to see how he's doing. It's lies and it's very frustrating," she said.

We do have teams of individuals checking on students in isolation daily to ensure their needs are met. We also take the feedback from our students and families seriously and will continue to look at how we can improve our processes.

She said several students who tested positive for COVID-19 who attended a Tooker Hall party on the seventh floor last week.

Campus officials say they have been clear about the expectations for all members of the ASU community.

Social gatherings pose a threat to public health and violate our Student Code of Conduct. ASU will take disciplinary action against any and all ASU students who organize - and attend - such gatherings. Possible discipline ranges from warnings to suspension and expulsion from the university.