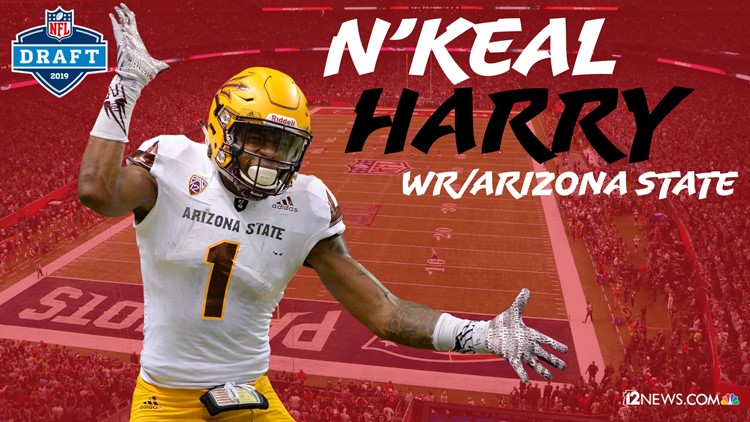 The Patriots drafted Harry with the final pick of the first round, 32nd overall. Harry was the second receiver taken off the board following Oklahoma receiver Marquise Brown, selected by Baltimore at 25.