Beyond gender: Queer and nonbinary ASU gymnast is out and proud with their Sun Devil teammates

ASU sophomore Jackson Harrison found their voice to express themselves with their Sun Devil teammates. Their story is one of acceptance and LGBTQ+ pride. 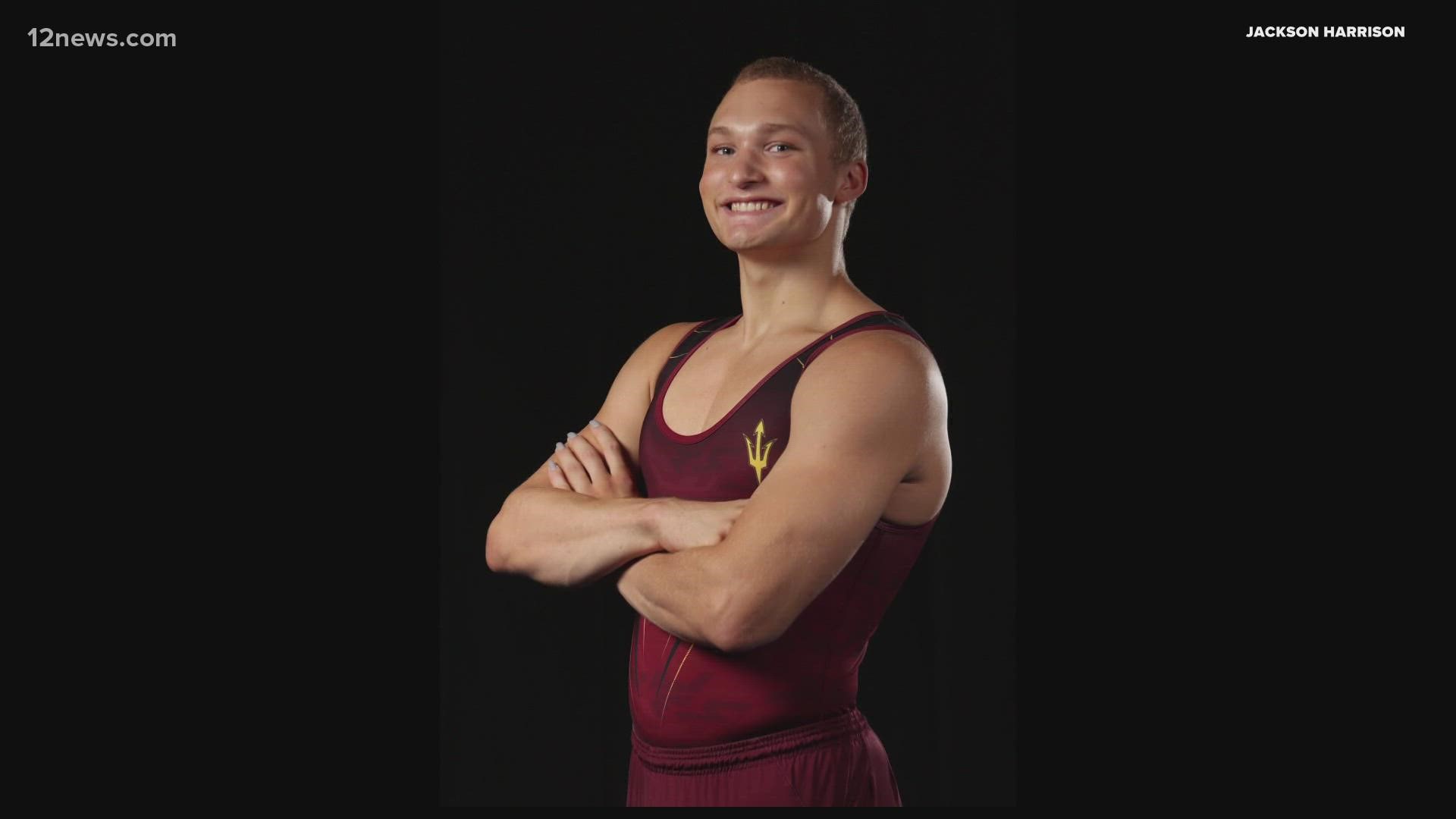 TEMPE, Ariz. — Have you ever felt like you don't fit in or you are forced to fit to be a person you know is not the way you feel inside?

That is the reality for many LGBTQ+ Americans, especially for those who are transgender or identify as nonbinary.

"The first time I ever heard of a gay person was Ellen Degeneres," Jackson said. "I remember being uncomfortable being put into the category of a man."

Harrison is from Rhode Island and started doing gymnastics at the age of seven which ultimately brought them to Arizona State University.

RELATED: Yes, Carl Nassib is the first active NFL player to come out as gay

What does it mean to identify as nonbinary?

Harrison identifies as queer and nonbinary which means they don't identify as male or female and fall under the umbrella of the transgender community with gender identity or expression differs from what they were assigned at birth.

But they came to understand their truth at ASU with their teammates.

“My coach said something, and we were all in line, like “be a man about it,” said Harrison. "I was like 'oh my gosh. I’m so uncomfortable with this; being put in this box because I’m not a man.'"

Harrison began opening up to their teammates and found immediate acceptance.

“It was more than I could have ever expected," Harrison said.

RELATED: US issues its 1st passport with 'X' gender marker

Why do pronouns matter for the transgender and nonbinary community?

Most people take our pronouns for granted but for queer, gender non-conforming, nonbinary and trans people, pronouns are a matter of respect and validation. Pronouns identify a person when their name is not being used.

Examples include "he/him/his," "she/her/hers," and "they/them/theirs."

Using the correct pronouns and names for transgender youth has been shown to reduce depression and suicide risks which is why Jackson coming out to their teammates and their team's response matters.

"The next day at practice, our captains were coming up to me and telling me how amazed they were and asked if I could hold them accountable for using the right pronouns,” said Harrison.

A 2021 study at the Williams Institute at UCLA found that 1.2 million Americans identify as nonbinary. This year has seen a record number of Republican-sponsored anti-transgender bills introduced across the country with many of them targeting minors.

Why does Pride matter?

Just days away from Phoenix celebrating 40 years of honoring LGBTQ+ people in the valley, Jackson hopes their story honors the trailblazers of the past and continues to pave a road for others to be welcomed like their teammates welcomed them.

“It’s not only a time to celebrate," Harrison explained. "It’s a time to try and learn about our community and the people involved in it and make yourself a better person for those other people.”

Watch more incredible and heartwarming stories from the Grand Canyon State on YouTube.

Queer, nonbinary ASU gymnast is out and proud with their Sun Devil teammates