Freshman quarterback Jayden Daniels will make his return for the first time since his high school days. 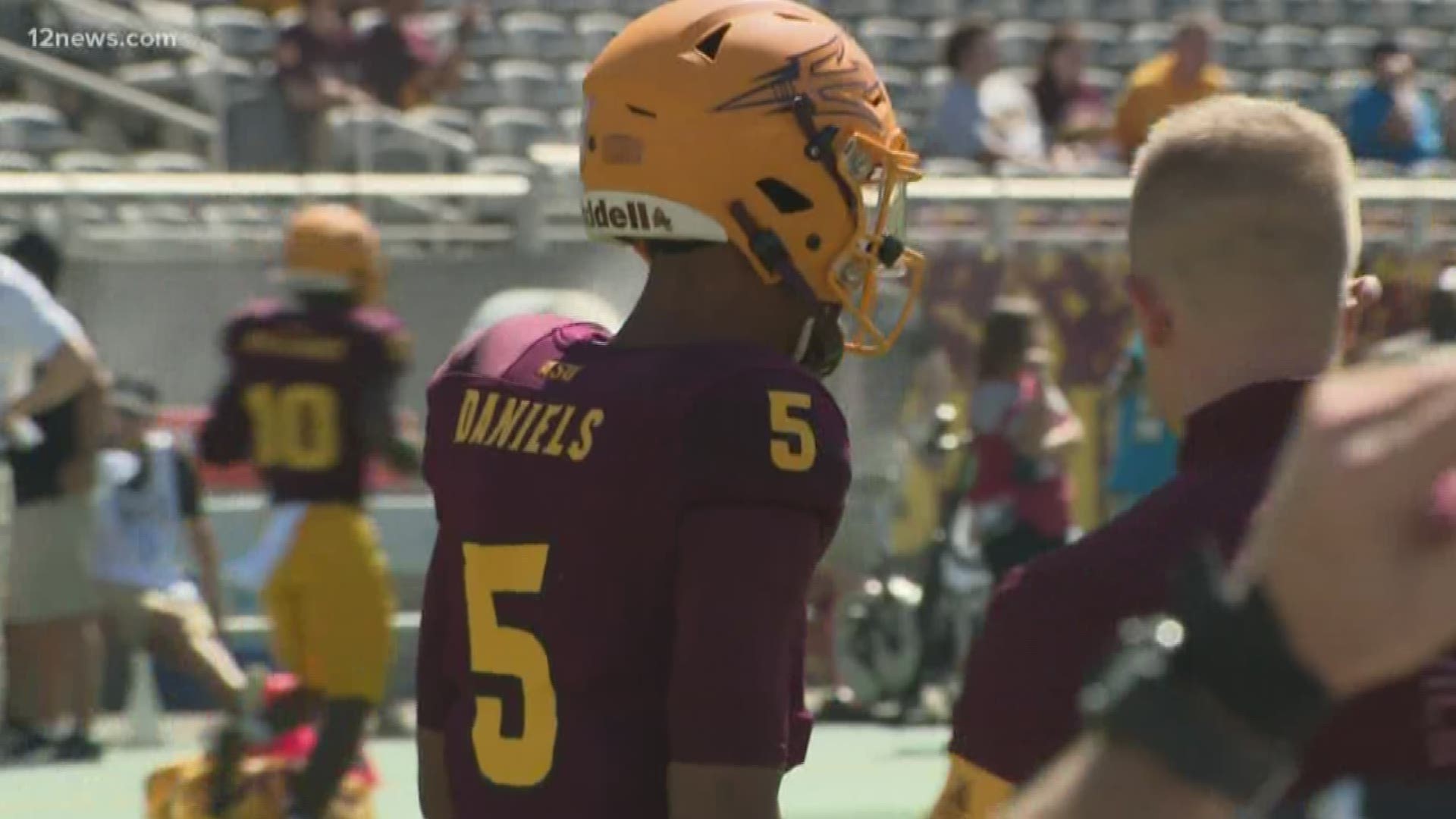 It’s a big week for a big group of ASU football players, heading back to their Southern California Roots to take on UCLA.

Head Coach Herm Edwards wants his players to embrace the environment and their excitement.

“You can’t tell them you shouldn't be (excited),” said Edwards. “Of course they're going to be excited.  As long as they’re focused, that’s all I care about.”

Freshman quarterback Jayden Daniels will make his return for the first time since his high school days.

“It’s going to be fun going back home for the first time playing in front of people that watched me in high school,” said Daniels. “They’re going to be able to attend the game so it should be fun.”

The community in Daniels’ hometown of San Bernardino has rallied around him and even retired his number at Cajon High School just last month.

“They’ve really been supporting me ever since I was young,” said Daniels. “ It’s a genuine love and support from San Bernardino.”

Daniels’ friends, family and even former coaches will be in attendance Saturday, which leads to Coach Herm Edwards one concern—tickets.

“I just want them to get ticket stuff and all the family stuff, get that out of the way,” said Edwards. “And when you go down there go play.”

Daniels says he has all of that taken care of, and now it’s time to focus on the task at hand.