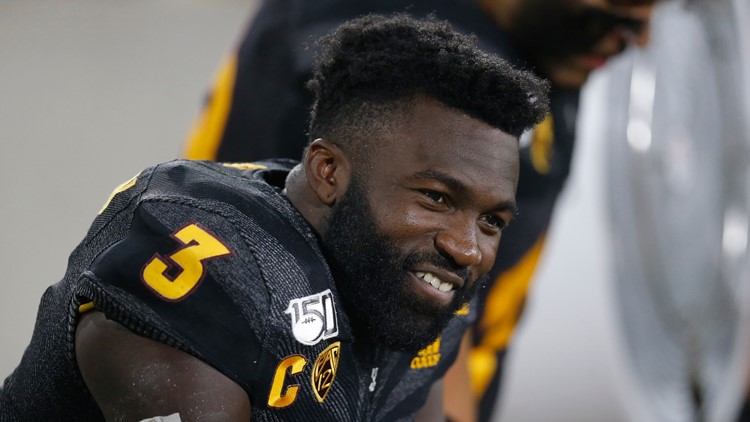 Photo by: AP
Arizona State running back Eno Benjamin (3) performs in the first half during an NCAA college football game against Colorado, Saturday, Sept. 21, 2019, in Tempe, Ariz. (AP Photo/Rick Scuteri)

The ASU captain rushed for more than 100 yards in 15 games over the past two seasons.

Benjamin broke the single-season school record for rushing yards in 2018 with 1,642 yards. He also broke the single-game school rushing record with his 312-yard performance against Oregon State in 2018.

He rushed for more than 100 yards in his final two regular season games as a Sun Devil, helping to knock off No. 6-ranked Oregon at home and to keep the Territorial Cup in ASU's hands with the defeat of in-state rival Arizona.

Benjamin was No. 1 in the PAC-12 conference in rushing attempts in each of the last two seasons.

He graduated from Arizona State University in three years.

Benjamin will look to become the second ASU running back drafted in three years after the Miami Dolphins selected Kalen Ballage in the fourth round in 2018.