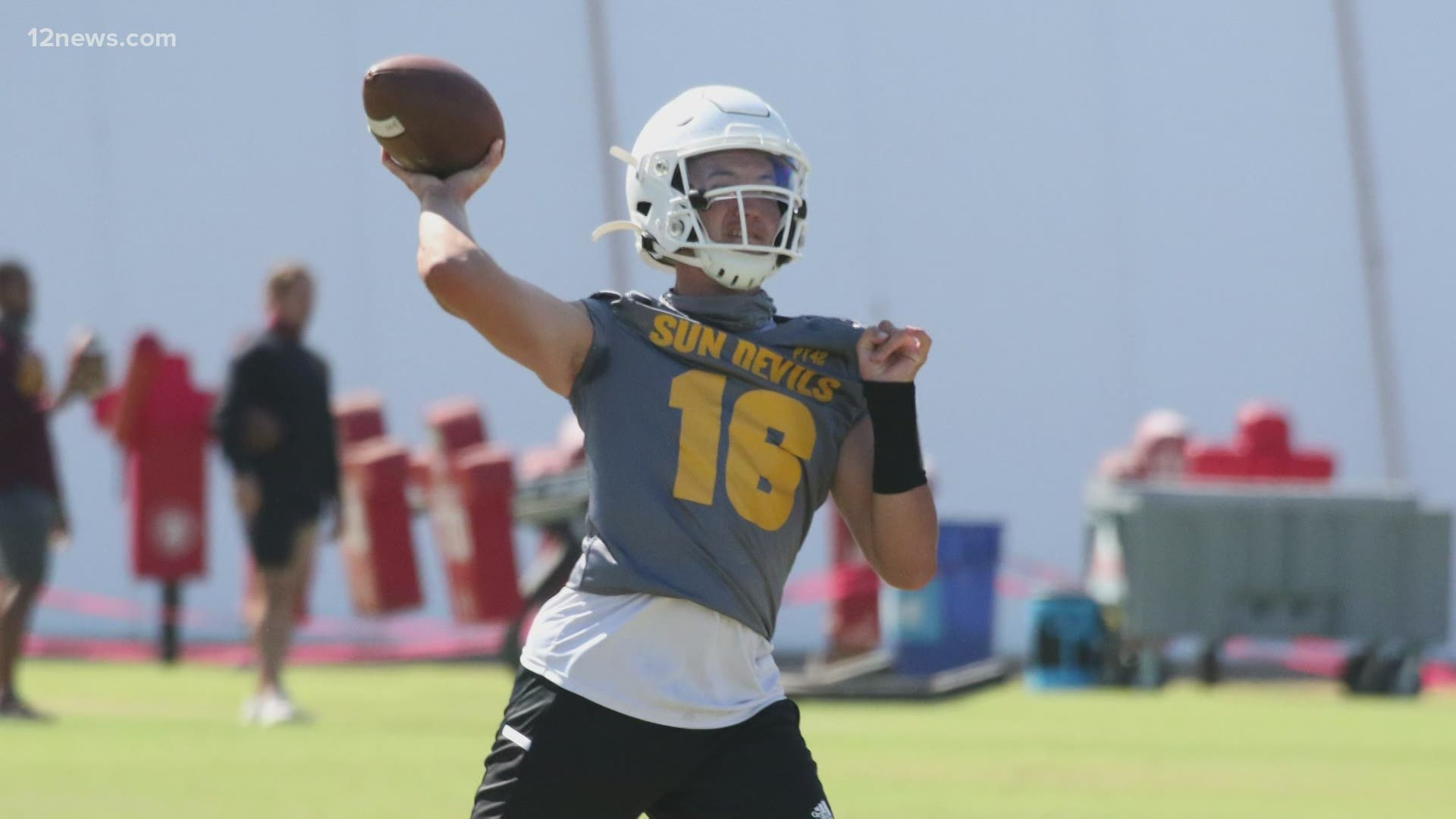 “I remember first grade, school started at 8:30,” said Trenton. I would be up at 7 a.m. I made my lunch, made my chocolate milk, and then I’d turn on SportsCenter for an hour.

It’s a sport he was destined to love, a part of his roots that started in Tempe when his dad Toby coached his mom Vanessa’s flag football team as college students at ASU.

Trenton grew up watching his dad play and coach and he’s had a lot of success following in his footsteps in both. In 2018, he led his 14U flag football team to a win in the NFL Girls National Championship at the Pro Bowl. Trenton was the head coach.

“Our program, Tuscon Turf which is an elite program known nationwide, it started with just me and my two brothers, a cousin here and there. There were five of us and now it’s a program with 200 kids.”

That love for playing and coaching made the decision to come to ASU as a walk-on, an easy one. He accepted the offer on the spot.

“Shoot, under Herm Edwards, Marvin Lewis and Antonio Pierce, Kevin Mawae. I still tell my dad I’m hanging out with Kevin Mawae, Coach Mawae. This is a Hall of Famer, it’s like meeting a Jedi or something.”

Each day Trenton suits up with the number 16 on his jersey, he’s reminded that it’s all meant to be, sharing the same number as his favorite player, his dad.

“It was kind of like a sign from God or something, it made me realize I got 16 not only for my dad but Joe Montana and really Jake the Snake, you know he’s a legend here.”

The redshirt freshman was the 5th string quarterback when he arrived at ASU and his hard work and dedication have opened the door to become the backup quarterback to Jayden Daniels.

“I kind of came and understood my role out of being the scout team. I took that very seriously. I don’t want people to label me as a walk-on or a scholarship. I’m going to be me, I’m going to compete every day, I’m going to control what I can control, my attitude, my effort, and everything is going to work out for a reason. I’m preparing like I’m the starter whether I’m the first string, 5th string, 3rd string, whatever it is.

ASU opens its season at USC on November 7th.