The tragic events of Sept. 11, 2001, led ASU football coach Herm Edwards to the best moment in his coaching career. 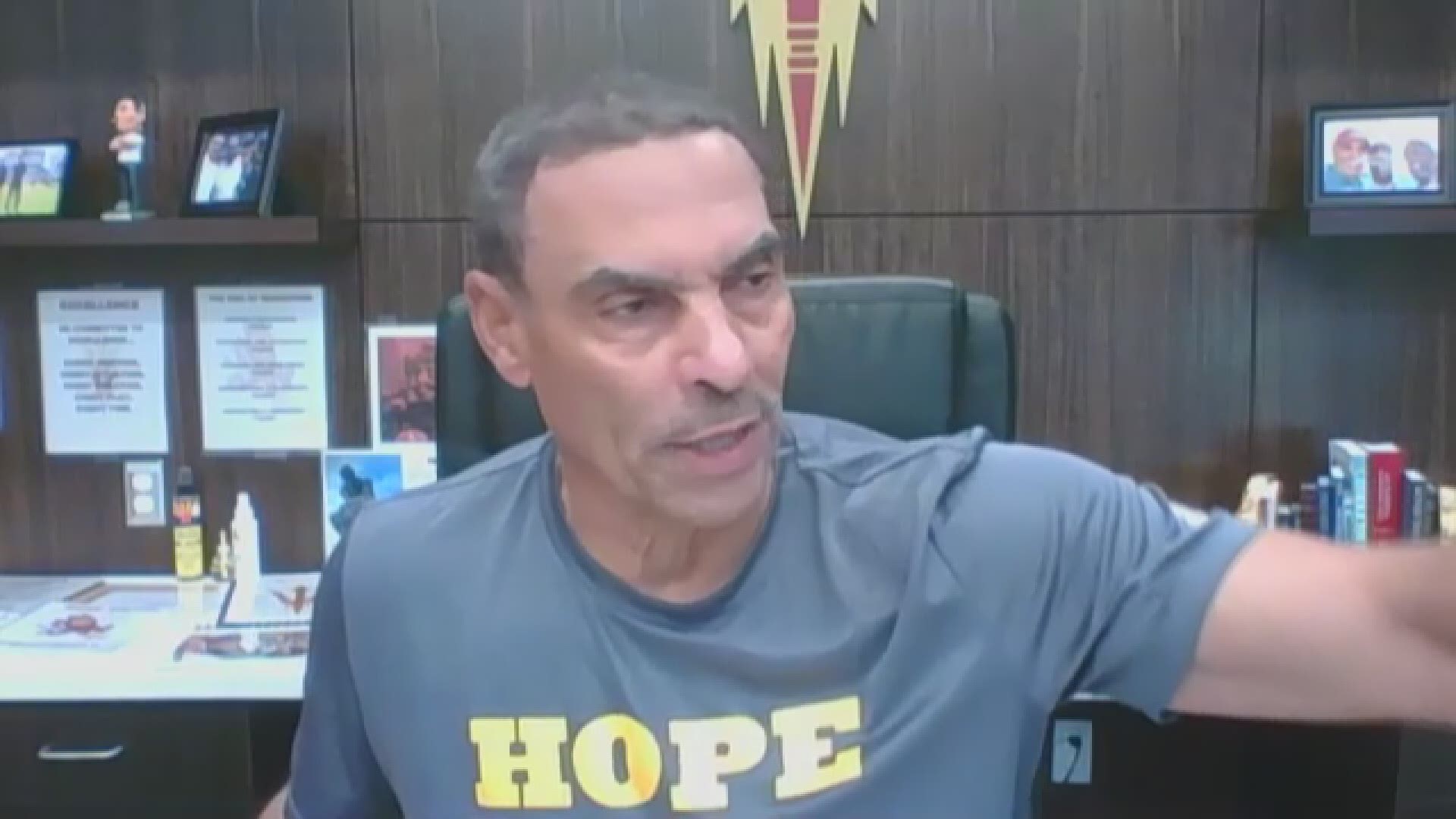 TEMPE, Ariz — Similar to the view of airplanes coming and going from Phoenix Sky Harbor Airport in the office at Sun Devil Stadium, Edwards had a view of LaGuardia Airport from his office at Hofstra Campus.

Then the head coach of the New York Jets, Edwards noticed the absence of planes from his window the afternoon of Sept. 11, 2001. When he turned on his TV later that day, he’d find out why.

“All of a sudden I looked at the news and all I see is this plane running into the building,” said Edwards.

“I lived right up the road. People would leave their cars and catch the subway into work. It was amazing those cars were sitting there for days and days because those people never came back,” he said.

The terrorist attacks were on a Tuesday when the league had the day off. The following day Edwards called a meeting after about 20 minutes into practice.

The Jets were supposed to play the Raiders that week, but the vote was unanimous. The players didn’t want to play.

The league would eventually postpone the game, but Edwards knew he made the right call regardless. Later that season, he’d get confirmation.

Edward’s decision from there is what led him to the best moment in his coaching career. He took the team in buses and stopped near the site of attacks where first responders were coming in and out. The team loaded trucks with water and supplies for those responders and thanked them for what they were doing.

“You felt compelled at that time as an American to do something,” said Edwards. “That was probably my best moment ever as a football coach to be quite honest.”

The Jets quarterback at the time, Vinny Testaverde, brought a brick back from the site.

“When we went back to practice the first day, he holds the brick up and he says, ‘We’re playing for them man, we’re playing for these guys’. And that was it, we all said, let’s do it. That was kind of the deal that got us going,” he said.

Fast forward to their final regular-season game of the year, it all came full circle. The Jets were 9-6 and playing their make-up game against the Raiders. If they won, they made the playoffs.

The game boiled down to a field goal to win it with seconds left in the game, John Hall kicked a 53-yard field goal to seal the 24-22 win for New York.

“It was one of those deals where it was just like, doing the right thing in life, it just works out.”