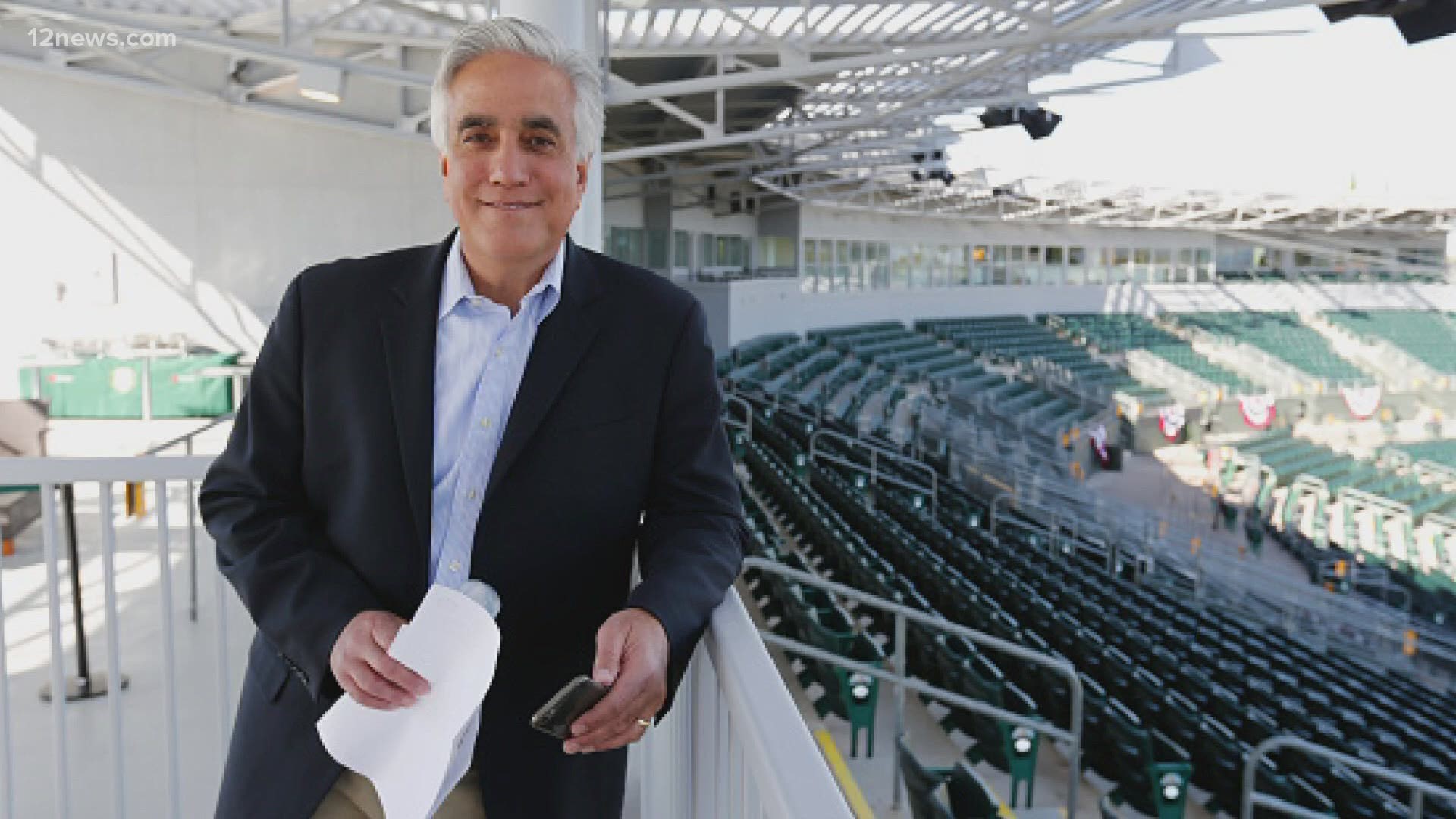 PHOENIX — Not everyone is lucky enough to have a neighbor like Pedro Gomez, ASU baseball coach Tracy Smith hit the jackpot.

Smith became friends with Gomez when he moved into the same neighborhood seven years ago and they immediately hit it off.

For the first time in months, Smith and his wife spent Saturday night hanging out with Gomez and his wife Sandra.

They talked in depth about life, family, and even Gomez’s cooking, in a depth that they had never reached before. It was Smith’s favorite memory with Gomez.

“I just remember as we were leaving, I hugged Sandy and Pedro and I hugged, and I don’t normally do that,” said Smith.

Less than 24 hours later, Gomez passed away unexpectedly. He was 58.

“I think we got robbed, on a lot of levels,” Smith said. “Sandy and the kids got robbed of an unbelievable father and husband and role model. But, I think you guys got robbed in a profession because you lost a giant.”

It’s all still raw for Smith, but he’s grateful to have spent one last night getting to know the man beloved by everyone who knew him.

“I’m so thankful; that we had that night and we shared that conversation because as we’ve learned life is very precarious and we should not take it for granted.”

Gomez is survived by his wife, Sandra; sons, Rio and Dante; and daughter, Sierra.

"Pedro was far more than a media personality," his family said in a statement. "He was a dad, loving husband, loyal friend, coach and mentor. He was our everything and his kids' biggest believer."

"I think we got robbed."@ASUSkip remembers his friend and neighbor, Pedro Gomez, and the night he spent with him before he suddenly passed away. #12Sports pic.twitter.com/a9xHYeELMc

Tracy added that's he's not a real affectionate guy but that for some reason he hugged Pedro before he left. Said he normally wouldn't do that.