May is Mental Health Awareness Month and in honor of that, former ASU women’s basketball guard Robbi Ryan is sharing her story with mental illness. 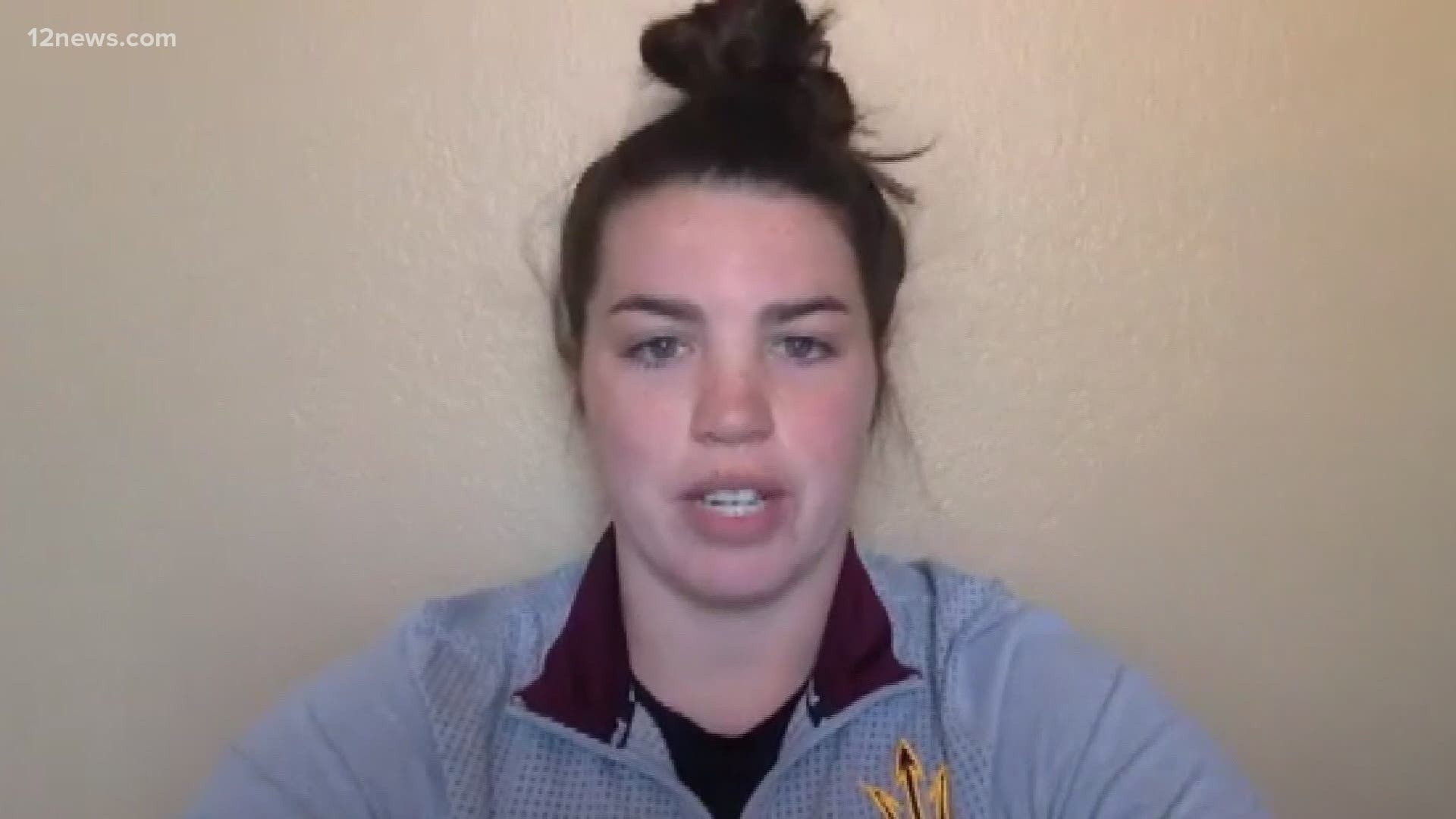 PHOENIX — May is Mental Health Awareness Month and in honor of that, former ASU women’s basketball guard Robbi Ryan is sharing her story with mental illness.

"Athletes, they’ve always been coached to be tough,” said Ryan. “That kind of transfers into you even when you’re feeling sad or down. That’s kind of the mindset, and that’s not really the best mindset to have.”

Ryan finished her senior campaign with all PAC-12 honors as the team’s second-leading scorer. She made the conference academic honor roll and is now just a few classes shy of a Master’s degree. But at one point, she was ready to walk away.

“Eventually I just kind of broke down and knew that something wasn’t right and I needed to start facing those feelings," she said. "When that time came, it was obviously very difficult.”

“For her to be able to continue to compete, continue to excel in school, to lead while she’s dealing through all this, that tells you what kind of young woman Robbi Ryan is,” said coach Turner Thorne.

With the help of teammates, coaches and counselors, Robbi has been able to fight past a battle with clinical depression and is now sharing her story.

“Living my truth and putting my truth out there is very freeing,” said Ryan. “I was kind of nervous when this first got published. After I got the feedback, it was just an amazing feeling that sharing my struggles could help others with theirs.”

Although it’s a constant journey, Ryan feels she’s made it past the worst and is hoping her story will help others going through a similar situation.

For her, putting pen to paper is something that’s helped as well. Ryan would write about some of her emotions and journey with mental health even while traveling to away games. Some of what she’s written is published on the ASU athletics website.

RELATED: Can't sleep? Here's how to get some rest amid coronavirus pandemic