Arizona Rattlers return to play after a nearly two-year hiatus

The return for the indoor football team has been a long time coming. 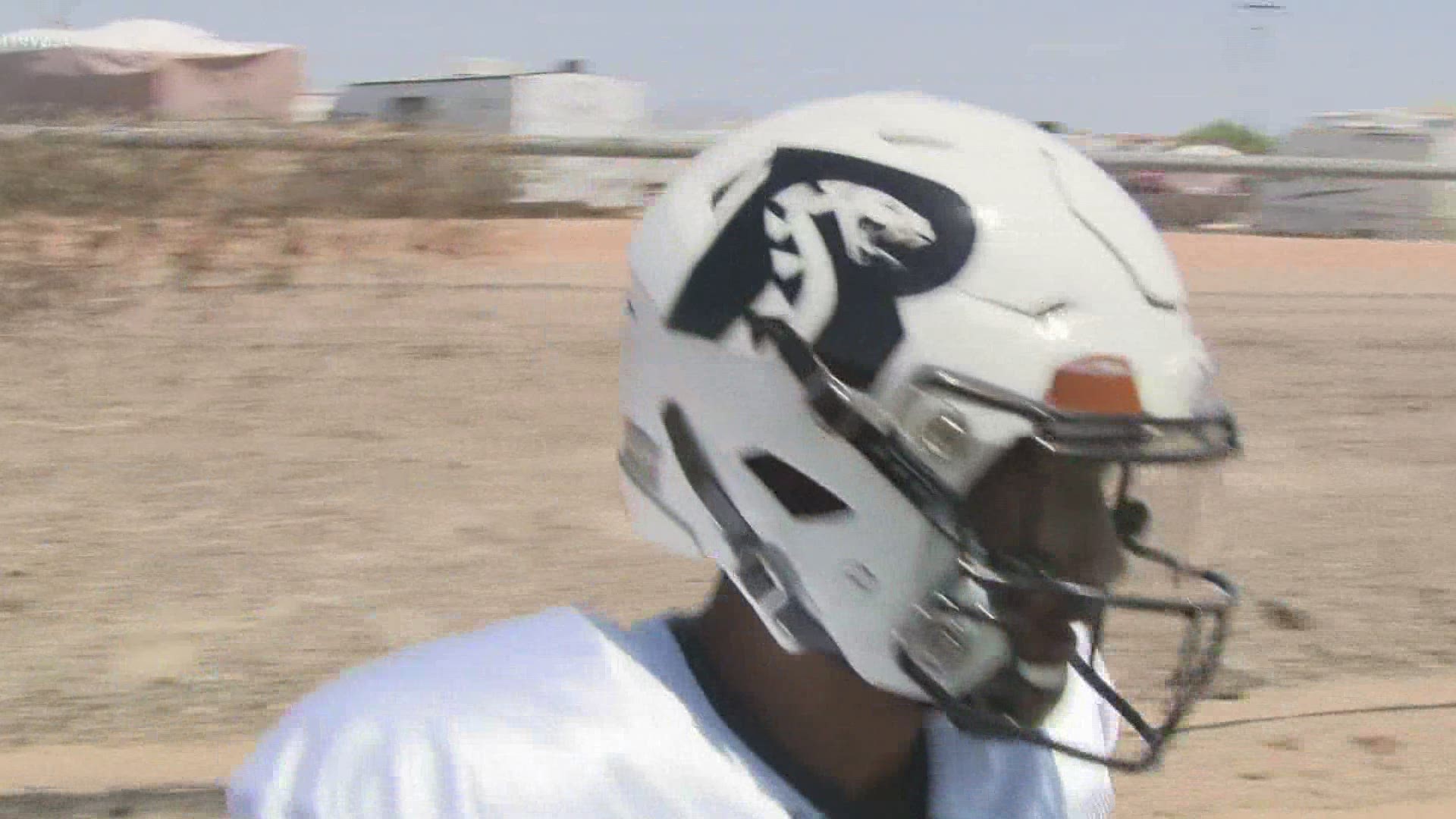 PHOENIX — The last time the Arizona Rattlers practiced was March of 2020, the last time they played a game was nearly two years ago in the United Bowl Championship.

Training camp has officially begun, and it’s been a long time coming.

Only 12 returning players are currently on the team’s 40-man roster which will be cut to 30 by Saturday.

Among the familiar faces, quarterback Drew Powell who, like many players, picked up odds and ends jobs to make some money after their season was shut down.

Powell even cleaned headstones and dug graves at a graveyard near his home in Virginia.

“Nothing like that!” linebacker Byron Evans II laughed in response to Powell’s job. “But man, 312 packages a day, that’ll get ya,” he added regarding the job he took last year working for Amazon.

Evans is the son of NFL great Byron Evans.

It’s safe to say everyone on the field is happy to be there.

“When I got the call from the Rattlers, it just lifted a weight off my shoulder,” said Vince Testaverde.

Vince, the son of another NFL great, Vinny Testaverde, was eager to land anywhere he could. Maybe even a little too eager.

“Yesterday I came out a bit too excited, had to take a step back and focus on the periods and the plays and all that,” said Testaverde.

Everyone’s working hard not only to earn a spot on the 30-man roster but to ensure they have a season this year.

“Everybody here bought in from the players to the staff to the coaches,” said Rattlers’ head coach Kevin Guy.

The IFL season has been pushed back this year, so the Rattlers’ regular season schedule will begin May 16th and run through the end of August. Their first home game is June 12th out at Phoenix Suns Arena.