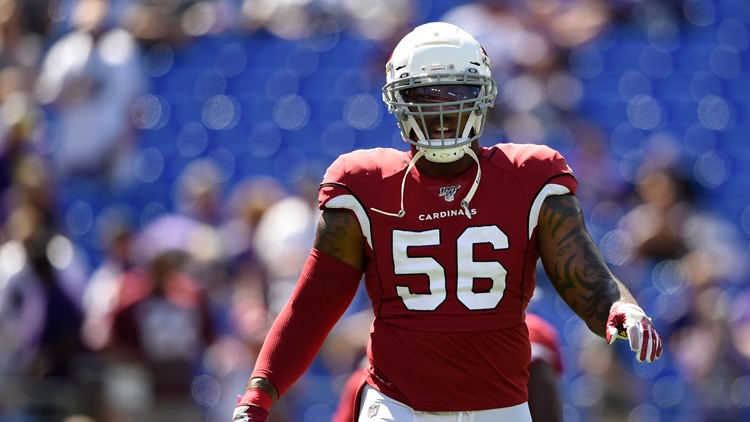 The Arizona Cardinals announced Friday that the team has released linebacker Terrell Suggs.

After joining the team in the offseason as a free agent, Suggs played 13 games with the team this season.

The veteran linebacker was drafted 10th overall in the 2003 NFL Draft and since then, has racked up seven Pro Bowl appearances, a First Team All-Pro honor and NFL Defensive Player of the Year honor (2011).

He played 16 seasons with the Baltimore Ravens before joining the Cardinals in 2019.

Suggs was a standout on defense in his years at Arizona State University.