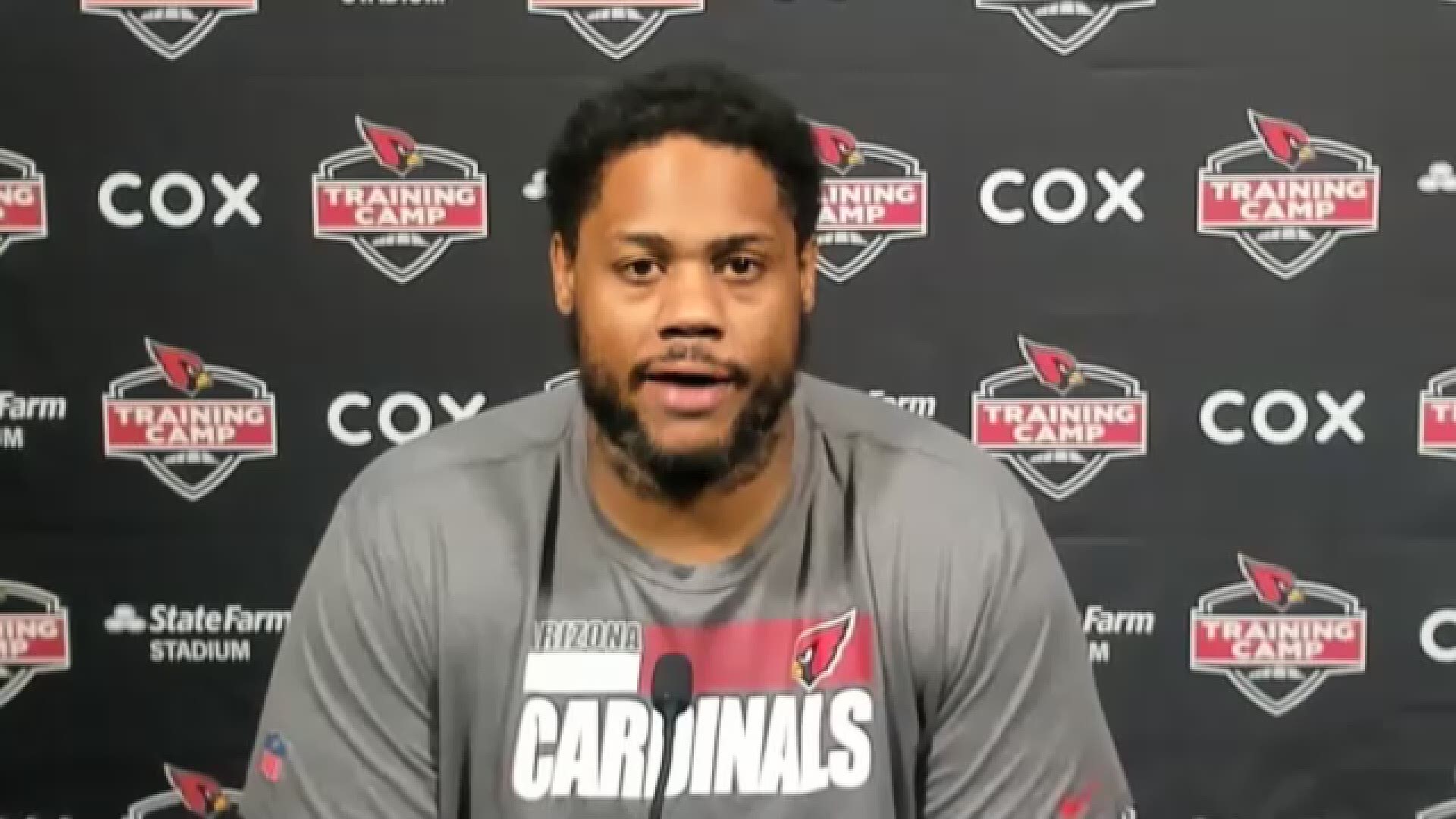 The Arizona Cardinals Red and White practice is an annual tradition, but to some, it was another opportunity to clear their mind.

The question has become, what’s next? How will the team take a stand against racial injustice? It’s something the team in the process of figuring out.

“One thing that some guys are concerned about and I am as well, I think this is an excellent platform… and I don’t want us to give away our platform," he said.

In the meantime, they’re talking. Making sure every conversation is a step in the right direction for everyone.

“We don’t want to just jump out there all emotions and have to worry about what comes with it and what we’re not prepared for,” Humphries added. “We want to be able to be organized and have a plan and something to stick to.”

“It’s not a dictatorship,” said Peters. “One thing we want to do is be sensitive to one another, have compassion for one another and you know, we can disagree with certain things peacefully and all work towards the same goal of not only winning but make this a better country for everybody.

The Cardinals begin their season against the San Francisco 49er’s September 13.