The AIA said last month the only thing that would change the Jan. 18 start date would be a government prohibition or shutdown. 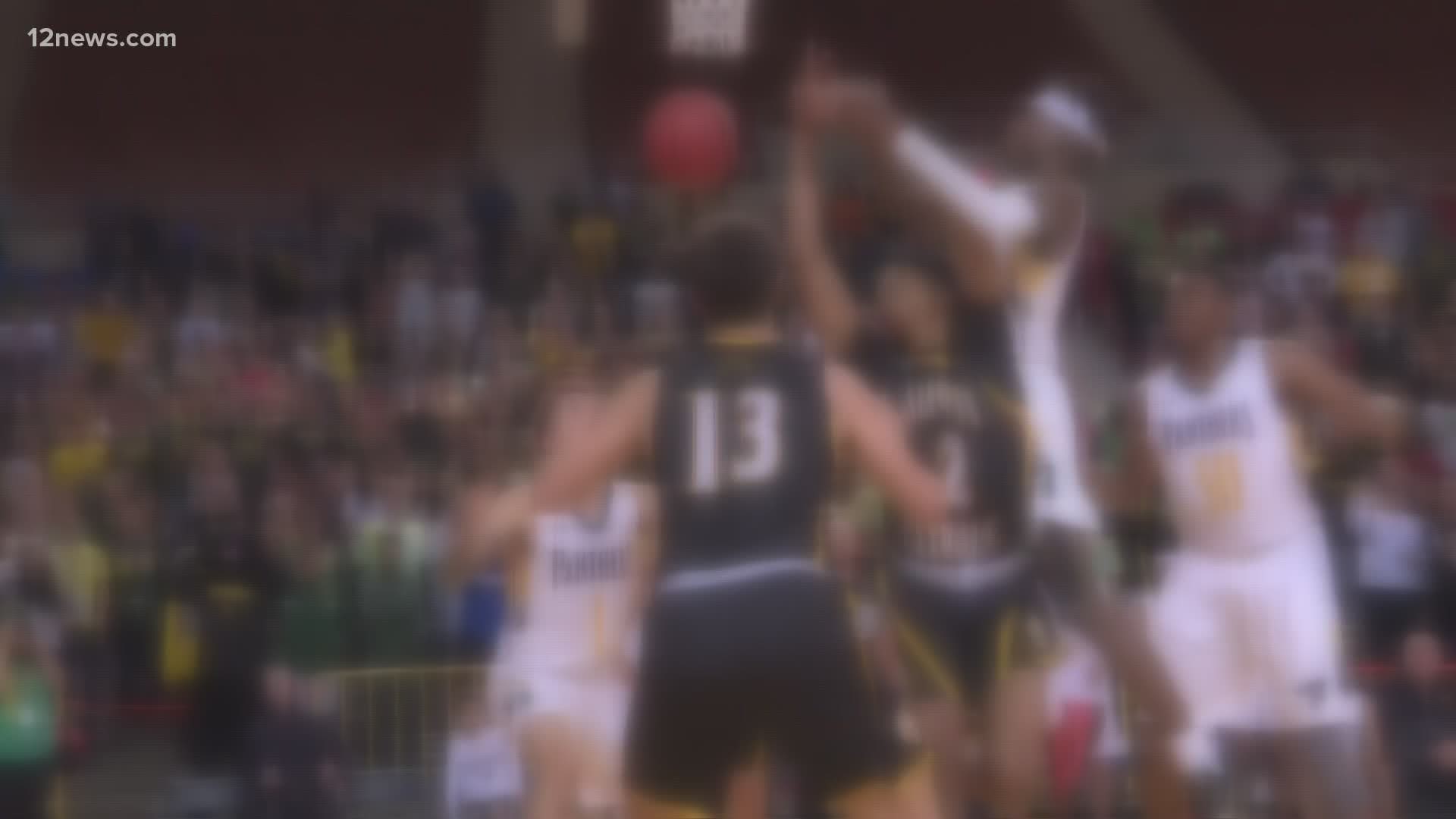 The AIA went into an executive session on Friday to determine how to move forward with the upcoming season with Arizona's coronavirus situation.

The vote was 5 for and 4 against canceling the winter sports season.

Competition was supposed to begin on Jan. 18 after being pushed back last month. At that time, the AIA said the  "only thing that could create a statewide delay or change to this date would be government prohibition or shutdown."

According to the AIA, the Sports Medicine Advisory Committee (SMAC) made a recommendation on Jan. 7 to the AIA’s Executive Board to cancel the high school winter sports season.

The committee recommended to the board that hospital capacity be considered an important factor when considering the winter season. "This week in Arizona, 93% of all Intensive Care Unit (ICU) beds and 92% of all inpatient beds are in use, leaving concern that injured students may be unable to receive needed care due to a lack of beds or available medical professionals," a release from the AIA read.

High school football started in Arizona late September, delayed about one month, after the AIA approved updated recommendations from its Sports Medicine Advisory Committee in August of last year. The season ended in mid-December with each division finishing the season with championship games.

In early December, Phoenix canceled all field reservations in the city’s parks over the next several months due to the spread of the virus.

Professional and collegiate teams are currently playing in Arizona without fans. The Arizona Cardinals had fans at some home games during their season, but none at their final three home games due to the spread of COVID-19 in Arizona.

The Phoenix Suns began their season in late December and are not playing in front of fans.

The Arizona Coyotes announced on Thursday they would start their season next week allowing 3,450 fans into Gila River Arena for home games.

Arizona had one person of every 115 people diagnosed with COVID-19 from Dec. 30 to Wednesday.

The diagnosis rate is obtained by dividing the state population by the number of additional cases.

With the surge stressing Arizona hospitals, 4,907 COVID-19 patients occupied inpatient beds as of Thursday, including a pandemic record 1,122 in intensive care beds.

Arizona’s cases, deaths and hospitalizations have been steadily rising before Thanksgiving, when gatherings and travel were expected to further spread the coronavirus.