Paul's Extra Point: We're not covering the hurricane for ratings

It's not a scare tactic, either. 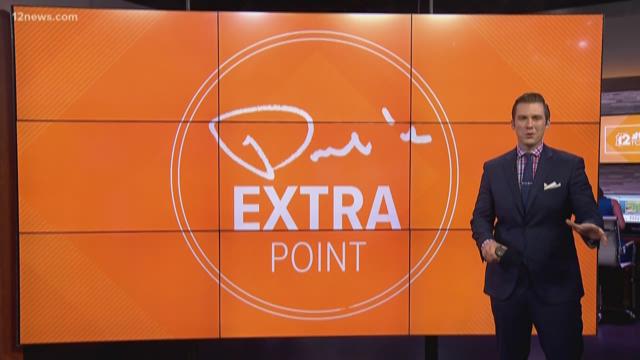 Are you tired of seemingly endless hurricane coverage? Good. That means you and your loved ones are prepared for a potential crisis.

Let’s start with a thought experiment. Raise your hand if you’re familiar with the dangers of drunk driving. How about the carcinogenic chemicals in cigarettes? Or the long term health risks associated with obesity?

Safe to say, none of that is news to us. Still, those messages get pounded into our heads on a near-daily basis via billboards or commercials or health snippets on the local news. Can hearing those warnings over and over get a little annoying? Sure! However, I think we’ve generally accepted those reminders are important, and if just one person is deterred from destructive behavior- if one life is saved- it’s worth it.

Raise your hand if you knew that storm surge is the leading cause of fatalities in tropical cyclones. Be honest. I sure didn’t… But I do now. Do you know why? Because we’ve been incessantly discussing a hurricane 2,200 miles away that will have no direct impact on the state of Arizona.

There’s a purpose to what we’re doing (and I mean “we” as an industry, not just 12 News). We’re not fawning over Florence to promote scare tactics or drive ratings, as some critics have suggested. We have a duty to inform. We have an oath to report. We have an obligation to prepare our viewership for a potential crisis. If that crisis never comes to pass, that’s great! That would certainly beat the alternative- like the hundreds of inmates who drowned or starved to death when they were left behind during Hurricane Katrina. Or the thousands of American citizens who passed in Puerto Rico after Maria knocked out power for weeks (and in some places, months).

Watches and warnings save lives. An academic paper published by the National Hurricane Center suggests damage-to-death ratios are linked to advances in technology. Storms are getting more destructive, but fewer people are dying because they know a storm is coming. In 2012, storm surge from Hurricane Sandy claimed 41 lives. Three category 4 hurricanes made landfall in the United States last year, but there were ZERO fatalities. 2017 just so happened to be the first year the National Weather Service issued storm surge watches and warnings along the continental coast, after a decade of perfecting the system.

Mankind is nearly powerless against an adversary as cruel and uncaring as nature can be, but our constant coverage is our best attempt to prevent catastrophe in the Carolinas. If you’re sick of hearing about it- good. That means the message is getting through. Raise your hand if you’d rather be annoyed than dead.