NICU volunteers are nurture superheros and we love them for it

The NICU volunteer family will grow. A $10,000 grant was awarded to Phoenix Children's Hospital by Huggies. This grant will help add 10 more volunteers to the NICU from their current volunteers at PCH. 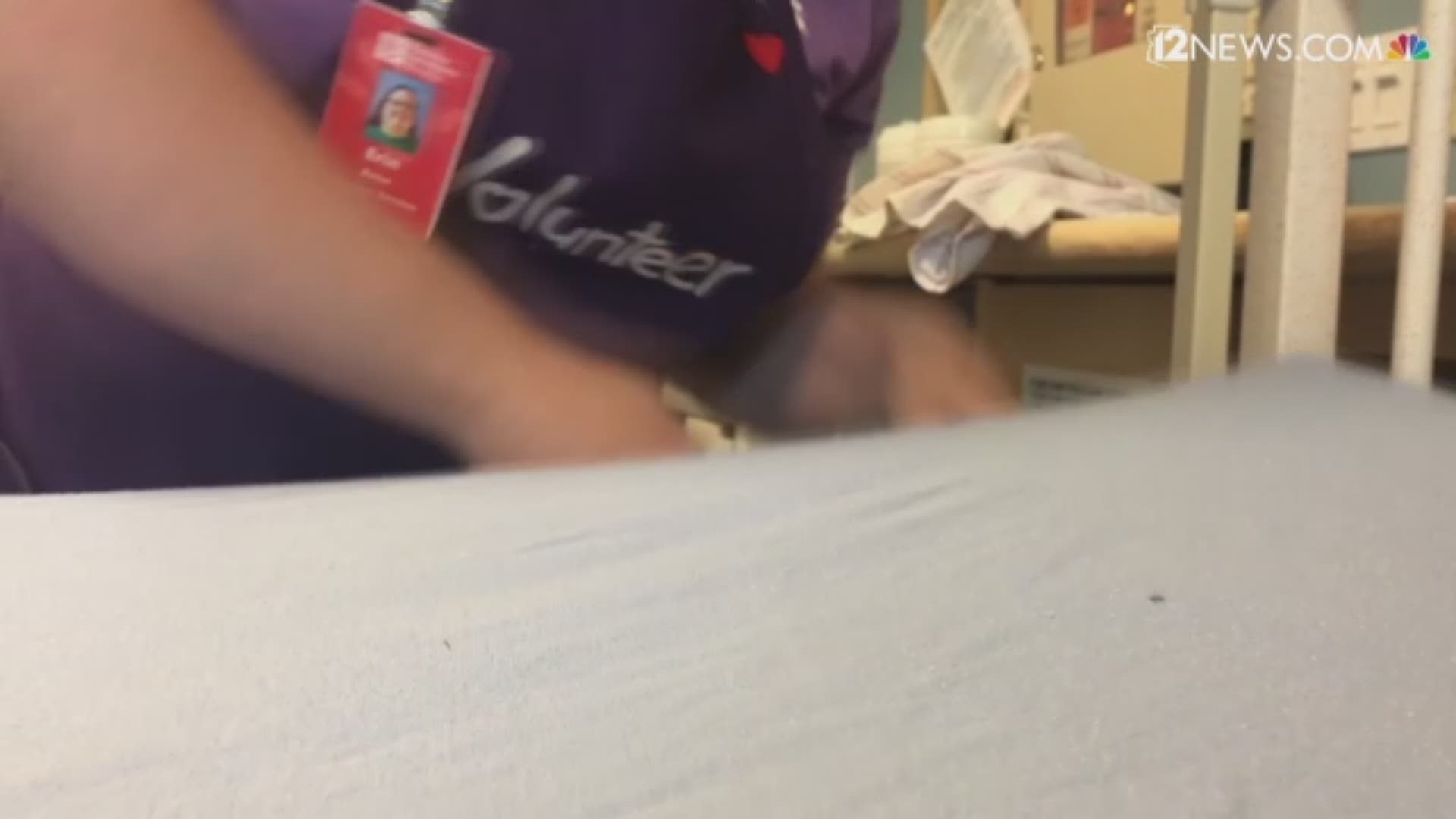 The excitement of taking your child home after giving birth can be a bit nerve-wracking for all the right reasons.

But when you are told there may be a chance your baby may have to be transferred into the NICU — it gets a bit scary.

"[It's] when a baby needs to be more in an intensive type of environment, then they will be taken into the NICU," said Marcia Bumnam a nurse in the Neonatal Intensive Care Unit at Phoenix Children's Hospital.

Many parents aren't able to nurture their babies while they are in the NICU as much because they have to go back to work. This is where the NICU volunteers become superhero nurturers.

"Our volunteers are the lifesavers of this unit, and they are here when parents can't be," said Marcia.

As she tries to hold back her tears, Marcia says how it's so important to have volunteers be with the babies in the NICU to be able to give them love and warmth. It can be a scary situation for parents, but imagine how it is for the babies. It's the same.

"Our volunteers are like other mommies for them," said Marcia.

Now, the NICU volunteer family will grow. A $10,000 grant was awarded to Phoenix Children's Hospital by Huggies. This grant will help add 10 more volunteers to the NICU from their current volunteers at PCH.

Recommendations for offering peer support to all NICU parents as an integral component of family-centered care and comprehensive family support are presented, according to the U.S. National Library of Medicine.

Erin has been volunteering at PCH for several years and says it's a thorough process to become a NICU volunteer.

She, herself, needed to go through a background check, interviews and needed reference letters.

Erin gave us a tour of some of the areas in the NICU where we were permitted to film.

"It [doesn't] take a lot out of you, but it opens you up to a lot of things that I think in the end are good," said Erin about volunteering in the NICU.

Erin says volunteering in the NICU is a way for people to relate to what other families are going through and help them feel better.

She says there's definitely many emotional moments. Some babies do well and some don't.

Erin is just happy to be around the babies in the NICU because she understands it can become a tough moment. With her volunteer efforts, she hopes that she brings out that light of hope for families.

At the moment, PCH is not accepting volunteers for the NICU. The hospital does suggest that people start off volunteering at PCH in general to hopefully get to volunteer in the NICU.