From the homes of sports superstars and ones that feature a little bit of Arizona history to others with gorgeous views and one that has a massive lazy river, the Arizona housing market in 2018 was full of some remarkable homes.
Author: Hayden Packwood
Published: 11:57 AM MST December 27, 2018
Updated: 4:18 PM MST December 27, 2018

If 2017 told us anything, it's that the Arizona housing market is full of some incredibly unique homes.

From the homes of sports superstars and ones that feature a little bit of Arizona history to others with gorgeous views and one that has a massive lazy river, the Arizona housing market in 2018 was full of some of the most beautiful homes we've ever seen.

At 10814 E. Heritage Court in Scottsdale sits a 14,350-square-foot home that has a price tag like no other in Arizona.

Built in 2004 and renovated in 2018, the 9.5-bath, 9-bedroom mansion takes up two lots in the exclusive Silverleaf community.

"The attention to detail is remarkable, and the use of fine materials in unconventional ways sets this home apart," Silverleaf Realty writes.

The views are pretty remarkable too.

"Paradise Valley's most sought after estate"

Its name translates to "beautiful paradise," and the name fits perfectly.

The 20,000-square-foot estate sits on the south side of Mummy Mountain. It features six bedrooms, 12.5 bathrooms and a garage that can hold up to 20 vehicles.

And as the listing says, that's not even its best attributes. That distinction belongs to the views.

While not the most expensive, it'll set you back a pretty penny. Bella Paradiso was listed at $22,888,000. But don't worry, there's plenty of space to entertain, like in the ballroom that can hold up to 200 guests.

"In the heart of Paradise Valley"

The home features eight bedrooms and 11 bathrooms. There's also a basketball court with electronic scoreboard and a grand theater in the main home.

It's described as a "magnificent home" that's "unparalleled in its construction quality and architectural precision."

"This palatial Mediterranean estate is a master class in what can be achieved with the worlds finest materials, a renowned team of artisans, and an unlimited budget," Sotheby's International Realty writes.

According to the listing, each 2-acre part of the home was "designed and built in over a ten-year period."

And the estate's design, the listing says, "guarantees beauty from every room."

"Simple words," the listing says, "cannot describe an estate of this stature.

"The polished elegance and imposing beauty are what movies are made of, and it's easy to imagine many a movie being filmed in this magnificent showpiece," Launch Real Estate writes.

It comes with some pretty spectacular amenities like a home theater and two-story library.

There's also an elevator that can hold up to 25 people.

The elevator, according to the listing, serves as the "focal point so spectacular that it will take your breath away."

And in what might be the most Arizona thing ever, there's also an indoor shooting range.

It's called the Bramasole Estate and, according to Launch Real Estate, Bramasole is an Italian word meaning “to yearn for the sun."

And catching the perfect sunrays is kind of the talking point of this home. Its backyard rivals a resort pool setting.

"The Bramasole Estate owners bought the property behind the home to have a one of a kind outdoor space that was inspired by the Grand Wailea Resort in Maui, Hawaii," Launch Real Estate writes.

"The home offers so many different areas to experience, it could take you weeks to explore them all," Launch Real Estate says.

"A precursor to the Guggenheim Museum in New York City"

Nestled in the Arcadia neighborhood is a piece of Phoenix's architectural history.

According to the listing, the home is "one of three spiral designs realized by Frank Lloyd Wright."

"The offer includes reproductions of the signature ''March Balloons'' carpet designed by Wright for the living room and a dining table and chairs," the listing says.

The Norman Lykes House is an architectural treasure and one of Phoenix’s most iconic homes.

The circular home, named for who it was initially designed for, is the last house ever designed by renowned architect Frank Lloyd Wright.

"The Phoenix home is built into the side of the mountain, offering breathtaking views of the city. Wright designed the home specifically for the rocky, uneven site," the Frank Lloyd Wright Foundation writes of the home. 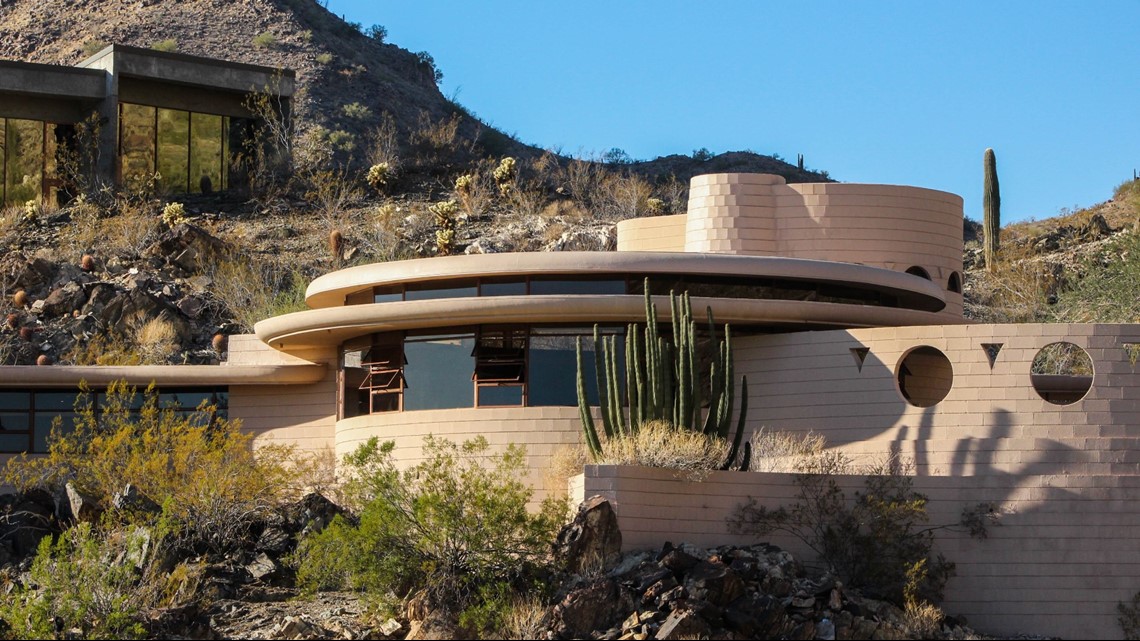 "Brought back to life"

A little big piece of Arizona history was listed for $6.2 million in 2018.

Now, it's a 12,000-square-foot private residence with eight bedrooms, seven bathrooms and "every modern amenity steeped in old world charm."

And it comes with "incredible views of the entire Verde Valley, Cleopatra Hill & Jerome" which provide the "perfect backdrop for an experience of a lifetime at The Little Daisy."

Larry Fitzgerald's posh Paradise Valley pad was quite the catch when it hit the market in 2018 for $5 million.

The double-gated "compound" is just under two acres and comes with five bedrooms in the 8,000-square-foot main house and two in a 1,100-square-foot guest house.

The backyard has two pools, a spa, slide and waterfalls all connected by a lazy river.

And of course there's a home theater and a garage big enough to hold a dozen cars. 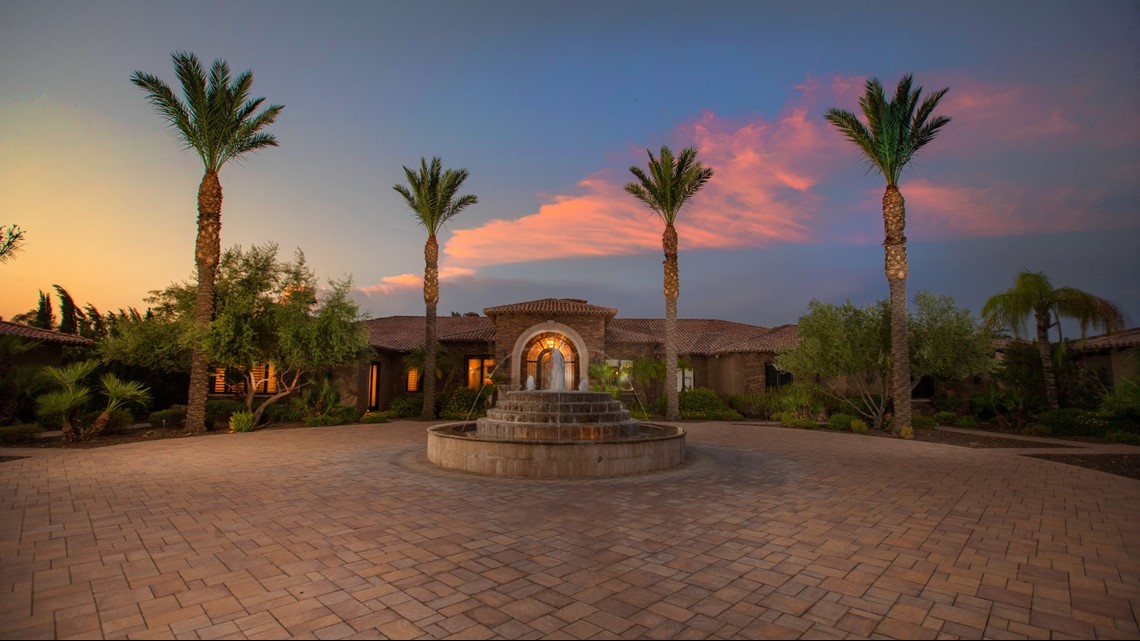 The most decorated Olympian of all time listed his Paradise Valley home for just over $4 million in 2018.

According to the listing, Michael Phelp's former 6,000-square-foot home has 5 bedrooms, 7 baths and plenty of other amenities including a beautiful-looking pool.

He later sold it for $3.5 million back in November.