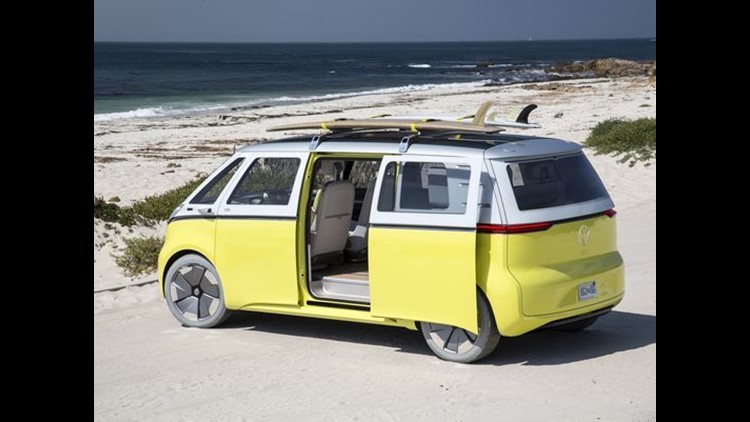 Volswagen said it would start selling the I.D. Buzz microbus in 2022.

The vehicle will hit dealerships in 2022.

Seeking to reignite Americans' love affair with the microbus, Volkswagen Group said Saturday that it would bring the beloved vehicle back to its lineup.

Although it won't hit dealerships until 2022, VW said it would make the I.D. Buzz as a production vehicle after the concept version stole the spotlight at the Detroit auto show in January.

Designed as a throwback to the old microbus that was among the most recognizable Volkswagens in the German brand's 1960s hippie heyday, the I.D. Buzz will be available in North America, Europe and China.

It seeks to capitalize on a trend on social media of young adults promoting their road trips in old-school vans under the hashtag #vanlife.

"After the presentations at the global motor shows in Detroit and Geneva, we received a large number of letters and emails from customers who said, 'please build this car,'" Volkswagen brand CEO Herbert Diess said in a statement.

The company made the announcement at an annual car show in Pebble Beach because "the microbus has long been part of the California lifestyle," Diess said.

The vehicle will get semi-self-driving capability, VW said. And the company said it would make a commercial van version of the vehicle called the I.D. Buzz Cargo, which would compete in a flourishing segment against models such as the Ford Transit and Ram ProMaster.

With its batteries and electric motor positioned underneath the floor, the vehicle has a "massively spacious interior and great proportions," VW bragged.

It "looks like a compact commercial van on the outside, even though it offers the generous interior space of a large SUV," Diess said.