12 News has obtained the surveillance video showing the incident between a shoplifting suspect and a Phoenix police officer. 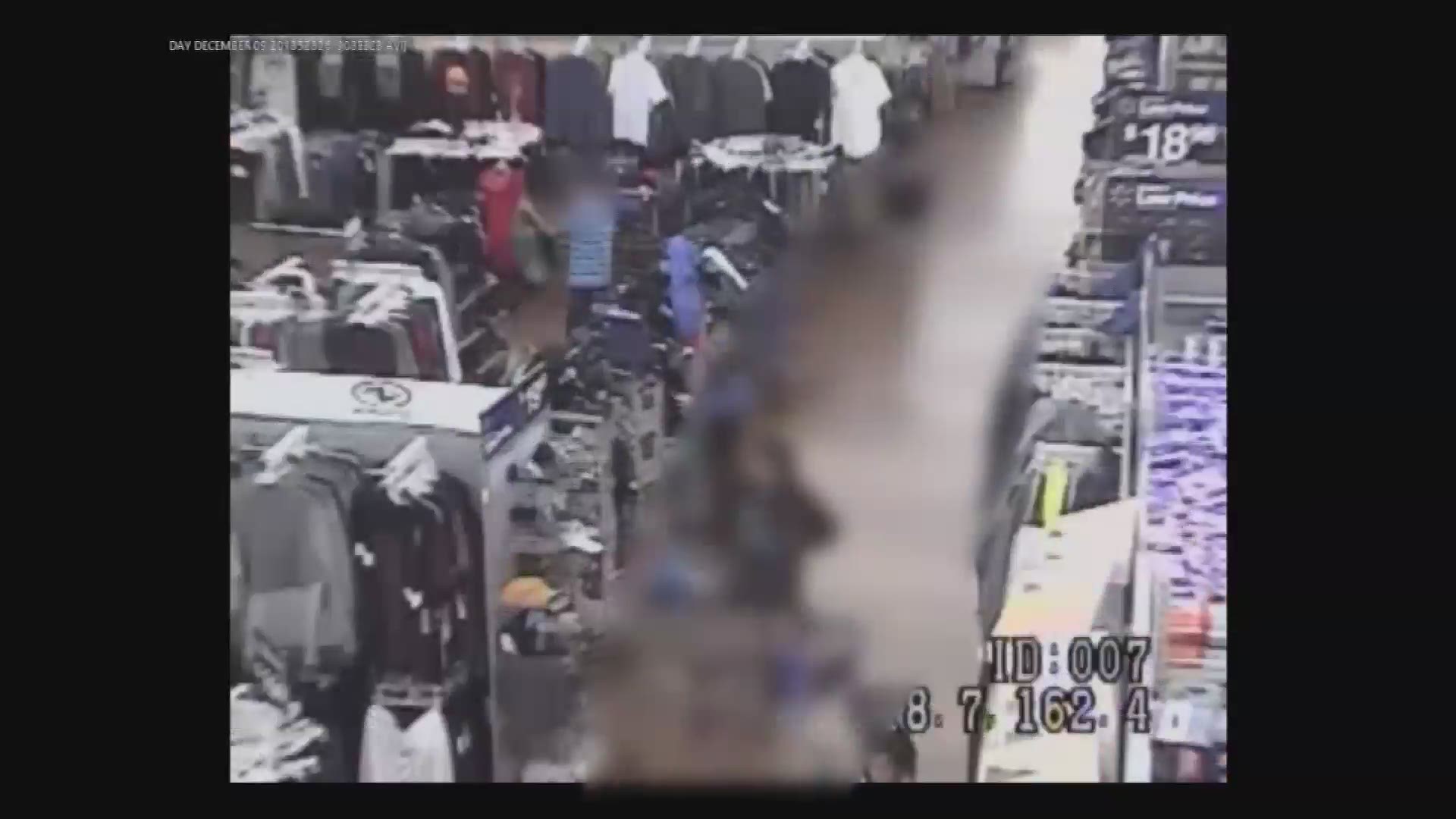 The Phoenix Police Department is recommending an assault charge after the Dec. 8, 2018 incident.

Forty-four-year-old Officer Timothy Baiardi was working off duty at a Walmart near 51st Avenue and Indian School Road.

According to the police report, Baiardi arrested 22-year-old Roger Moran in the men’s clothing area of the store on suspicion of shoplifting. New surveillance video shows Moran taking a pair of pants from a shelf, taking off his own pants and putting on the merchandise.

The report says Moran resisted arrest and fought with Baiardi in the process.

According to a booking report, in the process of taking Moran into custody, Baiardi kneed the suspect two to three times and punched him four to five times.

After Moran was handcuffed, Baiardi escorted him to the loss prevention office and told Moran to sit down on a bench.

Once Moran did, Baiardi slapped Moran across the left side of his face, the police report says.

The criminal investigation has been submitted to the Maricopa County Attorney’s Office for review.