VIDEO: Richard Panik during Scottsdale arrest: 'I play for the Coyotes'

Panik was cited for trespassing and released from jail in April after he wouldn't leave the entrance to Bevvy in Scottsdale. 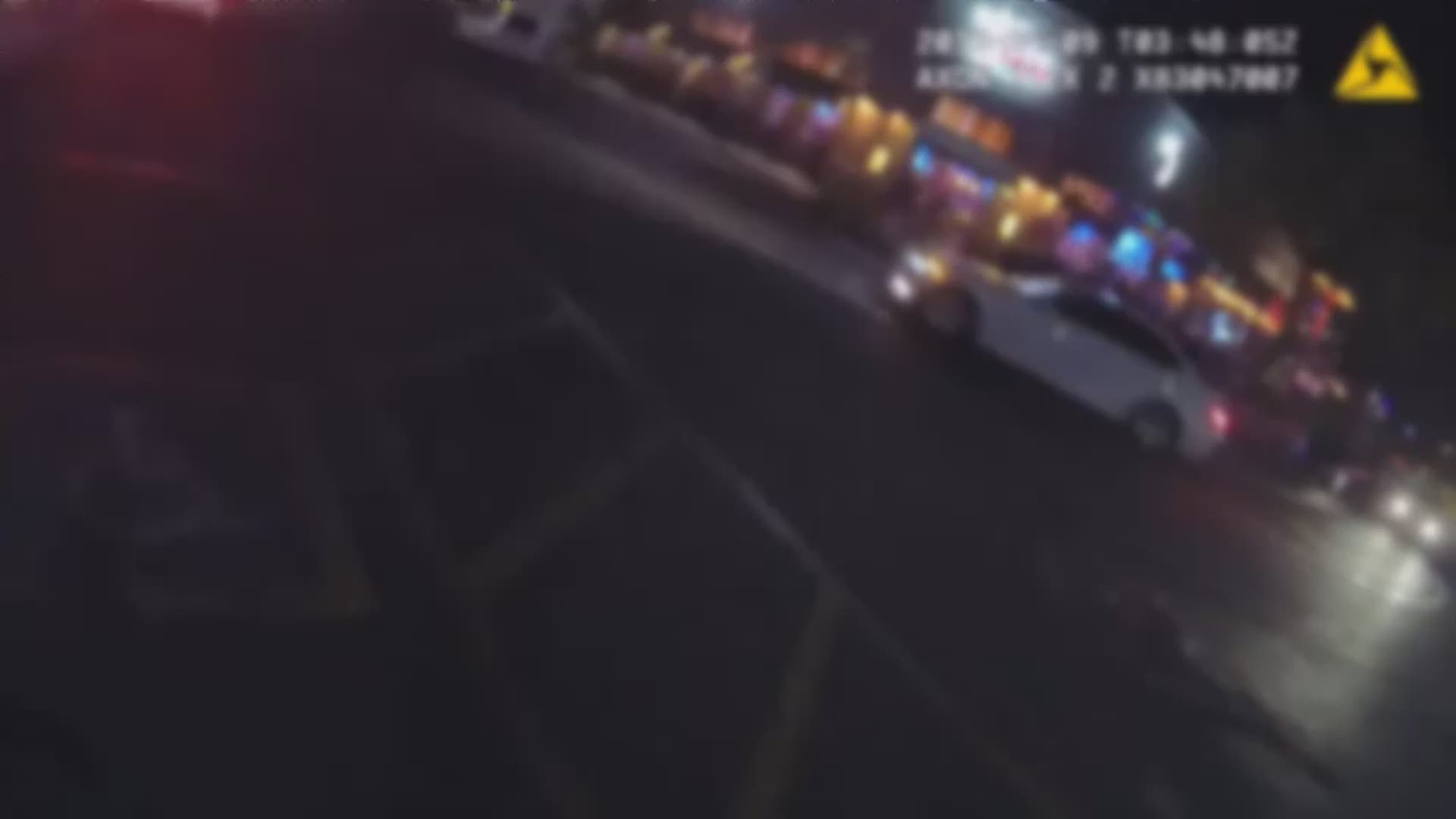 SCOTTSDALE, Ariz. — Arizona Coyotes forward Richard Panik was arrested in April by Scottsdale police for trespassing when he, drunkenly, refused to leave the entrance to Bevvy in Old Town.

According to the police report, Bevvy manager John Turro denied Panik entry into the club because he was intoxicated. After police arrived and asked Panik to move to the sidewalk, Panik claimed to know the law better than the police did.

When Panik refused to leave, police asked Turro if he would aid in prosecution for trespassing and he replied he would. Police then escorted Panik from the club entrance and arrested him for trespass.

The Scottsdale Police Department released the body cam video, which shows Panik mentioning multiple times that he plays for the Coyotes.

Around the 4:15 mark in the video, Panik is apologetic and tries to reason with police, saying it is 3 a.m. when police correct Panik and say it isn't even 9 p.m.

Panik said he was with a party and they started around 2 p.m.

Around the 9:20 mark, Panik says he would never disagree with the police. When the officer asks why he didn't listen when he was asked to step away from the entrance, Panik says he was given only 10 seconds.

Panik was cited for a misdemeanor trespass and was released.

The Coyotes acquired the 27-year-old Czech forward from Chicago prior to last season. In 72 games for Arizona last season, Panik had 35 points with 14 goals and 21 assists.